Terror Awaits on THE OTHER SIDE OF THE DOOR 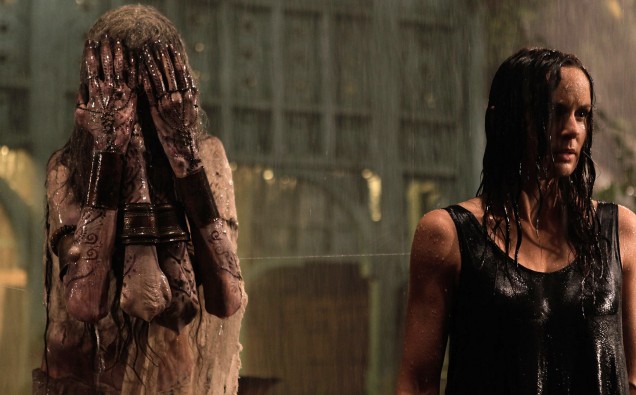 How far would you go to say goodbye to someone who has already passed away?  Would you be willing to disrupt the delicate balance between life and death?  These questions are at the core of writer/director Johannes Roberts’ latest supernatural creeper: THE OTHER SIDE OF THE DOOR.  Check out this blood freezing trailer below.

THE OTHER SIDE OF THE DOOR is being produced by horror heavyweight Alexandre Aja, the “Extreme” French filmmaker who helmed the incomparable HIGH TENSION; Aja also directed and/or produced the American horror hits THE HILLS HAVE EYES, P2, and HORNS.  Just about everything this man touches turns to gold, so his participation in this film bodes incredibly well.

From the Production Notes: “Roberts and [co-writer] Ernest Riera were fascinated by the Aghori, Indian natives who have a connection to the evil spirit that has returned with Oliver [the “young son” in the film].  To ensure authenticity in the portrayal of the Aghori, the filmmakers conducted extensive research into various Hindu rituals and mythologies.”

We’ll bring you a review of THE OTHER SIDE OF THE DOOR after its release on March 4th.  Stay up-to-date on news and additional trailers by following the film on Facebook: HERE, and on Twitter: HERE.

Does THE OTHER SIDE OF THE DOOR look like a film you’d like to see?  What did you think of the trailer?  Sound off in the Comments section!