Terrordrome: Rise of the Boogeymen

Why have I never heard of this?! 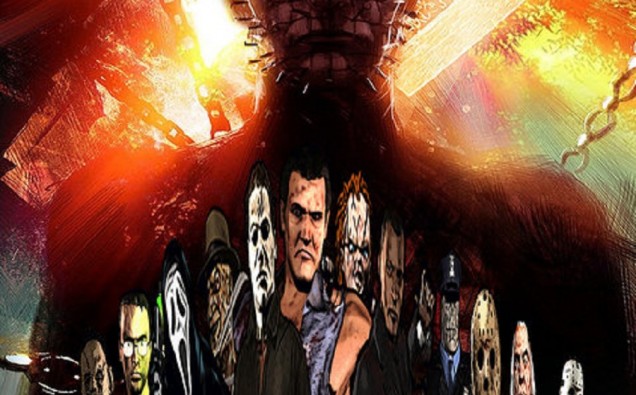 Anyway, Terrordrome! What is it? Well, a few years back (I don’t know the exact date, at least 2013), a fan-made fighting game was made. What’s special about it? The fact that the entire roster is made up of horror icons ranging from Jason Voorhees to Maniac Cop! 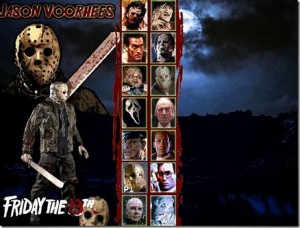 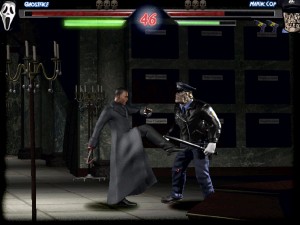 How the hell did I not know about this?! I just found out about this game like a week ago, & it’s been out for years! It’s free, has original story intros/outros for all the characters, original sprites, & settings/sound clips/theme songs from all the respective movies. 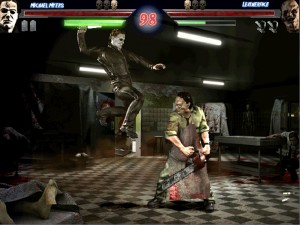 The controls are solid (not great, but what can you expect), the graphics are pretty  impressive (for a passion project), & it’s just an overall great concept. All the detail, all the work put into it, all the little things only slasher lovers like us would get (Right? Riiiight?); this is just a big love letter to the slasher genre. If you haven’t played this yet (& have time to waste), you can download the game at the official website for free!

Speaking of love letters to the slasher genre, you guys should totally check out John Lepper’s (the guy who co-runs this site/overall cool guy) new project, We Kill The Dead! It’s a upcoming comic book featuring loads of indie slashers from a multitude of horror flicks, plus a secret A-list slasher that no one knows about…I mean, not even me, & I work here. Exciting! You can help the project by supporting it’s indiegogo right here!

So much slasher stuff going on! It’s good to be a horror fan!

Oh! And here’s some gameplay footage!