Your childhood was more fucked up than you realize! 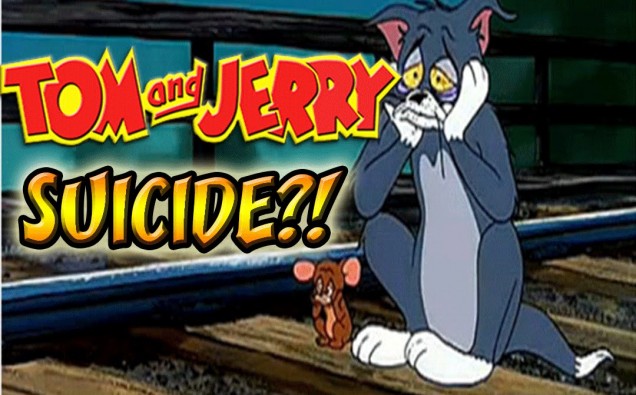 But one of the darkest cartoon conspiracy theories isn’t a theory at all: In 1956, beloved cat and mouse duo Tom & Jerry committed suicide.  Fact.

In the episode, BLUE CAT BLUES, Jerry stumbles upon a forlorn Tom sitting on a set of train tracks; you can hear an engine approaching in the distance.  An omniscient narrator delivers a mental soliloquy:

“In a few minutes, it will all be over.  And for the first time since he met him, he’ll be happy.  It’s better this way.” 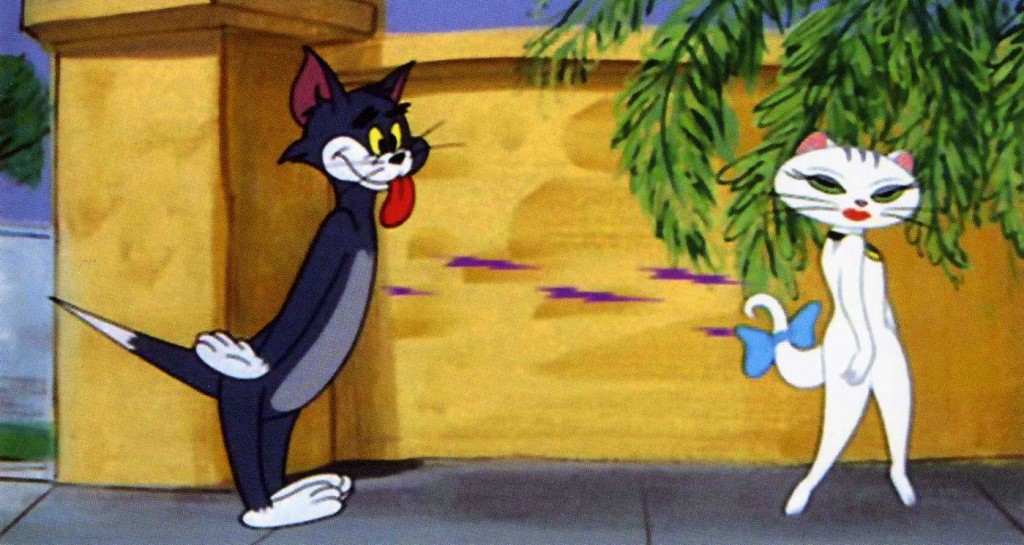 The cartoon then goes into flashback mode, explaining how Tom came to this state of extreme despair.  As some might suspect, it all has to do with a lady cat.  See, Tom in smitten by the sexy white feline who lives in the alley.  He spends all his money trying to impress her, but instead of returning his amorous desires, she dumps him in favor of the slick cigarette-smoking cat with a car and sunglasses.

As the train barrels ever closer, Jerry reflects on how lucky he is to have a girlfriend who loves him.  But in a shocking twist, Jerry turns his head just in time to see that his love has eloped with his rival, the white beatnik mouse.  Distraught, Jerry joins his frenemy Tom on the tracks.

So while the cartoon ends before the moment of impact, it’s a foregone conclusion that this is a suicide pact.

You Tube user KMACK TIME is an avid cartoon conspiracy theorists.  Check out his breakdown of the infamous BLUE CAT BLUES below.

Do you find it shocking or inconsequential that Tom and Jerry committed suicide back in the 1950’s?  Sound off in the Comments section!