Featuring actors from all over the world! 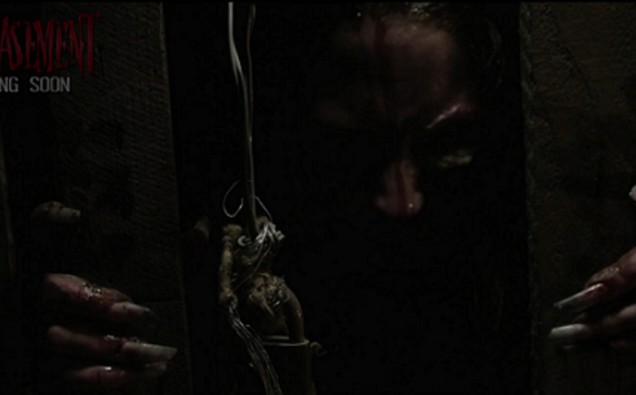 Gotta love Euro horror. So much creativity comes out of that continent. A new movie came to my attention, called “The Basement”. Simple name, interesting premise, perhaps historic ramifications.

A lot of blood and death, hellish freaks, and an abandoned basement. A really scary and creepy horror film could come next year!

The Basement will be a high-quality, super scary independent horror movie. The story is about a group of international students, who end up in a horrific basement, after a huge house party. Officially the place is totally abandoned for decades, but for real: mysteries, supernatural freaks, blood and death awaits them. They try to escape at all costs, but it’s getting worse in every moment.

It will be a great challenge, because the movie will be shot with young actors from UK, Hungary, Germany, Japan, and from the United States of America!

“The Basement” is being funded on Indiegogo and that means YOU can be a part of horror history!

This feature film is directed, written and produced by Laszlo Illes, who is working in the European film industry for more than 15 years. He is only 28 years old, but during his career he made a lot of commercials, music videos, and shorts. His first feature film will be released in Hungarian cinemas this year. The Basement would be his first international movie. His dream is to make block-busters in Hollywood, so this project could be his first step to L.A..

To stay up to date with all the production details be sure to visit The Basement Horror Movie’s Facebook page, or you can check it on IMDB.

Having already raised more than $3500 in 22 days, it would seem that there is certainly some excitement about this film. But they have a long way to go and they need your help! You can scope the trailer below: