The most foul-tempered rodent ye ever laid eyes on! 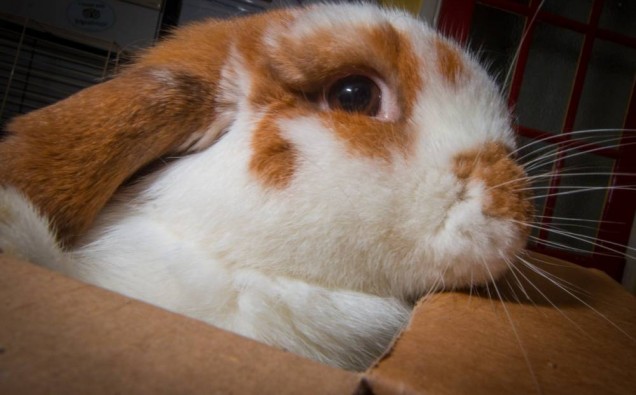 Does anyone have the Holy Hand Grenade of Antioch handy? If so, please lend it to Maria’s Animal Shelter in Probus, Cornwall? It seems the shelter has been under siege by an ill-tempered rabbit by the name of Jack (though not-so-affectionately nicknamed Damian) since October of last year.

Jack is a 6 month old lop-ear who presumably massacred his former owners before coming to live at the shelter. Since his arrival, Jack has displayed a level of aggression which shelter founder Maria Mulkeen has never seen.

Jack appears to enjoy the taste of flesh. Human flesh. Incidents include the biting and refusing to let go of the hand of a woman, chasing and biting another person around a room until help arrived, and the repeated biting of Sandra Mcllduff, an animal behaviourist called in to help reform the beast.

It is this writer’s opinion that the wee beast is the results of a military experiment gone awry. Hopefully the adorable monster can be brought done before it multiplies and killer rabbits overrun the world.