The Blair Witch: A worthy sequel to a legendary film 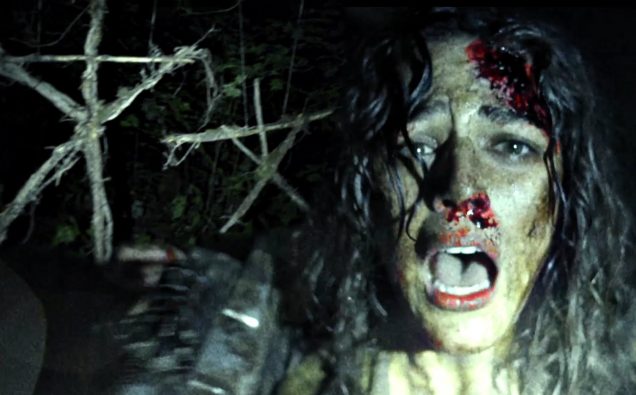 The original The Blair Witch Project is one of the biggest mile stones in the horror genre. It basically invented the concept of viral marketing, catapulted the found footage style into the spotlight, and set what was at the time a Guinness World Record for “Top Budget: Box Office Ratio” with a $1: $10, 931 figure. Like it or hate it, you can’t argue against its place in history.

I, for one, love it. I love found footage and The Blair Witch Project is one of the best put together. It’s a real slowburn that keeps you on the edge of your seat, anticipating what will happen next. And it uses the John Carpenter method of fear: less is more. Not seeing is scarier because your mind will imagine something more horrifying than the director could possibly put on screen.

There was a sequel titled Book of Shadows: Blair Witch 2 which broke from the found footage style and was met with very lukewarm reception. But, just a couple months back, it was revealed that an already highly-anticipated film called The Woods was in fact a Blair Witch sequel in disguise, a masterstroke of marketing ingenuity and control in an era where it seems that there are leaks from every film in production. And today the film came out.

I went to see the film, at once excited and anxious. I love Blair Witch but I also love Independence Day and we all know how that turned out. Fortunately, I was not disappointed. At all. In fact, at the time of writing this, The Blair Witch now takes the spot for best horror film of the year, in my mind! It. Is. Intense.

Telling the story of Heather’s (the female protagonist from the first film) brother seeing footage online which he believes is of his sister, he gathers a few of his friends to venture into the same woods to attempt to finally find out what happened to her. And, well, he finds out in a very personal way.

Returning to the found footage style of the first film, this followup abandons the slowburn route. After establishing the plot, this film instead plunges the viewer into what had to be about 40 minutes of complete non-stop what-the-fuck insanity. The original keeps you on the edge of your seat, this sequel makes you grip the armrests until your knuckles hurt, barring the few times I literally pointed at the screen, mouth ajar, and uttered various profanities at the spectacle I had just witnessed.

Oh, and you do get to see the witch.

I personally want to see more sequels now. Not only was this film amazingly made, it added a bit more to the mythos of the Blair Witch and I want even more little tidbits wrapped up in a crazy, adrenaline fueled, nightmare funhouse package.