The Blood Shed To Review Masters of Horror

One of the Greatest Horror Series in Television History

Masters of Horror was an absolutely fantastic idea for a TV series. Take some of horror’s most legendary figures (were talking names like John Carpenter, Tobe Hooper, John Landis, Dario Argentio, Takashi Miike, and many more) give them free reign and a decent budget, a channel they could release their work uncensored, and a brand name to tie everything together. In practice, it actually did deliver some fantastic stories, a few that rank among the best horror television ever. Others… well maybe not so much. 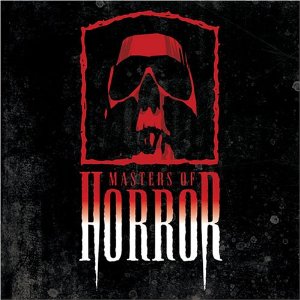 Still, Masters was a landmark TV series that, while not exactly forgotten, is certainly under-appreciated. For that reason, plus because I just thought it would be fun, I’m going to be revisiting the series, with a review released every Friday, chronologically with episode air dates, until I’m through, with a final retrospective on the series as a whole. First up this Friday will be the series premier episode Incident On and Off a Mountain Road released all the way back on October 28, 2005, so be sure to check back later. Until then, keep your weapons sharpened Blood Shed devotees, and keep checking back for all the quality horror stories you know and love.

Jeff is a writer for the Blood Shed and eats, drinks, and bleeds horror. You can follow him on Instagram @thatjeffreyguy