The Burmese Python: An Invasive Species

Little can be done to stop this enourmous snake from destroying the Florida Everglades. 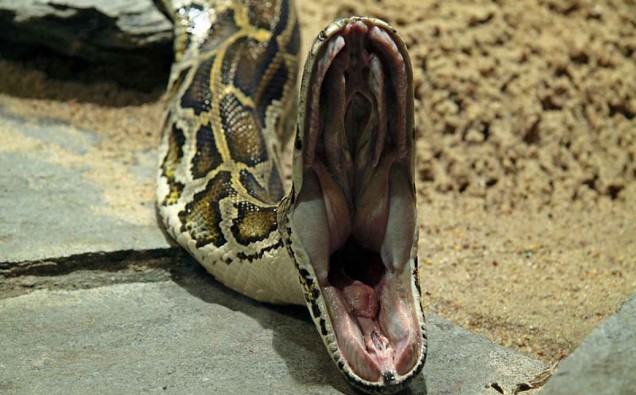 The Burmese Python is native to Southeast Asia, and is one of the five largest snakes in the world. 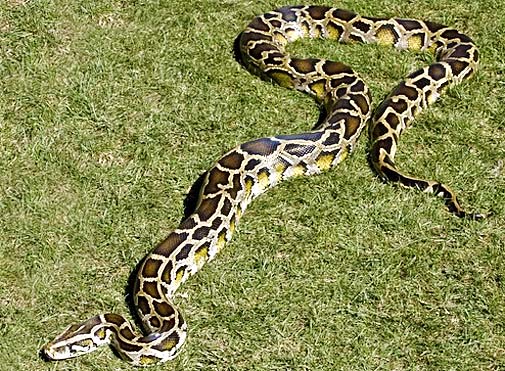 Sometimes found in trees, this rapidly growing snake can reach lengths of 23 feet and is usually found near water. With a carnivorous diet, this apex predator is at the top of the food chain, and causing havoc as an invasive species to the Florida Everglades.

In 1992, Hurricane Andrew destroyed many snake breeding houses. Many young pythons retreated into the Everglades, combined with irresponsible pet owners releasing them into the wild, the pythons began breeding at a rapid rate.

A Burmese Python can produce up to 100 eggs at a time. After the eggs are laid the mother coils around them, uses her vibrating muscles to keep them warm, and unlike other snakes she will not leave until they hatch. Once the snakes are born they are left to fend for themselves, and have a high survival rate. 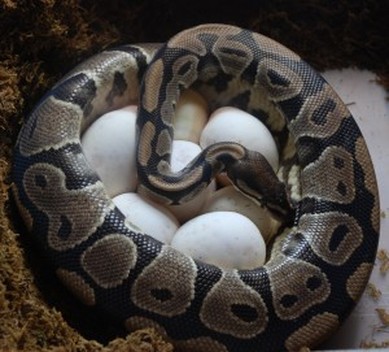 With a lifespan of up to 30 years, it isn’t difficult to see why this snake is slowly but surely threatening the survival of the ecosystem. As their numbers (and size) continue to grow, the Burmese Pythons are eating everything from deer, boar, raccoon, rabbits, to even alligators dominating every native species that is competing for food.

There are an estimated 150,000 Burmese Pythons living in the 1.5 million acre Everglade wilderness. Removing these snakes is very difficult, but some believe not impossible. The Florida Fish and Wildlife Commission has developed The Python Patrol, a patrolling task force that is trained to identify and remove Burmese Pythons from the Everglades.

This job is not only dangerous, but extremely difficult. The Burmese Python has two lungs (unlike other snakes that only have one) and can hold their breath for hours under water. Also, they are not afraid of humans. Despite the efforts of those trying to save the Everglades, these snakes have taken over and have been seen moving inland. They have attacked pets as well as humans when approached.

Due to the snakes’ ability to survive in warm temperatures, another fear is that they could be migrating towards Georgia. Eventually the pythons could take over the bottom third of the United States, including the Gulf Coast.

There is no simple solution to this problem in Florida. As the threat of ecosystem destruction continues to grow, there is no positive end in sight. If this snake continues to evolve, it may take the next ice age to stop them!