The Conjuring 2 Review: Another File Opened 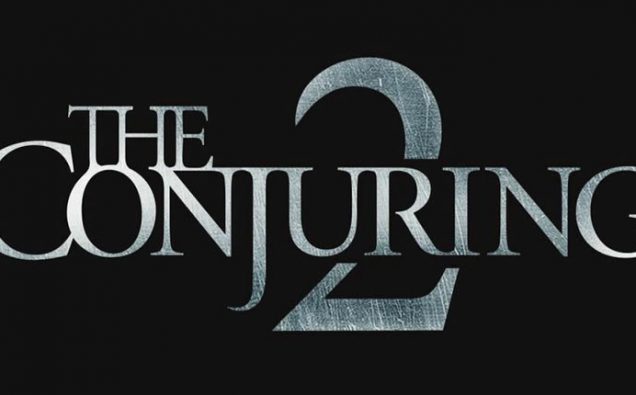 The Conjuring was an absolute smash in every sense of the term. Horror fans loved it, critics adored it, and studios just about creamed their expensive suit pants when the $20 million dollar film made over $300 million at the box office. Following the “true” case files of famed paranormal inspectors Ed and Lorraine Warren, it was a haunted house film done right, and proof that good horror could appeal to a wide audience.

Three years later, James Wan returns deliver us another investigation, this time into what are arguably the two most famous incidents in paranormal history; The Enfield Poltergeist and the Amityville horror. But even with the wonderfully charismatic Vera Farmiga and Patrick Wilson returning as the ghost hunting Warrens and plenty more scary ass looking demons to jump out of dark corners, can The Conjuring 2 hold it’s own in the shadow of it’s superior original?

One thing a lot of sequels tend to fall victim to is a feeling of  being “tacked on.” It’s like if Quentin Tarantino were to make a third Kill Bill; Bill’s already dead, so what the hells the point? The Conjuring 2 does manage to avoid this issue pretty deftly, with the events of the first film only briefly referenced towards the end.  The Warrens are the most famous paranormal investigators in history for a reason; their backlog of cases could make for a dozens films without getting stale, allowing this to be a rare sequel that is also a breath of fresh air.

Ed and Lorraine are once again a real highlight, but this time are given even more room to grow. Dialing back the scares to do character studies might sound like a bad idea, but it’s one more horror films should look into. When’s the last time you gave a shit if someone died in a horror movie? I know it’s certainly been awhile for me, but Farmiga and Wilson’s natural chemistry and some really stellar writing add weight to the story, and allow the audience to gradually begin care for these people. Some of the films best moments have not a ghost to be seen, but instead show a world weary Lorraine rest against Ed’s shoulder as he comforts her.

Unfortunately as far as the scares do go, the original does win out, and by a long shot. The main problem involves atmosphere; while The Conjuring 2 does have some, it’s of a much thinner variety. Setting is the key difference here; part of what made the original terrifying was it’s location. An isolated (and massive) farm house, full of hidden passages and closets for evil things to hide in, the home turf of Bathsheba was huge and rife with horrific imagery. The small English flat in Enfield just pails by comparison.

There are a few scenes that powerfully invoke the true terror of Conjuring #1 (a nail biting and beautifully shot scene involving a truly perverse painting of a nun comes to mind), overall the sequel is more content with jump scares and loud noises than building up tension. It’s still a scary film for sure, and some clever plotting allows for an absolutely killer climax, but it just can’t top the more self-contained original.

At the end of the haunting however, this is still a damn fine sequel, one that builds upon already strong characters and can deliver scares that hold their own against just about anything else coming out this summer. I’d tell you to go out and see it, but chances are if your a horror fan you have plans to already. Now on to the third case! Anyone else hoping for the werewolf exorcism?