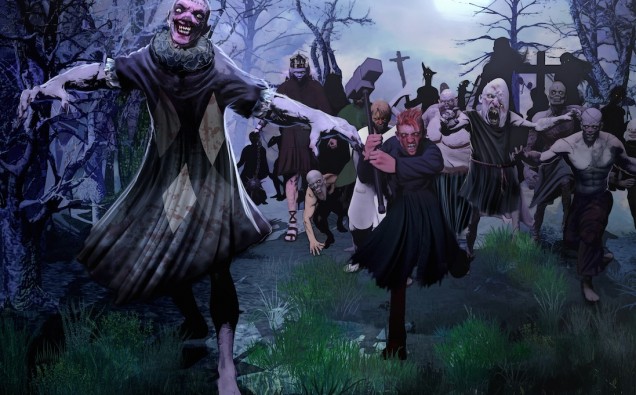 In case you could somehow miss such insane awesomeness, Escape from Jesus Island is an indie comic being put out by writer Shawn French and artist Mortimer Glum which is kinda like Jurassic Park… if you took out the dinosaurs and replaced them with mutant, cannibalistic, deformed, evil clones of Jesus Christ. Yes, it’s as amazing as it sounds. Well, the first 2 issues are out already and next month issue #3 launches, with a special variant cover! From the press release:

The horror comic Escape From Jesus Island has unveiled a gory new variant cover for its third issue, due out in June. The Geeky Variant cover will be available exclusively through Geeky Comics at conventions across the UK and at select retailers in the US.

In Second Son, the third installment of the Jesus-cloning horror series, the Vatican Black Ops have landed at the Malsum Island Research Facility with orders to steal the reborn Christ. To achieve their mission, they’ll have to contend with the full might of pharmaceutical titan ReGen Corp and the Antichrist’s mutant horde.

The variant cover is the result of a new partnership between US-based Wisdumb Productions and Geeky Comics in the UK.

“Geeky Comics has an established fan base that love horror so Escape from Jesus Island fits well with our readers,” said Geeky president Victor Wright. “Its gorgeous, bloody style attracts new eyes every show we attend. Just the title freaks people out, once they know the storyline and see Mortimer Glum’s artwork it’s a no brainer. We can’t wait to show people issue #3 with our gorgeous exclusive cover!”

“Geeky has been selling our first two issues at UK conventions as fast as I can ship them, so we’re psyched to give them a kickass cover all their own for Episode 3,” said EFJI writer Shawn French. “Artist Mortimer Glum went all kinds of crazy on this variant artwork and it’ll be fun watching people’s reactions.”

The controversial series is also being adapted into a video game by veteran designer Eric Pavone (Deus Ex: Human Revolution, Army of Two). The dungeon crawler will serve as a prequel to the comics and is a twisted coming of age story about a young Antichrist and his cannibalistic mutant horde.

The cover in question? Check out this slice of gory goodness: 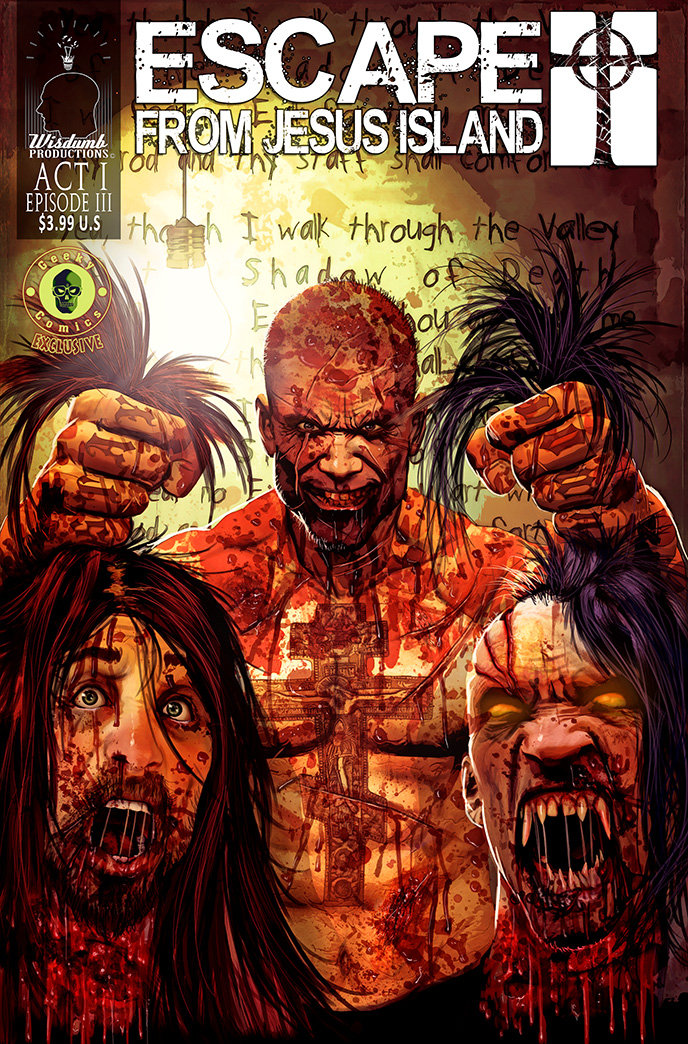 And be sure to check out EFJI on their official site and FB page:

And Geeky Comics at their official site: