This secluded island is home to a hostile tribe dedicated to the preservation of their culture. 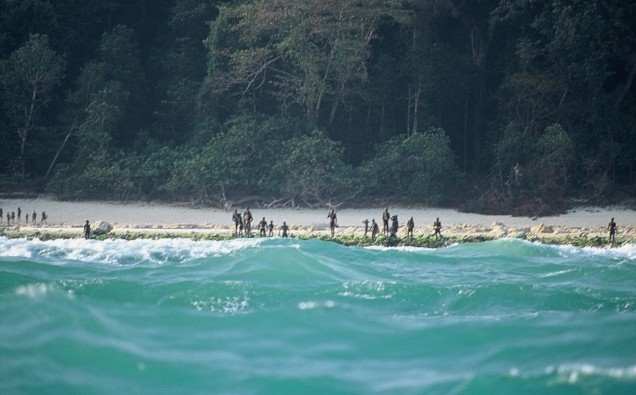 North Sentinel Island is one of the Andaman Islands, located in the Bay of Bengal. Surrounded by coral reefs and covered in jungle, this island is the home of what could be the last ancient tribe of people not affected by modern civilization. 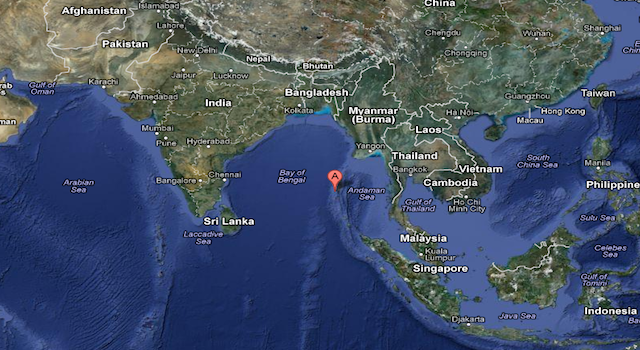 The Sentinelese tribe is so isolated from the modern world, they will attack anyone who approaches them in defense of preserving their culture. 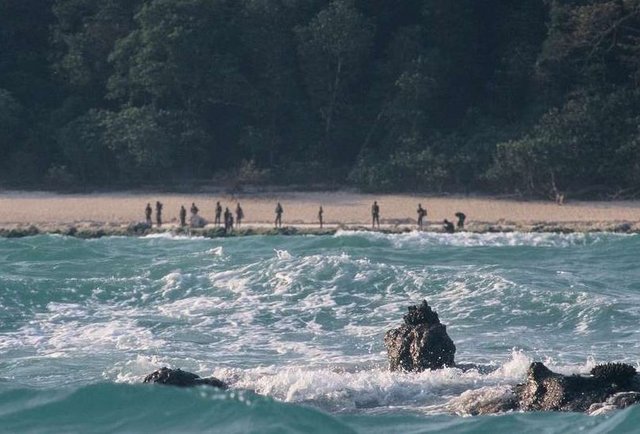 In an attempt to avoid violence, India has deemed the area within three miles of the island an exclusion zone. Although no treaty was ever signed, the island is considered in a state of limbo under established international law, and seen as a sovereign entity under the protection of India.

In 1896, a Hindu convict escaped prison using a raft and landed on the island. A few days later his body was found on the beach riddled with arrows and his throat was slashed.

In 1981, a Hong Kong freight ship (The Primrose) became stuck on the coral reef surrounding the forbidden island. Ordered to remain on the ship and await rescue, the crew observed the tribesmen on the beach. Armed with spears and bow and arrows, the Sentinelese began constructing rafts. After making a distress call, a two day standoff ensued until the crew was evacuated by helicopter.

In 1975 a National Geographic film crew lingered a little too long off the coast of the island. The director was shot in the thigh with an arrow. In the 1990s, the Sentinelese relaxed their guard a bit as the Indian government delivered coconuts and bananas overboard to wash up on shore. As the tribe waded into the water to retrieve the goods, arrows without heads were fired at the vessels as an obvious warning shot, indicating the visit was over.

In 2004, a devastating earthquake in the Indian Ocean created a tsunami. When a helicopter was deployed to check on the island’s people, the tribe began throwing stones and shooting arrows at the helicopter letting it know it was not welcome. 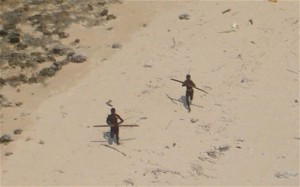 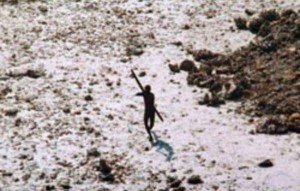 Little is known about the Sentinelese tribe due to the inability to study them. With dense cover it is difficult to see them by helicopter unless they are on the beach. It is believed they are hunters and gatherers, and do not utilize agriculture.

The tribe is believed to have been in existence since before the first ice age, and to be the direct decedents of the first humans out of Africa.

Although the small island is secluded, and didn’t attract settlers or colonial powers, the tribe could have had past conflicts with outsiders explaining their hostility.

The Sentinelese have survived thousands of years on a small island in the middle of the ocean without any modern medicine. It is a testament to the drive they have to preserve their culture.

Don’t attempt to approach this island even if you come bearing gifts, you will regret it.