The Future Can Be Scary

It's coming and it can't be stopped... 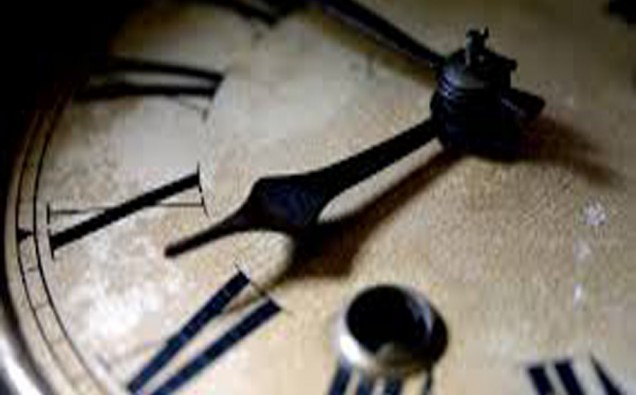 A new year has begun.  2015 has emerged as the past has evaporated.  There are people everywhere who are looking forward with hope and awe.  When a new year begins, many things are possible.  Yes, there is something exciting about a new year.  There is also something terrifying as well.  A new year ushers in a degree of uncertainty.

People fear change.  They become stuck in a place in their lives.  They might not be happy with the current situation.  But they’ve become comfortable because they’re used to it.  They’re afraid if they try to change the situation, they’ll fail.  Some people are scared by change, even if it could be for the better.  The same goes with time.  A new year means something different and some people don’t want things to change.  They want things to stay the same.

It’s hard to say what the future holds.  People react differently to the passing of time.  Some people eagerly await what’ll happen in the future.  Others prefer that things stay exactly how they are now.  There’s a degree of comfort in familiarity.  There’s also mixed emotions involved.  You can be excited at what the new year will bring.  However, you can also be scared that things won’t change for the better.  The future is scary due to the fact you can’t predict what’ll happen.
You can only hope for the best.