The Gallows: A first for genre hybridization!

We don't say his name 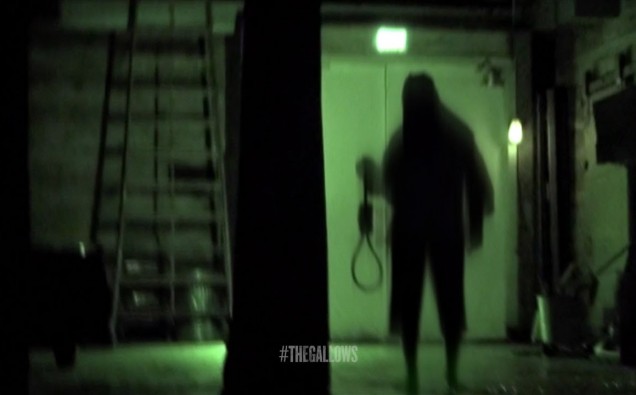 The Gallows just launched in theaters and has been getting some bad press. I for one can’t understand why. The film is about 3 high schoolers to break into the school after hours to sabotage the set of The Gallows, a play in which a boy named Charlie died during 20 years ago at the same school. Once in the school, they find themselves locked inside and strange things start to happen. It seems that Charlie is none too happy…

The film is a first in terms of hybridization. It combines the genres of paranormal, slasher, and found footage. The latter, I feel, is where the bad press stems from. It seems many people have an irrational hatred for found footage. I’ve never understood it. This film in particular actually has the most logical reason of any found footage film for why they are filming while all of this is going on. The lights won’t turn on in the school and they need the camera lights and nightvision to see.

The acting was pretty decent. Ryan and Cassidy did a very good job portraying their douchey characters and I legit could not wait to see them die. Acting is supposed to invoke feelings. Homicidal wishes towards a person is a feeling. Reese and Pfeifer’s characters are a bit more complex and I really enjoyed some of their scenes together.

Overall, this film was a very original concept done in an original manner, featuring some very clever writing in places and there was a pretty decent twist towards the end that made things a little bit more interesting. I expect nothing less from a Blum production and sincerely hope we see more of Charlie in the future. The Gallows is, in this writer’s opinion, the best slasher film of the year thus far.