Does Blumhouses's Latest Bring the Thrills? 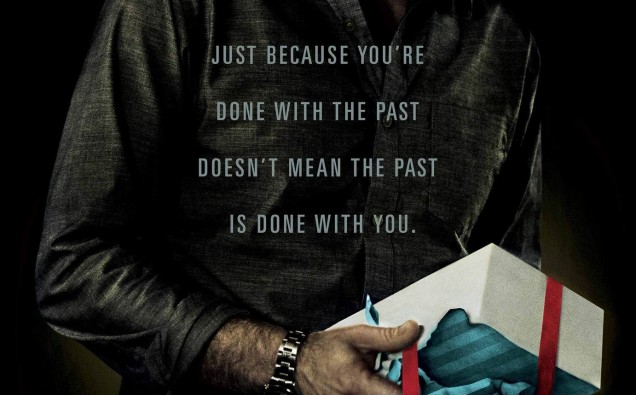 Sometimes, what could be considered an average film at best is made significantly better by a small factor. Maybe it’s solid directing, a good performance, a strong score; the list goes on. And here we have The Gift, a film that you’ve likely seen before, but maybe not executed quite so well. Joel Edgerton (perhaps best known for playing Tom Buchanan in 2013’s The Great Gatsby) shows serious skill not only in building suspense as a first time director, but also his versatility as an actor, portraying one of the best movie creeps in recent memory. While it won’t be winning any points for originality The Gift makes for an excellent summer thriller.

After the death of their unborn child, businessman Simon and his beautiful wife Robyn decide to move to California, a few minutes drive from Simon’s childhood home. At first, everything seems hunky-dory, from their purchase of a big new house with an excessive number of windows, to a big lawn for their golden retriever Jangles to run through. Basically rich white person paradise.

Unfortunately for the couple, a new “friend” rather forcibly enters himself into their life. Gordo, an old acquaintance of  Simon’s from highschool, hasn’t been doing very well for himself. The mans a bit of an enigma (we know he served time in the army, and possibly some time in jail), but the one thing that is clear about him is that he’s creepy. Not creepy in a “I have duct tape and stains of  mysterious origins in my trunk” creepy, but definitely socially awkward if nothing else.

But after a few uncomfortable dinners, and one or two “incidents” Simon finally tells Gordo “Dude your creepy af, stay the hell away from us”(I might have paraphrased a little bit). And Gordo, well, Gordo doesn’t take that so well.

The first thing I’ve gotta commend The Gift for is across the board solid acting of surprisingly nuanced characters. About of the central trio, Robyn gets the short end of the stick, primarily serving as the source for Gordo’s creepy affections, but even she gets some pretty solid development, with alot of emphasis on the loss of her child, and the long lasting damage that can do to one’s psyche.

As for Simon and Gordo, they’re a really interesting pair for differing reasons. Simon is an interesting hero, because, frankly, hes kind of an ass. Honestly, calling him a hero is pushing the definition to it’s breaking point. At various points in the film, he lies, degrades, and physically beats people for reasons that are from an iffy moral standpoint at best. He’s a bully, plain and simple, the guy who yanked your underwear over your head in the high school bathroom who grew up to be both bigger and richer than you.

Gordo on the other hand, despite the various awful things he does, is the character I found myself rooting for. Maybe I saw a little of myself in him (the socially awkward part, not the “poisoning my neighbors pets part”), but the dude is in alot of ways, relatable, certainly more than rich bully Simon. Making the audience sympathize with the villain is not an easy task, but The Gift goes a step beyond making me actively hope the (at least mildly) disturbed former con give the trustfund bully what’s coming for him. It’s not something I’m used to seeing, and I loved it. Stellar acting from Jason Bateman (who I always thought was a bit of a real life asshole personally) and Edgerton seal the deal.

If were going to point out a weakspot in The Gift I’d have to go with the second act, primarily because Gordo disappears. Wow we get some really stellar looks into Robyn’s head, and the stress that the whole situation brings on, the absence of the films best character, while a commendably ballsy move that sets up a great finale, leads to a noticeably padded middle. It’s Gordo’s awkward antics that really tie the film together. Without him, the movie doesn’t exactly fall apart, but it does descend to a lesser level. If anything though, it’s just a testament to how strong a an actor Edgerton is to bring a great character to life.

I really enjoyed this film, alot more than I thought I would. For a small little thriller released in the height of Blockbuster season, The Gift packs a real punch. Go ahead and check it out. This gift is a real treat. (Sorry, couldnt resist one more shitty pun.)