The Graboids Have Returned

Get To Higher Ground!! 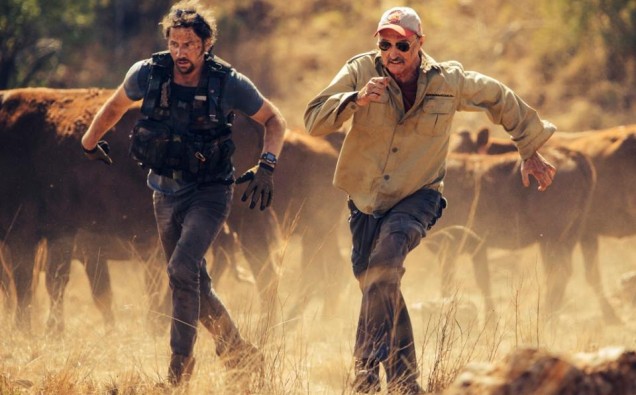 The film series Tremors broke new ground by introducing a new generation to the ‘Creature Feature’ film sub genre.  The Tremor films focused on giant, man eating worms that tracked their prey using sound.  The series was more tongue-in-cheek scares than gore for shock a lot of horror movies use today.  Fans of this whacky series can rejoice because the next installment is on its way.

Tremors 5:Bloodlines will once again feature everyone’s favorite trigger happy hunter Burt Gummer (Michael Gross).  This time around, Burt is teaming up with a young man, Travis Welker, (Jamie Kennedy) as they head to Africa to take care of a Gradoid problem.  I love the Tremors series and I can’t wait to see what surprises are in store this time.

Tremors 5: Bloodlines will be available on DVD and Blu-Ray October 6th 2015