Tom Six's latest looks to offend, but for what purpose? 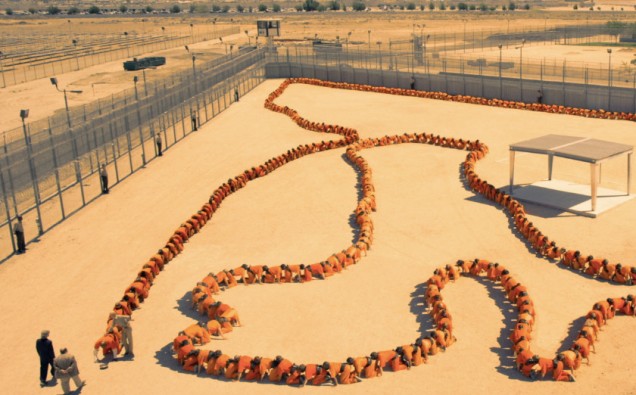 Say whatever you will about the first Human Centipede, but it was original. Personally, as a fan of the extreme, I actually found it a bit tame (the infamous poop eating scene is largely concealed by bandages), but, by and large, it was a successful film. Dieter Lieser played a superb Nazi mad scientist, and the other actors, well one couldn’t speak English, and the other two had their mouths surgically attached to an asshole.  The ending was actually one of the best parts of the film, a woefully dark scene where Lindsay is left hopelessly trapped between the other 2 deceased segments, with no hope of escape.

Perhaps the best example of Final Sequences incompetence can displayed by writer/director Tom Six. A big man with cowboy boots and a ten gallon hat who has claimed in interviews to much political correctness gives him a rash (having seen his work, I can assure you his skin is baby smooth) Six implants himself in his own story in a scene more self-stroking than a door room of adolescent boys with their grand pappy’s collection of vintage play boys. Lines like “Your even Handsomer in person” do nothing but serve to prove my point. 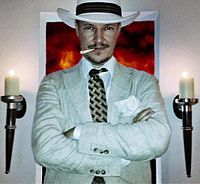 And in the end that’s all that Human Centipede Part 3 is, a big cocky, arrogant mess, 2 big middle fingers pointed straight up in the air. Who their directed at is the real question. Some candidates include women, African Americans, Texans, people with good tastes in entertainment; but when it comes down to it,  I don’t think Tom Six knows who he is flipping off.

“What are You Rebelling against Johnny?” “Whaddya got?” This famous line is delivered by Marlon Brando in The Wild One. It’s a perfect characterization of Johnny Strabler, delivered perfectly in a mere 2 words. It’s a heartbreakingly sad declaration, because of the meaningless anger that fuels Johnny as a character, that it doesn’t matter who he’s rebelling against, or for what cause, just that the rebellion is there.

Six is exactly the same in The Final Sequence, showcasing a plethora of extreme and offsetting scenes, but with no real purpose or reasoning to connect them. Like the 4th grader who eats worms, he doesn’t care what he accomplishes, much less making a good film, just to degrade, disgust, and be as 100% politically incorrect as possible. In that perhaps, he succeeds, but everything else is one colossal failure. “Who are you trying to offend Tommy?” “Who do ya got?”