The Lamb: An Atmospheric Occult Thriller 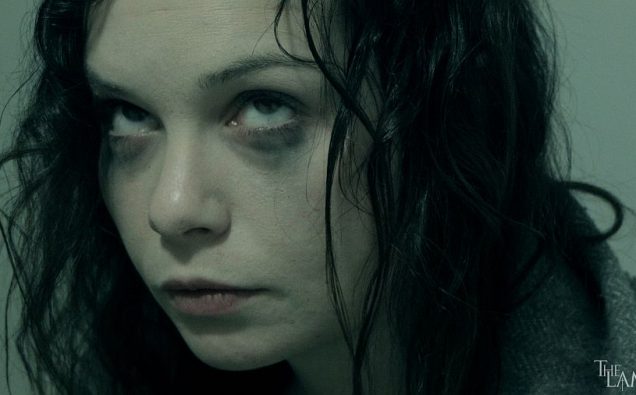 The Lamb is a 20 minute short written and directed by Shawn Burkett. It begins with a girl named Sara waking up in the woods covered in blood. She is interrogated presumably by a police detective (although its hard to tell given his casual attire) and the story of her ordeal unfolds in flashbacks. 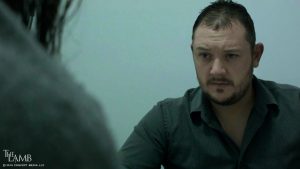 The film does several things well. A contemporary yet ominous score sets the mood as we are treated to figures in hooded robes abducting Sara and performing some sort of occult ritual. Her friend receives a nice throat slit and the blood is collected in a cup and used to summon a spirit. This scene is probably the highlight of the film. At the police station Sara transitions from violently banging her head on the table to suddenly speaking normally. This reminded me of a video I once saw of a supposed exorcism where a man was rolling around on the floor screaming while a preacher hit him with a stick. Then his phone rang and he answered it and calmly said hello. 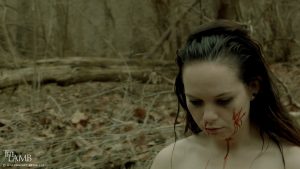 In the 20 minute run time Sara is naked in 2 scenes. Unfortunately the camera goes to great lengths to not show any specific nudity. The film also feels somewhat incomplete. It begins with a great premise, a Satanic ritual fucking up a young girl told through a series of flashbacks, but the ending is lacking. I wish something more happened to Sara and/or the detective. A final scare would have been much appreciated. As it stands The Lamb is an entertaining way to kill 20 minutes and while it has its shortcomings I would still recommend it.