The One They Should Never Remake

Westernized “Audition” is a feminist nightmare. 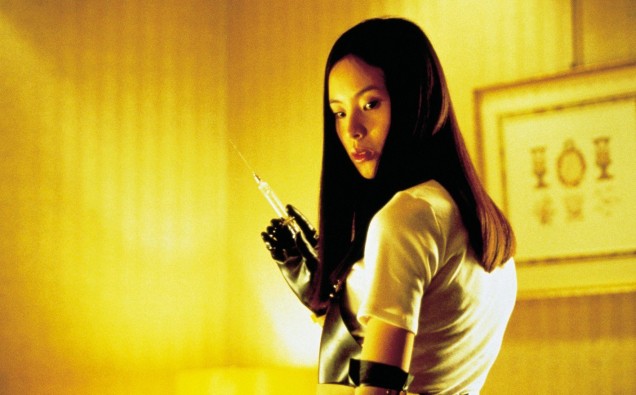 I’m not one of those horror purists who despises the very concept of a remake. When I hear that a gem from my youth is being rebooted, it stirs both nostalgia and curiosity. I’ll admit I’m sometimes nervous, too, when I hear about the latest classic up for remake, but I remind myself that for every abomination like Fright Night (2011) or The Wicker Man(2006), there’s usually something that knocks it out of the park like Evil Dead (2013) or Dawn of the Dead (2004). So I try and keep an open mind and advise against knee-jerk remake hate.

But I’ll admit that certain remakes are especially problematic; the cultural intricacies of foreign films are often difficult to translate artistically in a way that doesn’t betray the intention or history of the source material. When I heard recently that Anchor Bay had acquired distribution rights for the American remake of Martyrs, for example, and that the film’s release is therefore inevitable, a part of me winces. 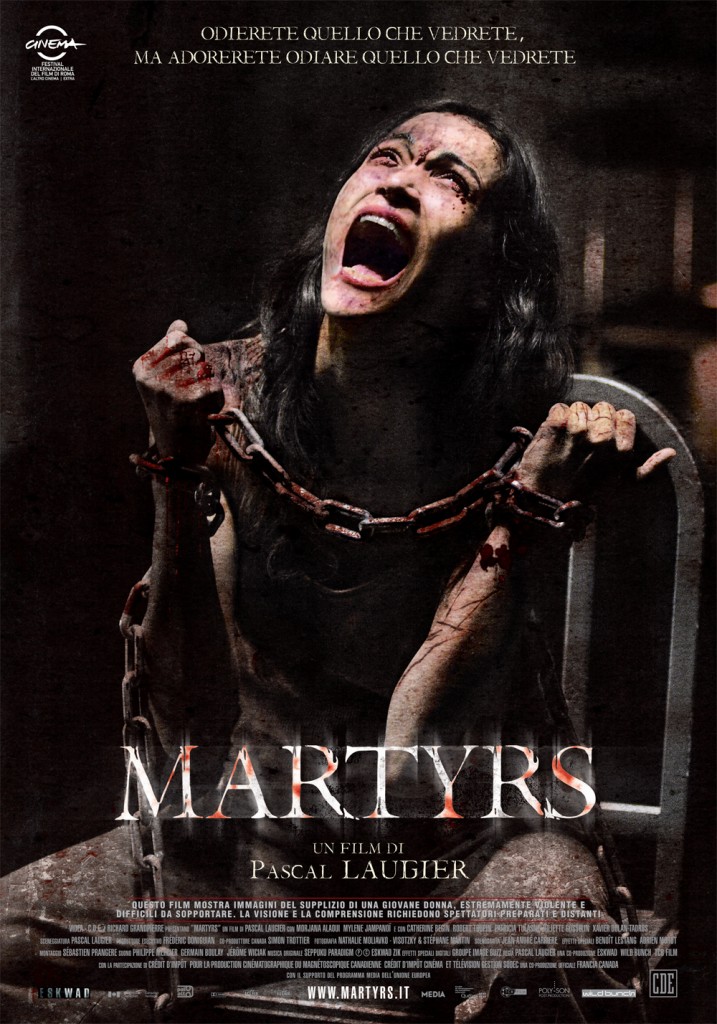 I’m afraid the brutal nihilism that birthed the French original, a style embraced overseas, is unacceptable to most American film goers, and that the remake will undoubtedly seek to temper this bleakness. In other words: I’m worried they’re going to give Martyrs a happy ending. But then I remind myself that there are examples of that same decimating brand filmmaking in American horror classics like Night of the Living Dead (1968) and recent favorites like The Mist (2007). So, again, I strive to keep an open mind.

But as though to prove there’s an exception to every rule (or that I’m not nearly as optimistic as I try to be) there’s that one remake I just can’t endorse, that one who’s very concept seems to offend my artistic sensibilities as an aficionado of cinema and horror. That film is: Audition. 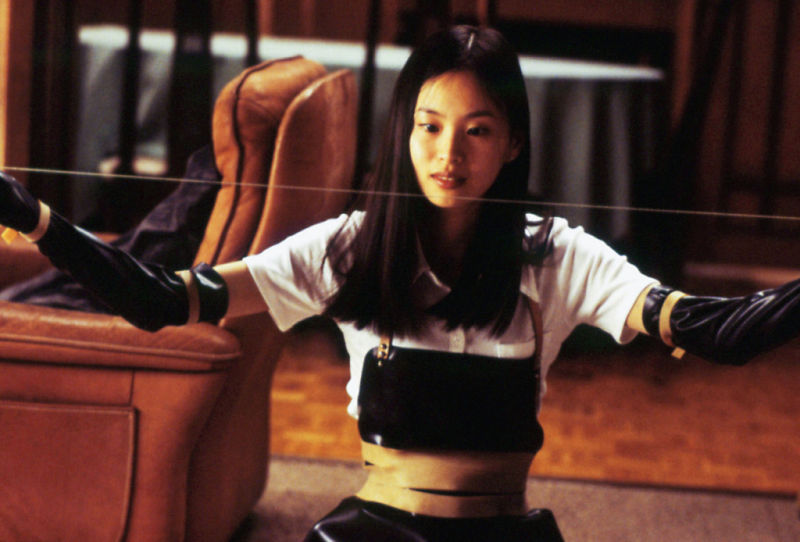 Audition is a 1999 Japanese horror drama that put Takashi Miike on the radar worldwide as a filmmaker of incredible promise and sinister vision; the writer/director would go on to helm the J-Horror classics Ichi the Killer (2001), One Missed Call (2003), and an infamous episode of Masters of Horror called Imprint that Showtime refused to broadcast. Audition is based on the novel of the same name by Ryu Murakami, and the screenplay by Daisuke Tengan stays very true its source.

Official Synopsis: A widower takes an offer to screen girls at a special audition, arranged for him by a friend to find him a new wife. The one he fancies is not who she appears to be after all.

Japanese and other Asian horror films are most difficult to westernize for two primary reasons; First: Extreme cultural differences regarding acceptance of the supernatural. Whereas American horror films often struggle to make the otherworldly seem plausible, there’s more automatic acceptance of ghosts and curses in Japanese culture. Second: Vast differences in the portrayal and treatment of women.

This isn’t to insinuate that successful American remakes of Japanese/Asian horror movies are impossible, but even the best examples clearly struggle with cross cultural intricacies. When The Grudge (2004) was remade for American audiences, director Takashi Shimizu made the decision to keep the film set in Japan rather than tangle with complicated societal differences that don’t easily translate. Similarly, the American remake of Shutter (2008) remains set in Thailand where there’s more automatic acceptance of “spirit photography”. Director Maysauki Ohiai also kept the jilted lover ethnically Asian as opposed to recasting her with a Caucasian actress.

Since Audition is a psychological horror without any supernatural elements (not to mention the fact that the premise of a phony audition actually rings true in our western fame-obsessed society where women are often manipulated) it seems an ideal eastern candidate for a US reinterpretation—but that’s only on paper. In this case, cultural differences in regards to the treatment of women make any potential remake likely a fool’s errand. Irving Welsh (the Scottish author of Trainspotting) puts it succinctly in his 2009 review of Murakami’s novel:

“Feminism has obviously never penetrated Japanese society in the same manner it did in the west, and while we have to accept Audition as being of its cultural place, it would be almost unthinkable for a male English-speaking writer, in almost any genre, to offer up a major female character like Yamasaki [the main female character in Audition].” 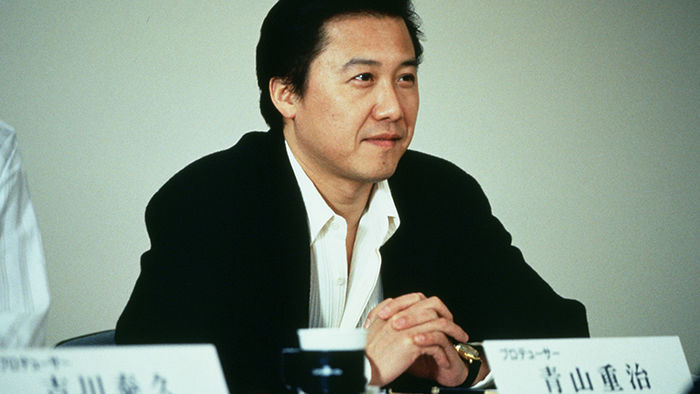 While examples exist, there’s no grand tradition of Fall-Spring romances in American cinema; in the 21st Century, stories of older men romantically perusing younger women generally don’t fly stateside. This would make an American reinterpretation of Audition extremely problematic, as the relationship at the film’s core would be regarded by many westerners as perverse; Shigeharu Aoyama (the widower) might be accused of latent pedophilia while Asami Yamazaki (the demure ballerina) might be regarded as an extreme sexual submissive (with an equally sadistic hidden side). These are not the type of characters US audiences bond with, making me believe an Audition remake couldn’t possibly carry the same emotional intensity as the original.

Almost exactly one year ago on June 27th, 2014, Deadline was first to report that Terminator, Rambo, and Basic Instinct executive producer Mario Kassar had started the process of piecing together an American film adaptation of Audition. The article explained:

“In this version, to be directed by Richard Gray (The Lookalike), Audition‘s unlucky protagonist is Sam Davis, who lives alone with his son following the death of his wife seven years prior and is convinced by a filmmaker friend to stage the fake auditions. The former ballerina with a mysterious past he falls for is now named Evie Lawrence, but otherwise details fall closely in line with Murakami’s best-seller.”

In spite of my best efforts, I’m unable to take the wait-and-see attitude I generally advocate. It wouldn’t matter to me if Stanley Kubrick came back from the grave to personally write and direct an Audition remake—I’d still be against it. And it’s not because I believe a crappy remake might somehow desecrate the integrity of the original (I’ve never taken much stock in that theory), it’s just that I can’t imagine a westernized version of this story making for an entertaining experience—not without being manipulated to the point of complete disconnection from the source material (at which point, calling a film “Audition” becomes practically false advertising). 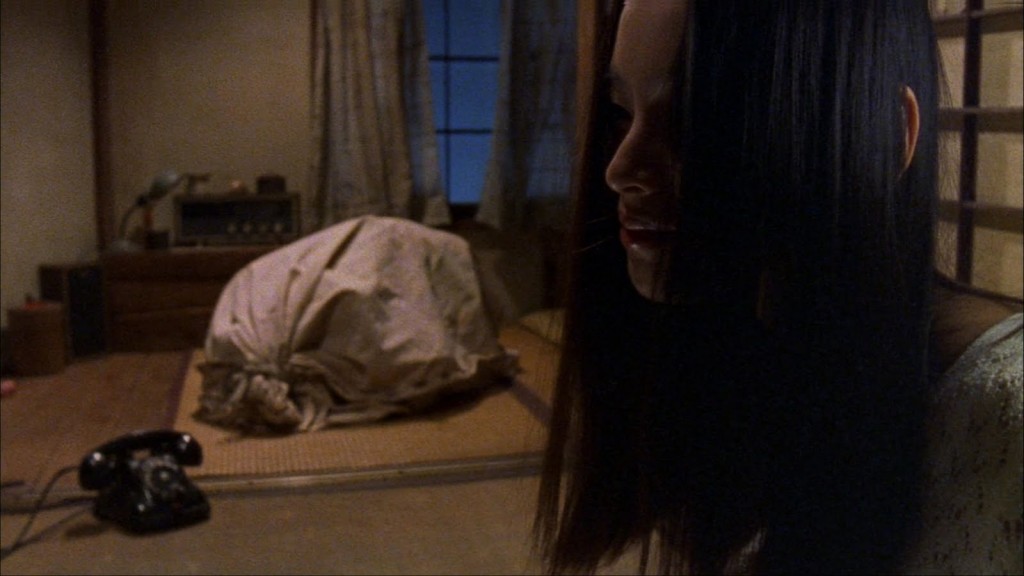 I take comfort in the fact that, since the announcement in Deadline last year, updates on the progress of an Audition remake are nonexistent. I’m hoping this means the project lost steam—or that Kassar came to his senses. Not only is an Audition remake likely to fail for all the reasons I’ve already discussed, the J-Horror craze has cooled considerably since its peak in the mid 2000’s. Even if Audition was somehow perfect for an American adaptation, its time came and went long ago (a fact so obvious even money-grubbing studio execs can see it’s true—probably).

I considered poking around, conferring with my colleagues or otherwise making journalistic inquiries regarding the current status of this production—but then I thought, “Maybe I should leave well enough alone.” The last thing I want to do is inadvertently reinvigorate any buzz surrounding an American remake of Audition (or discover, perhaps, that the movie has already been filmed in secret—in which case I’ll be devastated).

If a remake of Audition does eventually materialize, I’ll check it out despite my certainty that such an adaption can’t possibly succeed, either as entertainment or something culturally relevant. I just hope it never comes to that.

To me, it all just seems so obvious!

Do you believe there are certain horror movies that shouldn’t be remade? Is there a specific film you would adamantly oppose being remade? Sound off in the Comments section! 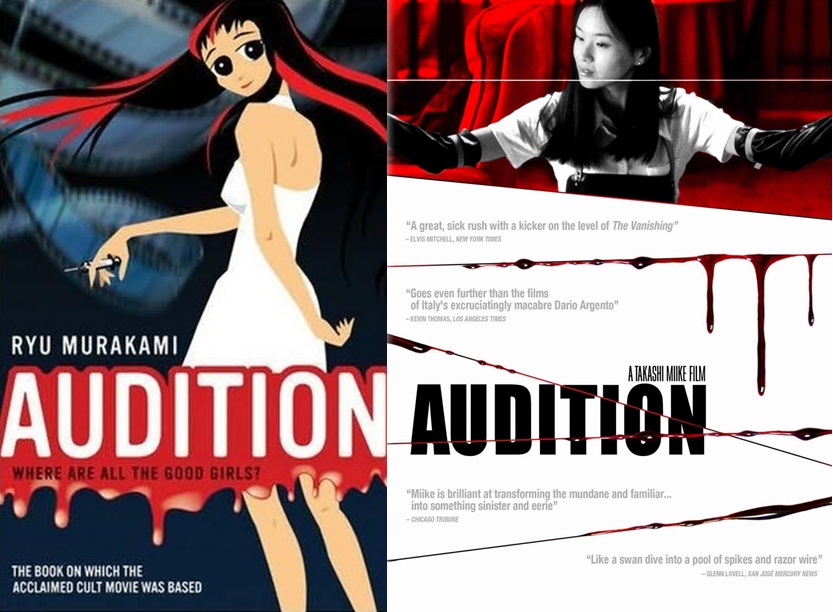