The Other Side: A Thinking Person’s Zombie Flick 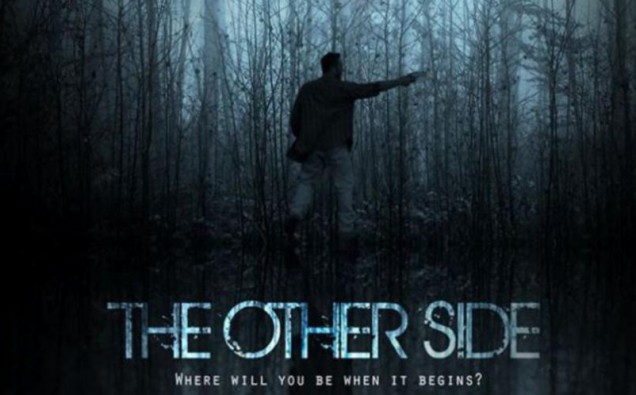 The Other Side is a zombie film that really breaks the mold and stands out from the shambling horde. I had the pleasure of previewing it months ago (scope the review HERE) and was amazed at the quality of this low budget genre film that outdoes many other zombie flicks that have 10x the budget. Now you too can see this awesome film on a good chunk of the OnDemand market.

From the official press release:

– Orchard Place Productions, an independent film production company based in Pittsburgh PA has released, in collaboration with Gravitas Ventures (GravitasVentures.com) its first feature film titled “THE OTHER SIDE”.

THE OTHER SIDE is a “thinking person’s zombie flick”, filmed in the birthplace of zombies and inspired by character-driven horror such as The Walking Dead and Supernatural. The film is set in the fictional small town of Elkwood, PA at the dawn of the zombie apocalypse. The story unfolds in layers as the characters deal with both past and present adversity as the danger slowly escalates, culminating in an explosive climax.

In addition, the film will be released 9/18/2015 on most major cable and satellite providers in the US and Canada, including Verizon FIOS, Dish Network, Cox, Charter On Demand, Suddenlink, Mediacom, Insight, RCN, Rogers on Demand, Shaw, and Eastlink TV.

Check it out! You won’t regret it!