The Other Side: A Zombie movie about people 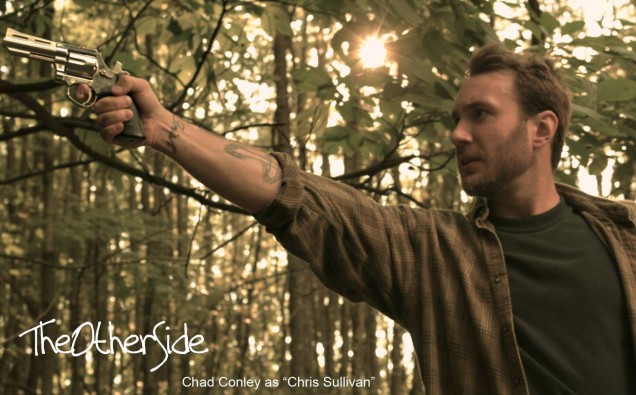 There a a lot of zombie movies flooding the screens. It’s a popular genre and everyone wants to do their own twist on it. Most fail. “The Other Side” succeeds! It feels almost like “The Walking Dead” because it focuses on people, rather than zombies. The best zombie films, to me, are the ones where the zombies aren’t so much antagonists as simply a part of the setting.

“The Other Side” has a story that is in motion long before the first appearance of a zombie. It is about a man trying to find his missing wife and protect his daughter. A zombie outbreak complicates things and acts as a backdrop to the very human drama unfolding between different groups of people from different walks of life.

This is a low budget movie, so usually I give the acting some slack. In this instance, it really wasn’t necessary. The acting, in most cases, was very professional and I found it easy to forget I was watching a movie with a budget of only about $50k. But that’s what I like about indie horror: doing amazing things with limited resources.

The prac fx are also very top notch. One thing I am always OCD about is scrutinizing fake blood for color and consistency. This film has it just about right, I think. It’s the little things, right? There are also some truly impressive props, such as a mostly eaten man, utilized that I found to be very well made.

Overall, I think this is a great addition to the zombie genre and goes to show that bigger doesn’t equal better!