The Shallows: Better and Bloodier Then You Might Think

Despite its PG-13 rating, shark attack film The Shallows is surprisingly bloody 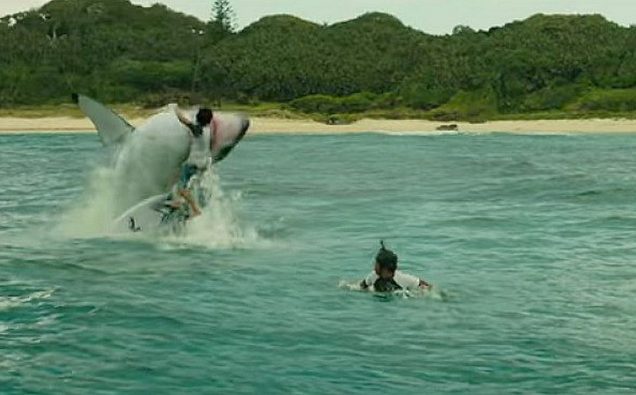 Despite its PG-13 rating, shark attack film The Shallows is surprisingly bloody. Med student Nancy is visiting a remote beach in Mexico in order to feel closer to her mother who passed away from cancer. This beach is where her mother surfed when she was pregnant with Nancy. She gets a ride from a nice local named Carlos and unfortunately is left alone because her friend who was supposed to join her is nursing a hangover. After some fun and expertly filmed surfing, Nancy is bitten on the leg by a great white shark. Stranded out on a rock in the shallows, with high tide rapidly approaching, she must fight for survival. 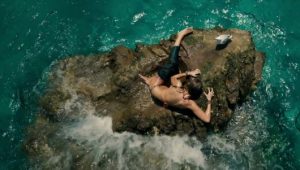 In real life, I get queasy at the sight of large amounts of blood. This doesn’t normally apply to film. I can, in fact I enjoy, watching large amounts of cinematic blood and gore. That being said, the way the realistic blood flowed out of Nancy’s bite got to me a little. She uses her medical knowledge to treat the wound as best she can with what she has, and the results are quite realistically gruesome. Later in the film a drunk thief gets bit in half (off camera) and we see the results. Its nothing spectacular but pretty damn gory for a PG-13 rated film. There are a handful of good jump scares and some of the shark action is quite thrilling. The film starts off a little slow but once the shark makes itself known its pretty exciting. One of my favorite parts was an injured bird stranded on Nancy’s rock that she bonded with. 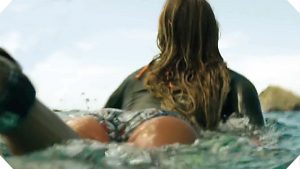 Once the film ended I overheard a kid seated behind me say “We’re never watching that again. It almost gave me a heart attack.” This sums up the film pretty well. While very scary to kids and horror virgins, the seasoned horror lover isn’t going to be moved much. That isn’t to say the film doesn’t have its moments. Its some well done story telling with a few jumps and thrills. Seeing the shark attacks also got me pumped for shark week  on discovery channel. This year is once again hosted by Eli Roth and if you’re into shark week you’ll sure as hell enjoy The Shallows.