The ‘Sharknado’ Is Back!

You Can't Run And You Can't Hide 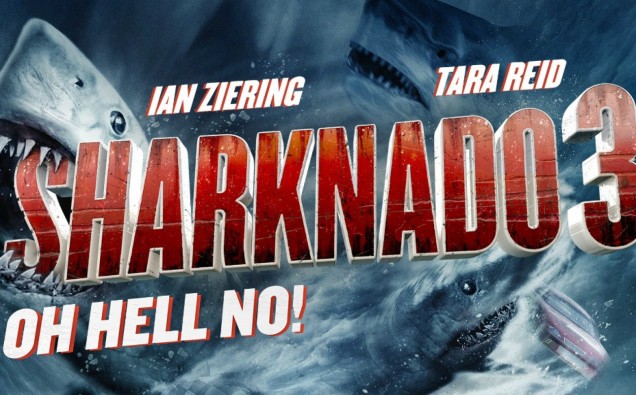 There are some movies that have such a ridiculous premise, they attract a huge fan base.  Sharknado attracts more fans with each entry.  The movies center on a tornado made of sharks.  The premise seems silly but sometimes silly and horror does create a memorable movie.  The Syfy channel had made its mark by debuting the Sharknado movies on its channel.  Brace yourself, the Sharknado has returned.

Sharknado 3: Oh Hell No! will once again bring us the dangerous shark phenomenon.  The film will start in Washington D.C. then will travel along the east coast.  Anothony C. Ferante will return as director with Thunder Levin once again writing the script.  Ian Ziering, Tara Reid and Cassie Scerbo will reprise their previous roles.  David Hasseloff, Bo Derek, Jerry Springer and Chris Jericho are some of the actors set to have cameo roles.  I can’t wait to see what carnage unfolds in this entry.