THE SHOWER MURDER IN PSYCHO

A famous scene that avoided censorship, shocked audiences, and even had chocolate sauce. 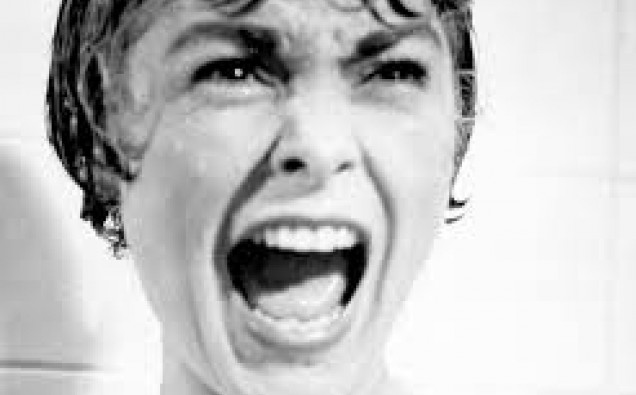 The shower scene in Alfred Hitchcock’s Psycho is one of the most famous murders in cinema history.

In a brutal sequence, Marion Crane is stabbed to death with a kitchen knife by a woman whose face is barely perceptible.

The shock of killing off a lead character a third of the way into the film left the audience unhinged. At the time, no one had ever seen anything like it.

It was also the first time a toilet was shown in a film. The scene was designed to create a feeling of confusion.

The soundtrack for the film was done entirely with strings. The impact they made in this scene is remarkable. It was added after the original screening; the first reaction to this scene was mild indifference.

With the use of brilliant flash cuts and editing, Hitchcock’s directing makes the audience believe that what they are seeing is a lot more graphically violent than it really is.

The knife never touches the body.

Shooting the film in black and white helped Hitchcock dodge the censors who would have forced the scene to be omitted. Chocolate sauce was used for the blood.

Janet Leigh avoided taking showers for years after the filming of Psycho.

Psycho is credited for paving the way for onscreen violence. Films like Halloween and Friday the 13th may have never been created without the influence of the shower scene murder in Psycho.

Here is the same scene but done with LEGOS