The Sins of Man: Rise of Mortis Trailer is here!

Check out the creeptastic trailer of the upcoming slasher film below! 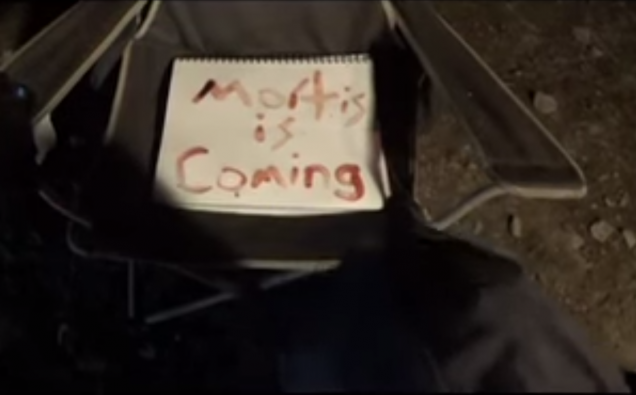 Jamie Santamore has released his trailer for Sins of Man: Rise of Mortis, a film which he wrote, produced and directed. The film is to be part of a slasher trilogy and was made on a very micro-budget. The film makers are also running an indiegogo campaign to help market the film and move it forward– but the most awesome part of the campaign? A portion of the funds raised from both the campaign AND the DVD sales will go to not one but TWO charities: The Autism Society and The Wounded Warrior Project. To me, this says a lot about the film makers and I love what they are doing. The release date is currently set for Halloween of this year.

“A serial killer strikes the small town of Sandy Creek Maine as a group of recent High School graduates leave on a camping trip that they’ll never forget if they survive !

The story centers around a girl who has had a rough life she’s dealing with a great loss in her life and just when she thinks she’s doing better Wham ! Her world is turned upside down in the blink of an eye and she on a downward spiral that she may never recover from.”

Stay tuned to The Shed for more updates on this film as they are released!