The Stanford Prison Experiment Proves: You Are a Monster

Before you see the movie, learn the shocking truth. 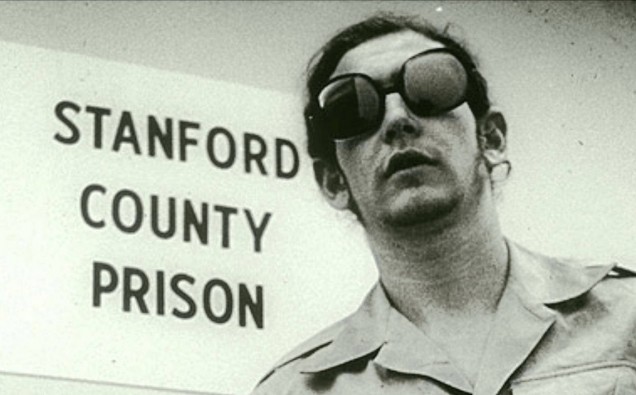 Do you consider yourself a good person? Are you plagued by human imperfections but believe deep down that you’re an upstanding, morally grounded, and compassionate member of society? If so, I hate to break it to you, but according to a study conducted at one of the nation’s most respected universities: You are a monster. 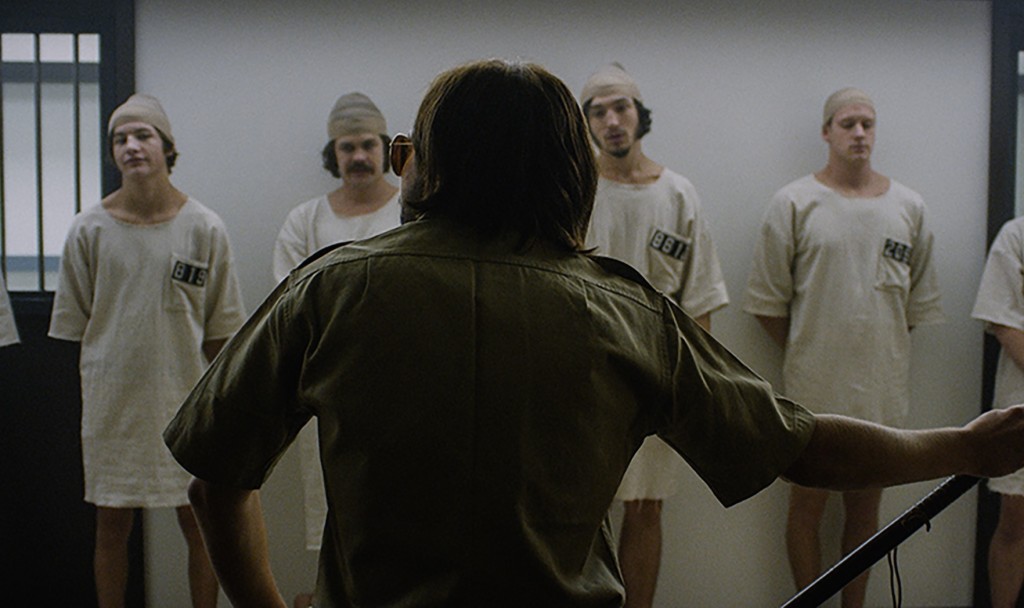 Distributed by IFC, a movie called The Stanford Prison Experiment is being released in select theaters Friday, July 17th; this film will be available on VOD platforms on July 24th. But before you rush out and see this one, learn the shocking truth about the psychological study that stunned academia—and still resonates to this day.

Official Synopsis: Twenty-four male students out of seventy-five were selected to take on randomly assigned roles of prisoners and guards in a mock prison situated in the basement of the Stanford psychology building.

Palo Alto, CA, 1971: Stanford University psychology professor Philip Zimbardo and his colleagues set out to conduct a study that measured the impact of becoming either a prison guard or a prisoner. 24 male students out of a pool of 75 were selected to participate; participants had no criminal records and were rigorously screened to insure no one suffered from mental deficiencies (i.e. anxiety, etc.). The group was then divided when members were randomly assigned either the role of prison guard or prisoner. 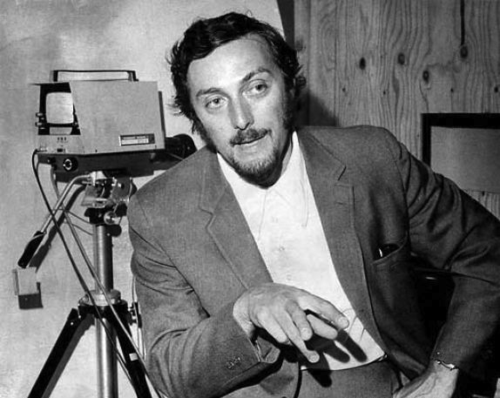 A mock-prison was set-up in the basement of one of the university’s academic buildings. The study was expected to last two weeks, but was abruptly halted after only 6 days when it became obvious that Zimbardo and his team had lost control—and real abuses began to occur.

If you plan on seeing The Stanford Prison Experiment later this month, keep the following facts in mind in order to gage the film’s authenticity: 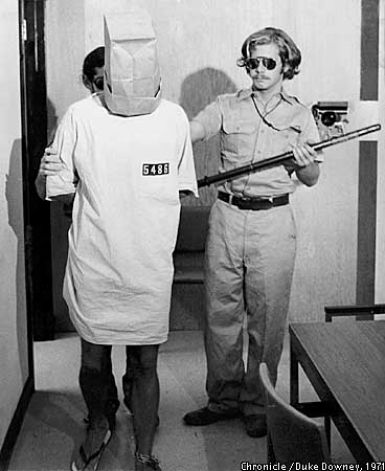 So what does it all mean? According to Zimbardo, his experiment proved that a person’s environment plays a prominent role in his or her behavior. When the guards were given power, they tended to abuse it; when prisoners were dehumanized, they became depressed and passive. In other words, if given the chance to misbehave, a person will become a monster. Likewise, when deprived of basic liberties, people can easily become sheep. 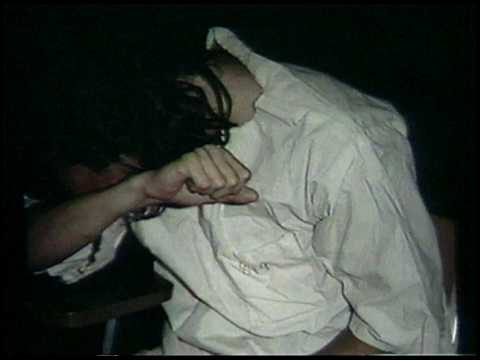 The results of the Stanford Prison Experiment have been used to explain the actions of the Nazis, the disenfranchisement of inner-city youth, and the abuse and torture of Iraqis by American soldier at Abu Ghraib Prison.

What I find most disturbing about the Stanford Prison Experiment isn’t that it proved humans have a natural propensity towards evil (the pessimist in me accepted that fact long ago). What disturbs me most is that only one of the participants quit the study.

While each participant was being paid $15 a day (not too shabby in 1971) they were allowed to leave anytime they wanted—without penalty. I hypothesize that most of the guards stuck with it for the thrill of condoned sadism in the name of science, but what about the prisoners? What made them stay? I doubt it had anything to do with masochistic inclinations, rather their acceptance of the situation stemmed from the fact that they were unable to divorce themselves from the roles they had been assigned. If you’re treated like a prisoner, you will begin to act like one—even if your intellect would normally tell you to behave otherwise.

Is this why so many people walk through life like automatons, afraid to voice opinions that challenge the powerful, tacitly accepting institutional abuses? And what does the Stanford Prison Experiment imply about the core nature of all human beings? Best to draw your own conclusions.

The recent video below includes interviews with Zimbardo and other participants of the Stanford Prison Experiment, reflecting on their experiences and how participating in this study has effected their lives, as well as actual footage filmed during the study. It also does a great job of putting the experiment into proper historical context.

What’s your take on the Stanford Prison Experiment? Are you planning to see the movie from IFC? Sound off in the Comments section! 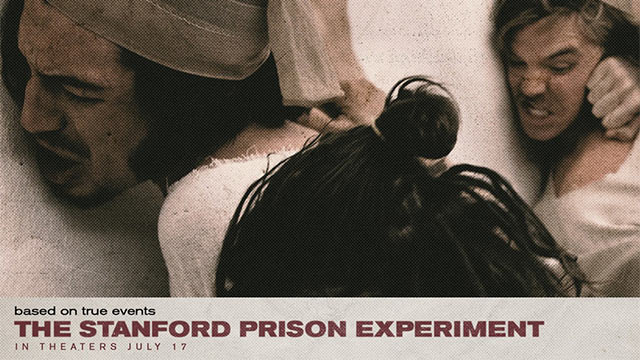