The Survivors Must Continue To Fight The ‘Dead’

A new ally could help turn the tide... 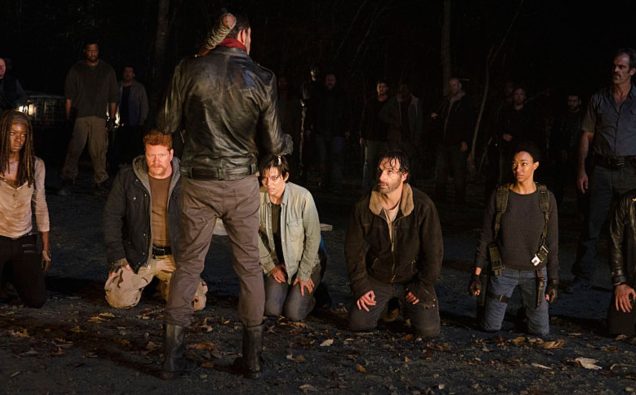 There’s been anger, confusion and sadness over the previous season finale of The Walking Dead.  The Saviors’ leader, Negan (Jeffrey Dean Morgan) killed one of Rick’s people. We don’t know who died at the hands of Negan and his weapon, Lucille.  After watching the new trailer, we do know there is more to come.

Season 7 will show us more of the Saviors.  We will see more of their world, and more of Negan’s behavior.  We will also see a new character, King Ezekiel.  Ezekiel seems to be a new ally that could help our heroes fight the Saviors.  If Rick and his people are to avenge their fallen comrade, they’ll need all the help they can get.