The Unkindness of Ravens: A new horror film from the creators of Lord of Tears

These guys are deadset on making you terrified of birds 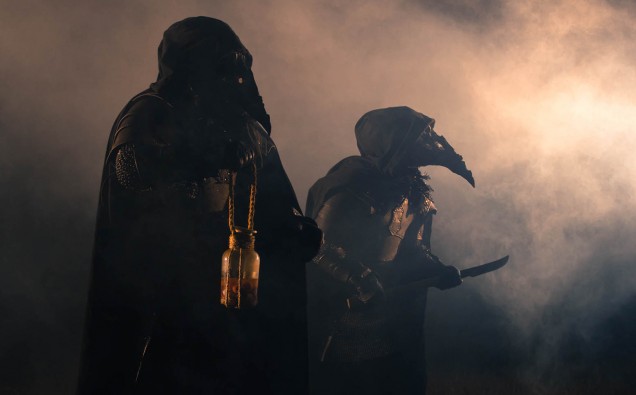 The team that introduced us to the terrifying Owlman from the Lord of Tears film and series of really, really funny prank vids (seriously, look it up on Youtube) are at it again with more bird-related terror!

Described as an “intense brutal, gory and emotionally intense film that’s a kind of cross between Apocalypse Now and The Evil Dead,” the film really sounds like one that breaks the mold.

The Unkindness of Ravens was shot on location in Fife and Perthshire, Scotland by a fearless and dedicated Scottish crew led by director Lawrie Brewster. A co-production between Hex Media and Dark Dunes Productions, the film seeks to explore the effect of the horrors of war on the human mind through the media of beautiful poetry and brutal violence. The team are currently running a Kickstarter campaign seeking finishing funds for the movie.

Short Synopsis: Andrew Alburn, a homeless veteran suffering from PTSD, is plagued by flashbacks of a traumatic event he witnessed while serving in the armed forces. He travels to a retreat in the remote Scottish

Highlands hoping to overcome his fear of ravens, the dark creatures that populate his visions, but, in this bleak wilderness, his nightmares manifest into an enemy more powerful than he could ever have imagined. He must battle these monstrous entities as well as his own inner demons in order to keep his life and reclaim his sanity.

Check out the X-rated trailer below!

Like what you see? Help the project finish up by contributing and/or sharing their Kickstarter!