The Walking Dead Spin-off Will be ‘Startlingly Different’

In a recent interview TWD creator Robert Kirkman had with EW, new details on the highly anticipated spin-off of the Walking Dead were released. The spin-off has been covertly... 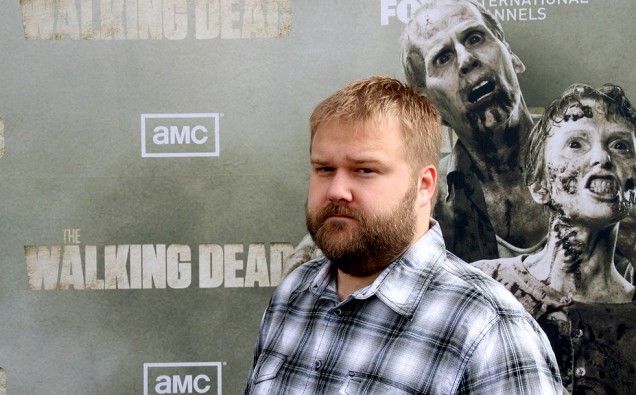 In a recent interview TWD creator Robert Kirkman had with EW, new details on the highly anticipated spin-off of the Walking Dead were released. The spin-off has been covertly nick-named “Cobalt” and will take place in Los Angeles, CA instead of Atlanta, GA.

Kirkman revealed ‘Cobalt’ will have plenty of differences from The Walking Dead TV show and it’s comic book predecessor:

Although a spin-off usually ties in quite a bit with an originals show, Kirkman also stated that you will not have seen The Walking Dead to watch the spin-off:

“You could watch The Walking Dead spinoff if you’ve never watched an episode of The Walking Dead and get a really great, rich, fulfilling experience out of it. It has to be a show that can stand on its own. I think that’s what we’ve accomplished, and we start filming in a couple of days. I’m really excited.”

‘Cobalt’ will also star no characters from the comic book or TV show, which would make sense considering how far away the two locations are. The vast differences in the locations also means plenty of different situations can arise making many new adventures and events plausible.

The director of the new series is Adam Davidson, whom has not directed a single TWD episode. However, Davidson is not new the small-screen directing scene, as he has helmed many other TV shows in the past including Hell on Wheels, Friday Night Lights, Big Love and many, many more.

Hopefully, this new information will calm the die-hard TWD fans who have voiced some concern over the spin-off news. I, for one think the show will be an intriguing watch as long as it’s done right. While I feel the zombie apocalypse (or any type of apocalypse) has been quite overplayed over the last few years not only on TV, but also in the movies. However, if people still feel there are more entertaining yet unique ways to tell this kind of story, then I’m all for it.

‘Colbalt’ is set to premiere sometime in 2016. Keep checking back with us at The Shed for more information and updates as they are released! Also, let us know what you think in the comment section.