Overview:
Sasha and Maggie bring Aaron into the barn.  Rick and the others are wary of this new visitor.  Aaron was sent to bring Rick and his group to ‘audition’ for his community, New Alexandria.  He even shows them pictures.  One shows a giant, steel wall that protects the community.  Aaron tries to convince them further but Rick punches him.  Rick is convinced that’s a trap.  He won’t even hear Aaron out anymore.  He refuses to even consider the offer.  Michonne wants to at least try.
Glenn and Maggie also agree that Aaron could be telling the truth.  They feel they should at least find out if Aaron is telling the truth. 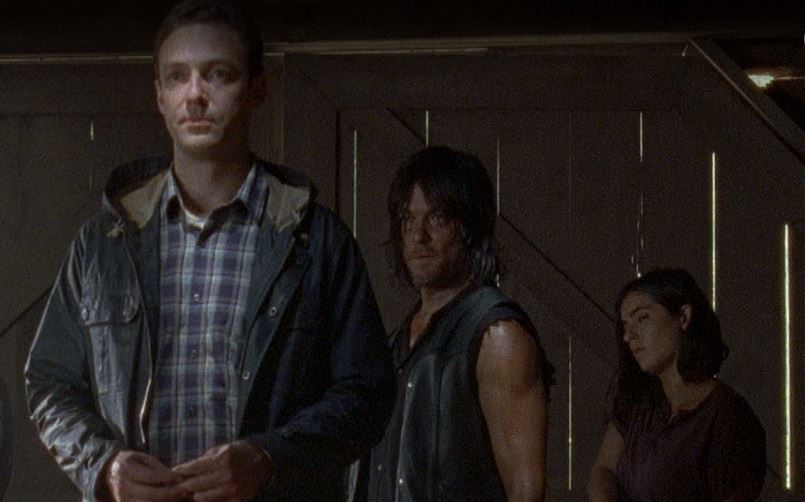 A scouting party of Abraham, Michonne, Glenn, Maggie and Rosita go out.  They find the cars Aaron mentioned.  Aaron offers to take them to the camp.  Rick wants to go a different way.  Aaron assures him it’s a bad idea.  Aaron’s way is safer because it’s already been cleared of walkers.  Rick wants to take his way and go at night.  If it’s a trap, they can hide and escape easier at night.

Rick, Michonne, Aaron and Glenn take Aaron’s car, while the others follow in a RV.  Michonne asks Aaron how many walkers and how many people he’s killed.  He’s killed a lot of walkers and two people.  Before he can elaborate, Rick finds some surveillance equipment.  Aaron tells him that he was watching and listening to them.  Rick assumes that Aaron’s friend heard their plan.  Before they can act, they come across a horde of walkers.  Rick and his group must leave the car as they’re surrounded by walkers.   A fierce battle breaks out.  Rick and his team lose sight of the RV.  Rick is worried about the rest of his group.  He wants to circle back and meet up with them.

Later, Rick and his group meet up with the others.  They’re safe as Aaron breaks away and  calls out for his partner, Eric.  Eric only suffered a broken ankle.  The other members of Rick’s group saved him.  Eric and Aaron kiss passionately, happy to be reunited.  Everyone is in agreement that tomorrow they finish the journey.  They leave in the morning.  Soon, they reach the community.  It seems safe enough.  Rick can even hear children laughing.  Is the group finally safe? Is this their new home? 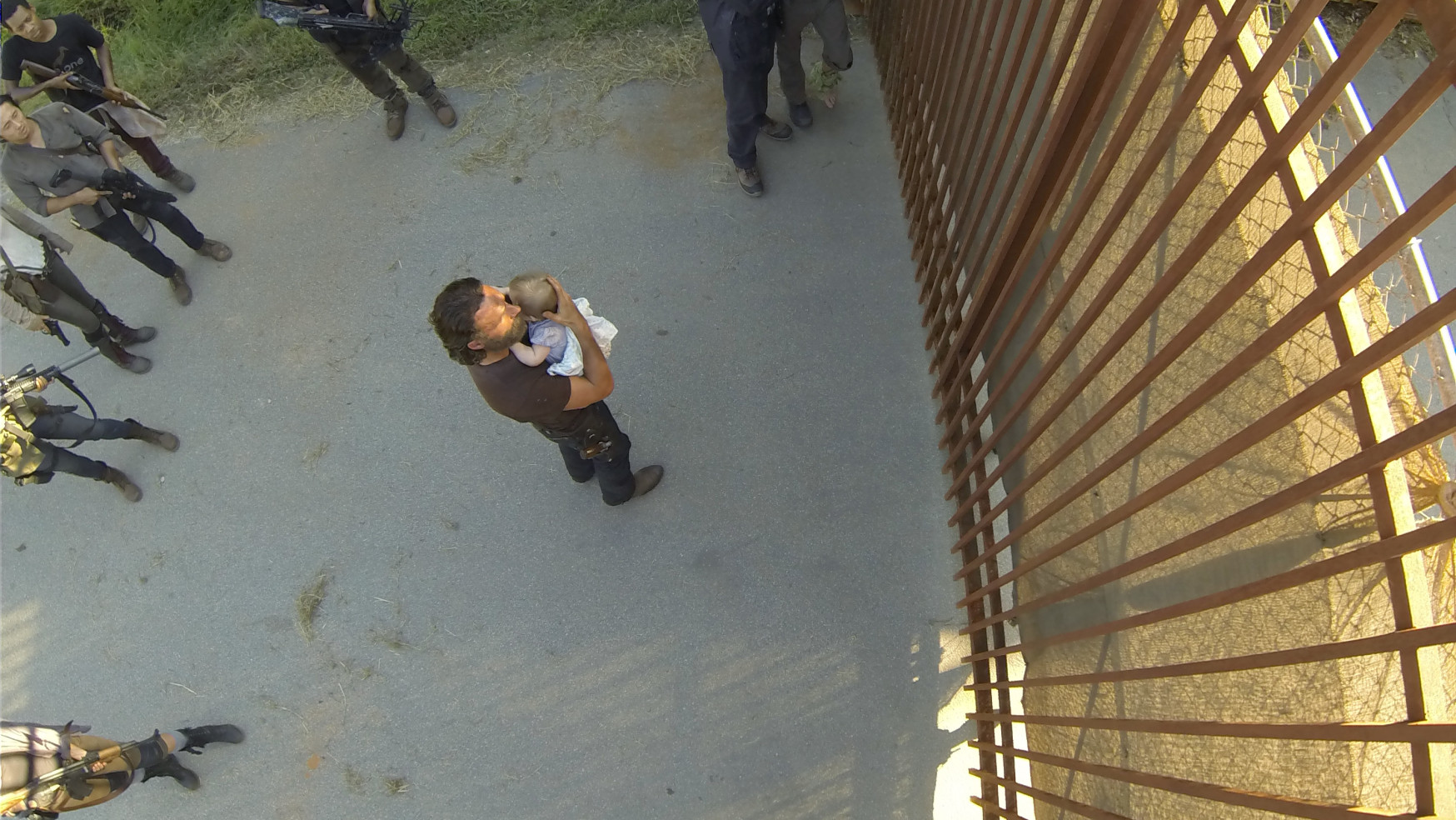 Aaron seems like a good guy to me.  He may seem a bit too eager at first, but he hasn’t lied to the group yet.  Michonne brought up a good point that Rick needs to think of Judith.  I can see how Rick is guarded after Terminus. Aaron and his boyfriend Eric, seem like decent people.  I loved how honest Aaron was.  It made me laugh when Rick tried to force him to eat the applesauce.  Aaron’s reasons were based on his mother force feeding him.  I hope this guy doesn’t turn out to be a psycho.

However, Washington D.C. might not be safe so the group needs to think of an alternative plan.  I hope Alexandria is safe.  The preview for the next episode hinted at danger coming.  Is Alexandria a trap like Terminus or is the threat coming from someone else?  Of course this new world is rarely safe, so there’s a new threat coming soon.  Readers and fans, what do you think?  What are your thoughts on Aaron and his home?  Is this a new home or a new threat?