(Contains Spoilers…don’t read if you haven’t seen the episode yet!)

Overview:
The group is heavy with sorrow.  Father Gabriel is reading from his bible as the group stands at a grave. Each member of the group is dealing with the loss in his or her own way.  They know they have to keep going but they want some time to deal with the loss.  Noah tells Rick that Beth had a plan to come with him to Richmond, VA.  Rick brings the idea to the group.  There is doubt that the place is no longer safe.  But if is, they can have a place to start over.  The group is on a new mission: To bring Noah home. 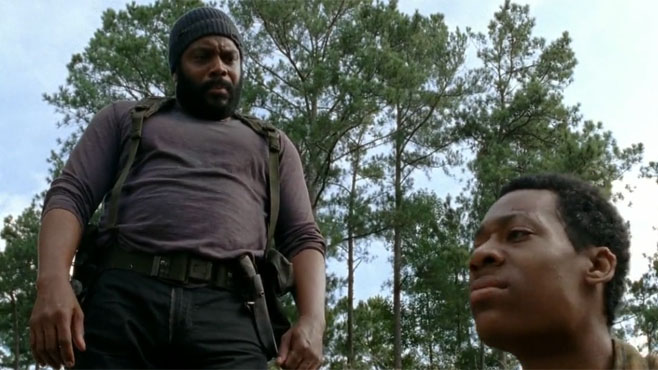 The drive is peaceful enough.  Rick, Glenn, Tyresse, Michonne and Noah will scout ahead.  If there’s trouble, the rest of the group will have a chance to escape.   Noah assures Tyreese that the trade was the right thing to do.  He doesn’t blame Beth’s death on the group.  Everything went smoothly until the fatal moment.  Noah and Tyreese seem to bond over talking about their fathers.

The group scouts ahead.  Barb wire has been placed around the perimeter.  Noah tells the group that there’s a spotter in a perch.  He’s not there now.  The group takes a closer look only to find out there’s no one left.  They’re all dead.  Noah becomes emotional and separates from the group.  Rick chases after him.  Tyreese comforts Noah while Rick suggests they do a sweep for supplies before leaving.

Rick and Glenn have a meeting.  They both agree that Dawn didn’t mean to kill Beth.  Rick had a feeling that Noah’s place would be gone.  But they owed it to Beth to at least try.  Glenn got Maggie back.  Things were going okay.  But losing Washington and Beth after finding her took a toll on Glenn.  He would’ve gunned down Dawn no matter what.  Michonne cuts in and tells them their actions matter.

Tyreese sympathizes with Noah.  He wanted to give up to.  Because he chose to go on, he was able to save Judith.  Noah stops crying and takes off running.  Tyreese follows him to Noah’s house.  Tyreese wants to go in first.  He finds signs of forced entry.  A woman is dead on the ground.  As Noah kneels and says a prayer, Tyreese explores the rest of the house.  He finds the body of a young boy on a bed, killed by a walker.  He investigates the room and finds pictures of twin boys.  He recognizes one of the boys as the body on the bed.  Terror sinks in when he realizes the other one might be around.  The other boy, now a walker, appears and bites Tyreese.
Noah comes in and kills the walker.  He runs to get help for Tyreese. 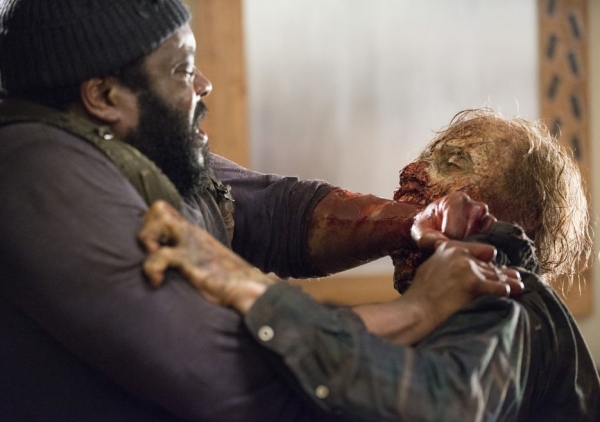 Tyreese is hurt badly.  He begins to hallucinate people from his past.  Bob, The Governor, Lizzie and Myka.  Bob and the girls assure Tyreese that everything is okay.  The Governor isn’t as kind.  He sees this attack as a debt that must be paid.  The hallucination of The Governor turns out to be more dangerous as it’s actually a walker.  Tyreese barely manages to kill it as he suffers another bite.

Michonne doesn’t want to leave.  The place is in shambles, but it can be fixed.  She is tired of running.  She wants a home, a place where she can have a future.  If this place won’t work, Washington is still a possibility.  Eugene did lie about the cure.  But Washington could still be safe.  The debate is put on hold when Noah’s cries for help reach them.  They save him and rush off to help Tyreese.  Tyreese is in bad shape.  Rick cuts off his arm to prevent him from turning.  They race off to save his life.  Tyreese smiles as he realizes he can let go.  He lived his life the way he wanted to.  He helped those that he could.  He refused to become a ruthless killer.  He can rest easy knowing he’s finally at peace. 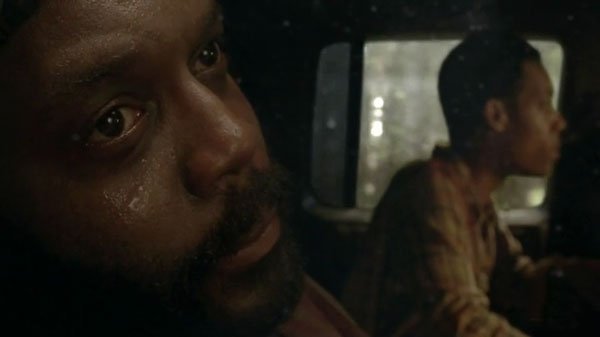 Impression:
I have no idea why the decided to kill Tyreese.  It’s almost like the writers picked him at random.  Tyreese was such a great character.  His death came out of nowhere.  This episode had its moments.  I felt so bad for Noah.  Can we just once see a character have a happy moment?  After losing Beth, Noah should’ve had a happy reunion with his family.  But I understand this isn’t one of those shows.

I enjoyed seeing The Governor make an appearance.  All the people that wanted Beth back can rest easy as she made an appearance, guitar in hand, singing.  What really chilled me was during the end credits, we only heard the sound of a grave being filled.  The sound of a shovel moving dirt around was a bizarre yet effective choice.  Viewers, what did you think?