Overview
Rick and the group enter Alexandria.  It seems safe enough but they haven’t decided if they want to stay or not.  Aaron tells them that Deanna will answer any questions they might have.  Rick meets with Deanna as she films the meeting.  She was a member of Congress from the Ohio district before the world changed.  Her family was traveling to Ohio before the Army directed them to Alexandria.  Her husband and her sons started to build the walls.  More people arrived and helped finish the wall.  Deanna explains they need people who’ve lived out there, people who can handle themselves.  Rick warns her that there are people out there who’ll do anything to survive.  He warns her not to just bring anyone in.  Deanna tells Rick she’s done terrible things too.  She exiled three people who didn’t work out.  She sees Rick and his people as people who can help protect the community.  Rick and his people decide to stay for the time being. 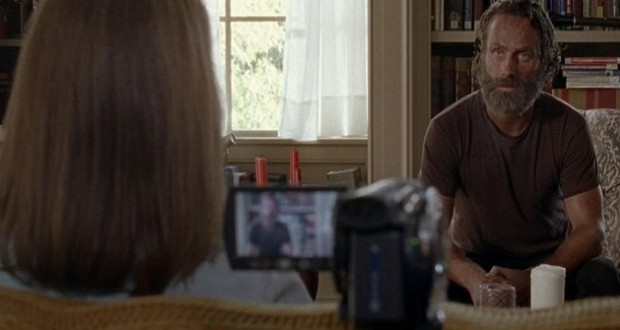 Aaron shows Rick and Carl their new home.  It’s cozy with plenty of space.  Rick enjoys a quick shower and shave.  A woman, Jessie, comes to bring some gifts.  She even offers to give Rick a haircut.  Rick later meets up with the rest of the group.  Daryl and Carol are also hesitant.  Rick is worried that they’re being split up.  He decides for the first night, they all stay together.  Deanna comes by to check up on them.  She reveals that she has jobs for everyone.  She’s still trying to decide what jobs to give Rick, Michonne and Daryl.

In the morning, Rick explores the new community.  He panics when he loses sight of Carl and Judith.  Jessie runs into him and takes him to an elderly couple.  She tells Rick no one has seen a baby in a while.  Jessie’s son, Ron, introduces Carl to some more kids, Mikey and Enid.  Enid came from the outside too.  Carl isn’t sure how to interact with the other kids.  He seems happy to be around people his own age but he’s hesitant like Rick.  Rick and Carl exchange their thoughts.  Carl likes the people, they seem nice.  They’re both concerned that if they live here, they’ll go soft.  Rick and Michonne are both unsure of what to do.  Rick decides to take a walk where he meets Jessie’s husband.  He’s not exactly a friendly person.

Carol gets assigned to cook for the elderly and give the other moms a break.  Daryl is content to be by himself.  Glenn is interviewed and wants to stay.  He think they were all out there for too long.  Later, Carl sees Enid scale the wall to explore past Alexandria.  Noah, Glenn and Tara meet Aiden, Jessie’s other son.  Aiden informs that they’re going on a ‘dry supply run’ to see how they do and get a feel of the terrain outside.  He hands them weapons and they’re off.

The supply run hits a snag when Glenn learns that Aiden has a certain ritual.  He strung up a walker that killed one of his friends.  It got away.  They search for it and it almost kills Tara.  Glenn is furious that Aiden almost got them killed.  Aiden orders them to do what he says at all times.  Glenn retorts that following Aiden’s order is what got his friends killed.  Aiden may be in charge of the supply runs, it’s clear that Glenn is the better leader.  This could be the start of a future conflict between the two. 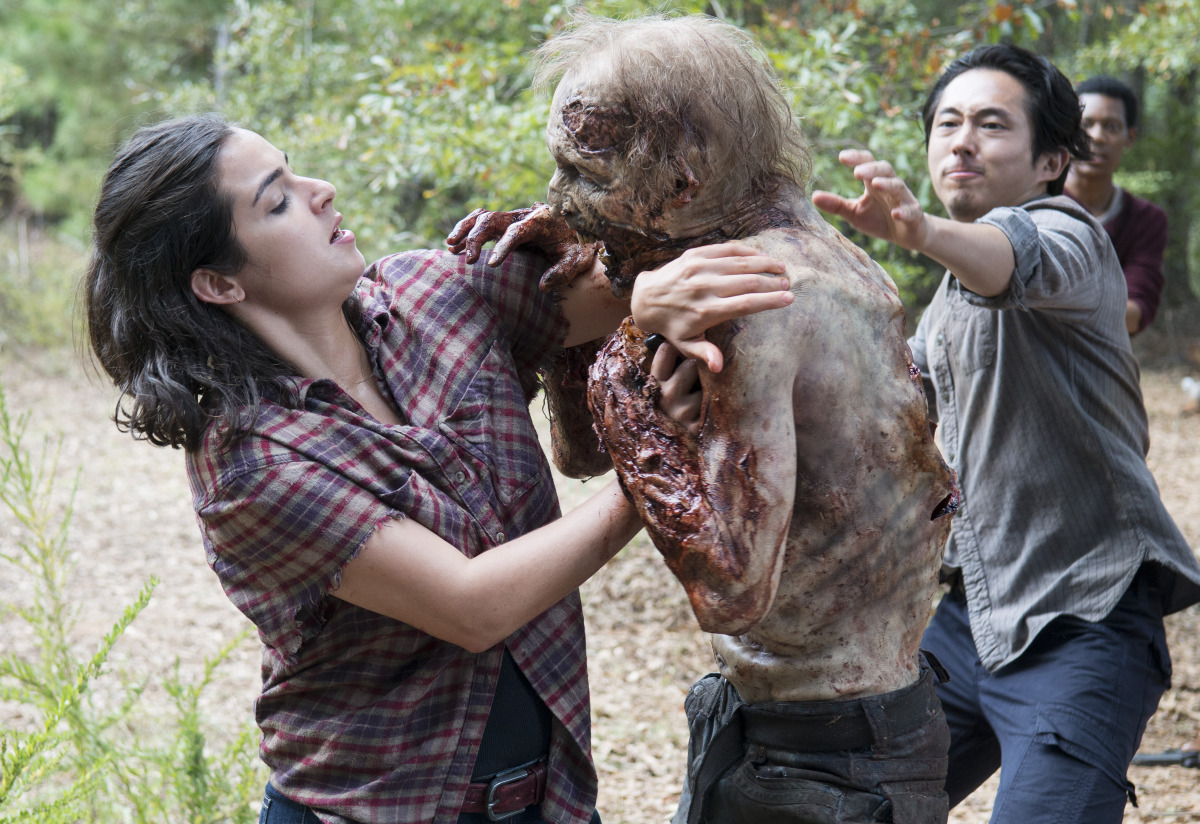 Glenna and Aiden get into a fight when they get back.  Daryl steps in to defend Glenn.  Rick steps in to break up the fight telling Daryl it isn’t the time.  Deanna announces that Rick and his people are not only part of the community now, but equal to the rest.  She has one more announcement: Rick is going to the constable and Michonne will be his deputy.  She also thanks Glenn for teaching Aiden a lesson.  Rick prepares for his first night of work.  He assures Carol and Daryl that everything will be okay.  He ends by saying that if the citizens won’t make it work, they’ll take the place and make it theirs.

Impression
Not the most interesting episode, although it did reveal some interesting information.  Deanna seems like a capable leader.  She knows when to be strict and when to be comforting.  Her son, Aiden, could pose a problem.  I don’t think Alexandria poses a threat.  I think the real threat will come from another group that attacks the community.  I wonder if it could be the same group that attacked Noah’s town.  It’s clear to me someone attacked Noah’s house.  It could be an omen of what’s to come.

Rick discovered the gun he hid is missing.  I wonder who took it.  It could a parent who feared their child would find it.  Deanna ordered Rick and his people surrender their guns.  They still had their knives and Michonne still had her sword.  Wouldn’t those be confiscated as well?  I can’t believe what Rick said at the end of the episode.  Would he really take Alexandria by force?  I can’t see Rick doing anything that would endanger innocent people.