Overview:
Deanna and her family are in mourning.  She hears Nicholas give his confession during a video conference.  She’s not sure if he’s lying but she orders that he and Glenn are not to be armed or allowed outside the wall.  Glenn is telling his story to Rick.  Rick once again makes his case for his takeover.  Glenn insists that Alexandria needs them. 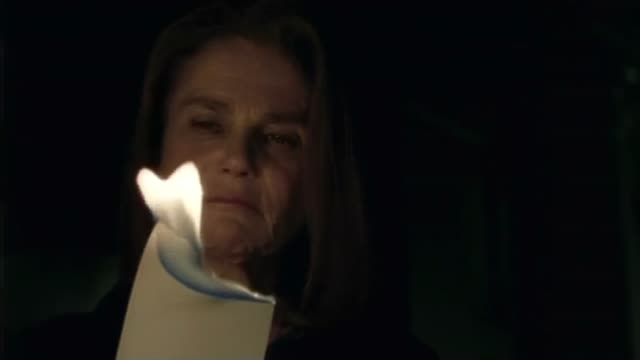 Carol has another talk with Rick about Pete, Jessie’s husband.  Carol knows how Rick feels about Jessie.  Rick approaches Deanna with his plan.  He wants to separate Jessie and Pete.  If Pete doesn’t agree to that, he dies.  Deanna wants to exile him, not execute him.  She argues that in a civilized society, they don’t execute people.  Deanna also hints that she thought about punishing Rick for what happened to Aiden.  She tells him that she would’ve sent him away.

Michonne and Rosita are searching for Sasha.  She was last seen in the tower.  They’re now following a trail of slain walkers.  Sasha isn’t just patrolling, she’s hunting Walkers.  Michonne is starting to worry about her.  Michonne sees some of her past self in Sasha’s behavior.    She’s worried that Sasha is losing her humanity.  Sasha doesn’t see how anyone can help her.  She also feels guilty for telling Noah that he wouldn’t make it. 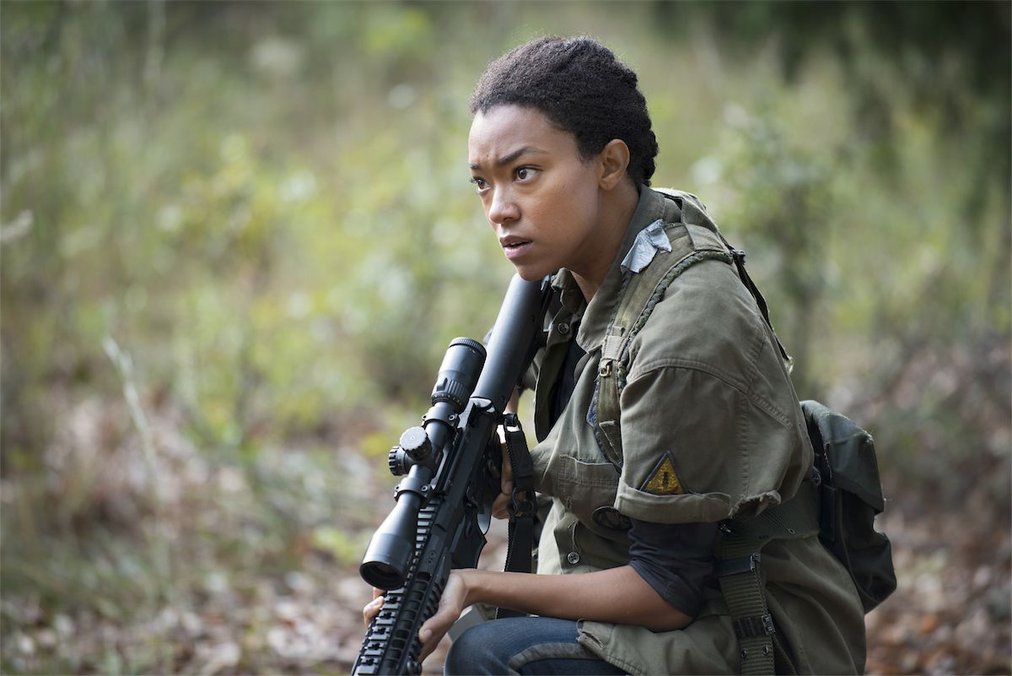 Glenn confronts Nicholas and warns him he’ll now be burdened with the lives of the people that died.  He tells Nicholas that he never goes outside the walls again.  Nicholas doesn’t take kindly to Glenn’s message.  Glenn isn’t outright threatening him, but there is a subtle threat.  Glenn isn’t going to let Nicholas get away with letting Noah die.

Rick visits Jessie and talks to her about Pete.  She tells Rick that things will get better.  She helped him once, she can help him again.  Rick warns her that’ll never get better.  Jessie wonders why Rick cares.  Everything is good for him.  She begins to suspect Rick has another reason for wanting to help her.  Rick offers to take care of Pete. if Jessie wants to.  She says yes just as Pete appears.  Pete tells Rick to leave, Rick tries to force Pete out.  A fight breaks out.  It’s a brutal fight.  Both Jessie and Carl try to stop it.  Deanna orders both men to stop fighting.  Rick tells Deanna that her way of living is going to get her people killed.  Deanna orders Rick to leave.  Rick defies her and is then knocked out by Michonne. 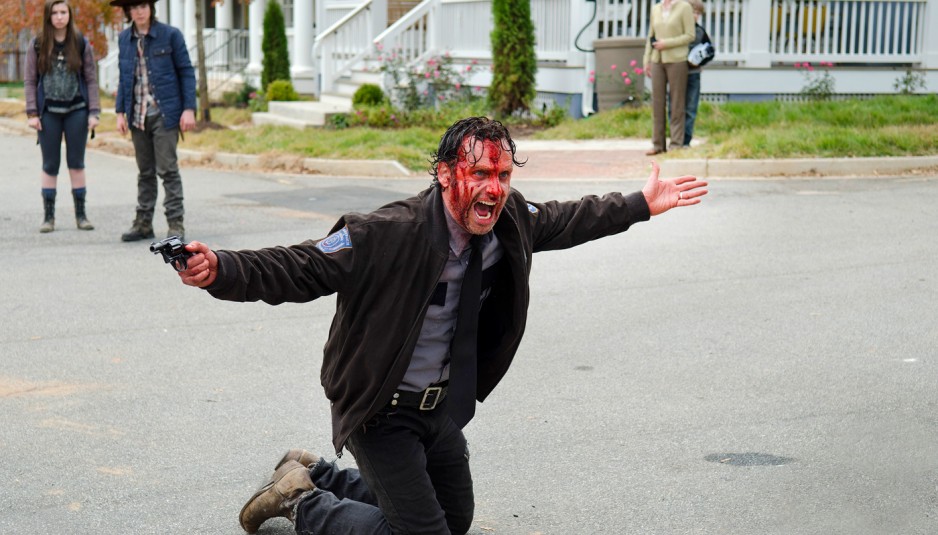 Impression:
This is one episode that just took up time to get to the season finale.  Not a lot going on, just moments for the sake of moments.  Although, there was a scene in which Daryl and Aaron found a dead woman tied to a tree with a ‘W’ carved on her forehead.  We saw a couple of walkers with these same markings in this episode.  I think there’s a dangerous group out there that is coming for the people of Alexandria.  Deanna might see Rick as a threat but she’ll need his help once this other group shows up.

I wonder what happened to Maggie.  Wouldn’t she go tell Glenn and Rick what she overheard from Gabriel? I think that’ll go down next week.  If Deanna knew Pete was beating Jessie, why didn’t she exile him too?  Yes, he’s a surgeon and yes I understand people with medical training are a commodity during this terrible world.  But if he’s beating his wife, he should be punished no matter what.  Deanna means well, but her actions, or lack thereof, are going to come back to haunt her.  This season finale is not going to end well.  Every action that is being ignored is turning into one big powder keg.