Overview:
Things have gotten tense after the violence.  The citizens don’t know how to act around Rick and his people.  One by one, Rick and his people are reunited.  Glenn and Nicholas return to camp, battered and bloody.  Glenn lies about their fight.  Tara is out of her coma, unaware of what happened to Noah.  We even get a chance to meet three new people, Heath, David and Annie.  They’ve been away on a supply run.  Eugene seems happy to meet the newcomers and even compliments Heath on his hair.

Rick is glad to be reunited with Morgan yet hesitant about letting him stay.  He suggests Morgan is placed under guard until he knows Morgan is safe. Rick gives Morgan a tour of the town.  Rick soon finds Gabriel and Tobin burying Reg and Pete.  Rick doesn’t want Pete’s body inside Alexandria.  Deanna agrees so Rick and Morgan take the body away to bury it beyond the wall.  Once they find a spot, Rick hears the growls of walkers in the distance.  Before he can investigate, Pete’s son, Ron runs into Rick and Morgan.  He’s about to get killed when Morgan and Rick save his life.  Rick offers to train Ron to survive.  Ron refuses based on the fact that Rick killed his father.

Rick devises a plan about the walkers he found.  He sets up a way to draw the walkers away from the town.  He won’t be easy so he needs volunteers.  Glenn, Daryl, Abraham, Sasha, Michonne, Nicholas and Heath, sign up.  Glenn doesn’t want anything to do with Nicholas.  Nicholas wants to try to make amends for letting Noah die and for trying to kill Glenn.  Glenn agrees, knowing they need as many people as they can get.

One of the citizens, Carter, has doubts about the plan.  He gathers some of the other citizens to discuss how to handle Rick.  Carter sees Rick as dangerous and wants to kill Rick before he kills anyone else.  Eugene overhears the plan and tries to run, only to be stopped by Carter.  Carter is about to kill him when Rick appears.  Rick disarms Carter and contemplates killing him.  Daryl and Morgan are hesitant about intervening although they don’t want Carter to die.  Rick spares his life and lets him go.

Later, Rick’s plan hits a snag.  There’s a group of walkers trapped in a store along the way.  If the walkers inside aren’t dealt with, they could distract the horde.  Glenn, Nicholas and Heath volunteer to clear them out.  It’s not easy but they get the job done.  Nicholas doesn’t run away.  He stands his ground and actually saves Heath.  Glenn and his group take off to see if they can help Rick and the others. 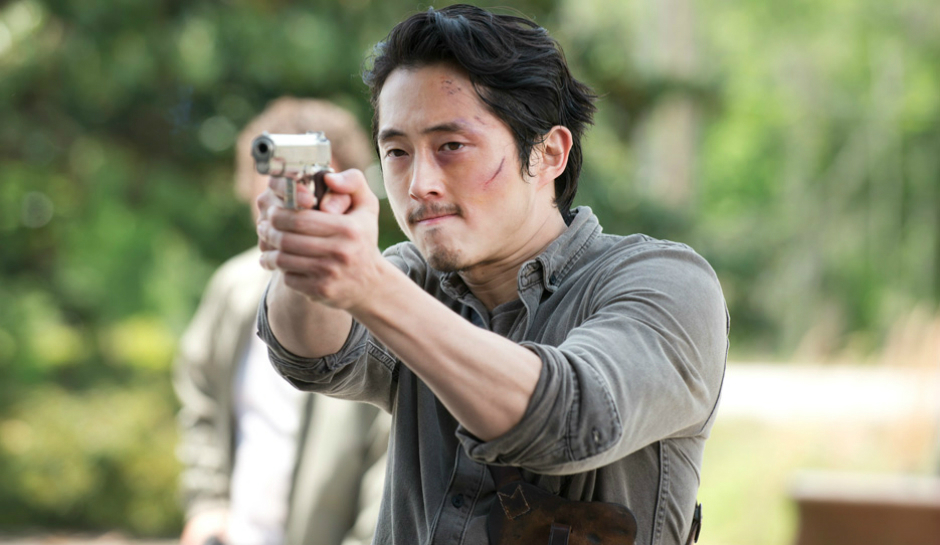 It’s up to Daryl, Abraham, Sasha, Rick and the others to do the rest.  The plan is going smoothly.  The walkers are following Daryl.  Rick orders the group to continue guiding the walkers.  As they break off, Carter is attacked and bit.  His screams start to draw the walkers away.  Rick has no choice but to put Carter down.  Things go from bad to worse when a horn goes off.  No one knows what caused it or who is using it.  Rick knows one thing: It’s coming from Alexandria.  More than half of the horde follows the horn to Alexandria.  Rick and his people have to get back home and fast! 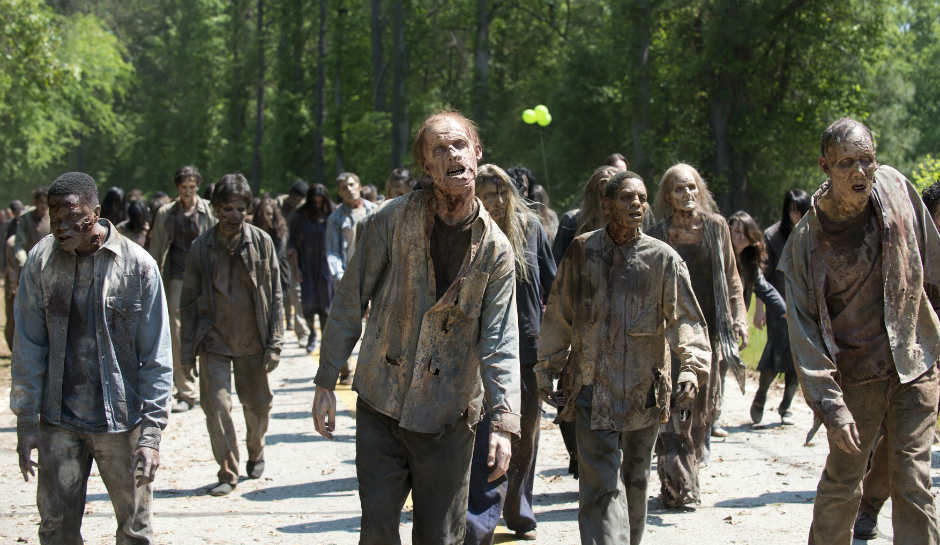 Quotes:
Rick: I know this sounds insane, but this is an insane world.  We have to come for them before they come for us.  It’s that simple.

Impression:
I think this was a good way to start the season.   Rick may come across as cruel to the people of Alexandria.  He has a point: In this world, you have to survive.  You can’t just live day to day.  Morgan is a valuable ally to the town.  He knows how to fight yet hesitates to kill.  Rick and Morgan make a great team.  I only hope they don’t turn on each other.  Gabriel tried to get people to turn on Rick’s group once.  I have a feeling he’ll try again.

I hope Rick and his people get to Alexandria in time.  That horde of walkers is closing there fast.  The season just started and we already have a huge problem.  If the citizens of Alexandria have to flee, I have no idea where they could go.  There’s a huge fight for survival coming.  Will it happen now or later in the season?  We all know peace doesn’t last in this dark world.