Overview:
Carol is looking through the pantry.  She’s gathering ingredients to bake cookies.  She walks through Alexandria and hands out the cookies to the people she sees.  Rick and the others return home.  Rick wants everyone to meet in the church for a meeting.  Carol asks what’s going on and Rick tells her they’re going to have to fight soon.  Carol goes to visit Sam’s grave.  Morgan meets her and asks her why she didn’t tell anyone that he was keeping the Wolf prisoner.  Carol doesn’t answer him outright.  She refuses to talk anymore and tells Morgan to leave her alone. 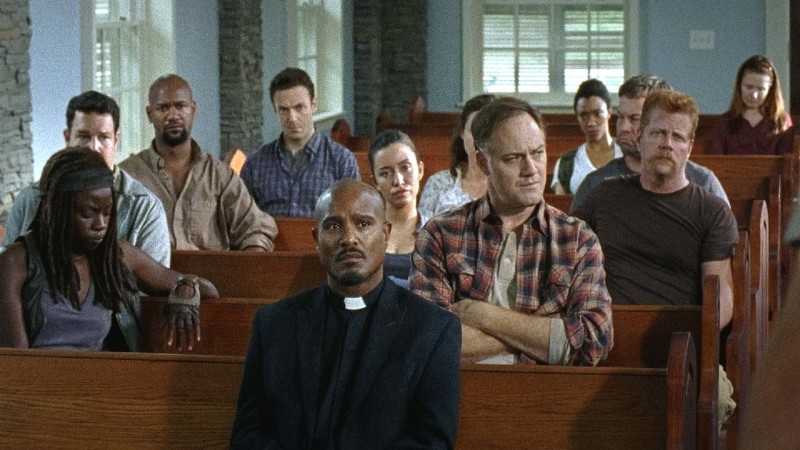 Carol has a heart to heart talk with Tobin.  He’s staying behind, but he’s afraid for Carol’s safety.  Tobin sees Carol as a mom to the whole town.  That’s why she fights so hard to protect everyone.  She feels responsible for everyone in the town.  Tobin hints that he has feelings for Carol.  Carol is touched by this confession and kisses him. 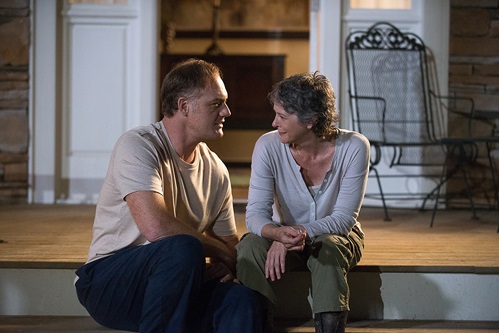 Abraham is packing up his things.  He’s leaving Rosit and he’s pretty vague on th reason. It could be he has feelings for Sasha.  Rosita breaks down crying as Abraham leaves the room.  Eugene comes to the room shortly after.  He tries to comfort Rosita but she slams the door in his face.  Meanwhile, Rick is planning the attack.  Using Andy’s information, Rick is able to draw out a map of the Savior’s main base.  The final part of the plan is to secure the Saviors’ armory and use their own weapons against them.

Rick and his people roll out to launch the attack.  Rick, Michonne, Abraham, Rosita, Carol, Glenn, Heath, Jesus, Aaron and Daryl are all joining the attack. One of the conditions is to bring the Saviors Gregory’s head.  Rick plans to kill a walker that looks close enough to Gregory.  Father Gabriel wants to come along too.  Glenn and Heath discuss the moral aspect of the attack.  They’ll be killing humans.  They’ve killed walkers but never people.

Andy arrives at the compound.  Two guards come out to meet him.  After seeing Gregory’s head, one of the guards go out to bring out Craig.  That’s when Daryl takes him out.  As the second guard comes out, Michonne kills him.  Jesus stays with Andy, Carol and Maggie.  The rest go inside the compound, ready to take the fight to the Saviors.

Once inside, the group splits up.  One by one, the Saviors are taken out.  Glenn and Heath both have difficulty killing people in their sleep.  The plan goes to hell when a guard surprises Abraham and Saha.  Sasha kills him, just as he sounds the alarm.  Maggie and Carol rush to help.  Carol wants Maggie to stay behind.  Jesus orders Andy to take Craig back home.  He’ll go inside and help the others.

There’s fighting all over the compound.  Each group searches in vain for the armory.  Glenn and Heath find the armory just as they’re about to be pinned down.  They both grab some guns and open fire, killing the Saviors.  Glenn and Heath come out to make sure the Saviors are dead.  One Savior is alive and is about to shoot when Jesus finishes him off.

The fighting ends just as dawn begins.  Rick and his people are all alive.  The Saviors are dead and the people of Hilltop are safe.  Suddenly, one Savior tries to make a break for it on a motorcycle.  Rosita shoots at him, knocking him off.  Daryl tackles him and pins him as Rick holds him at gunpoint.  A voice over the Savior’s radio orders Rick to drop the gun.  The woman reveals she has two hostages, Carol and Maggie. 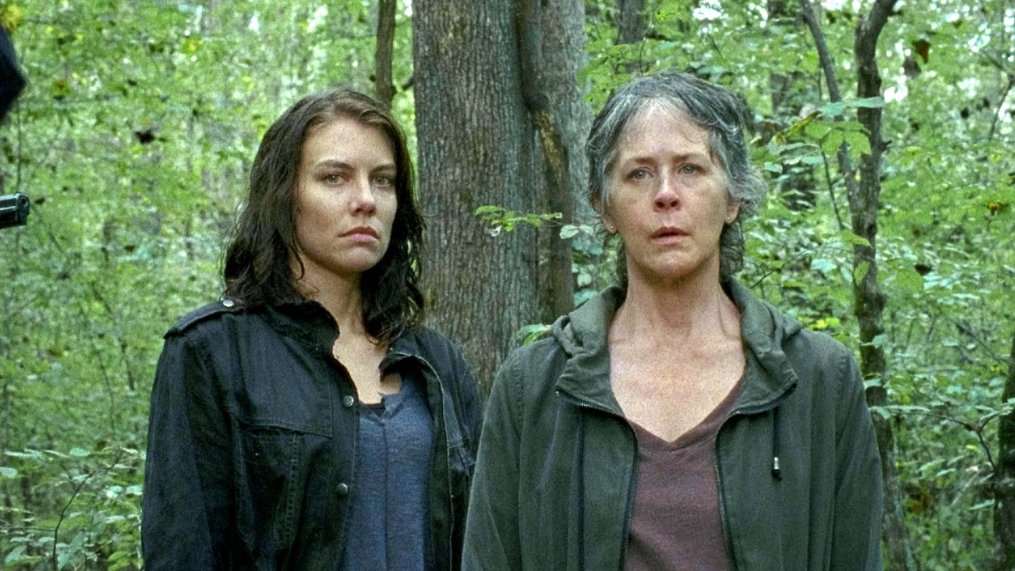 Quotes:
Rosita: We don’t kill. We don’t like it.  It happens.

Andy: (to Rick) The Saviors, they’re scary.  But those pricks got nothing on you.

Tobin: You can do things that terrify me.
Carol: How?  How do you think I do those things?
Tobin: You’re a mom.
Carol: I was.
Tobin: You are.  It’s not the cookies or the smiles.  It’s the hard stuff.  The scary stuff.  It’s how you can do it.  It’s strength.  You’re a mom to most of the people here.

Impression:
This episode had many things going for it.  I loved the speech Rick gave to people of Alexandria.  He’s right about having to attack first.  The Saviors are vicious killers who would’ve killed them first.  This fight is about survival.  The theme of fighting for suvival echoed to Glenn and Heath.  They both were uncomfortable with killing people.  Yet if they didn’t kill the Saviors, the Saviors would kill them and their friends.  Glenn and Heath are good people forced to kill.

Carol and Maggie are now at the mercy of the Saviors.  They’re both fighters and can handle themselves.  Only problem, we don’t know how many Saviors are waiting for them.  If Rick and his people are going to rescue them, they need to act fast.  The Saviors aren’t know for mercy.