Overview:
In a flashback, we see Enid stranded with her parents.  They’re trying frantically to get their car started.  It’s too late as walkers appear and kill her parents.  Enid spends quite a bit of time wandering aimlessly.  She’s able to survive by hiding from walkers and eating what she can find.  Whenever she stops to rest or eat, she leaves a message, ‘JSS.’  She soon finds Alexandria.  She’s let in, finally happy to be somewhere safe.

In the present, Tara and Eugene meet the new doctor, Denise.  Denise is shy and unsure of herself.  She did go to medical school because she wanted to be a surgeon.  However, she ended up becoming a psychiatrist.   Pete didn’t like Denise so he never accepted her help. Tara assures her that she’ll do a great job.  She knows she’s in over her head.  There’s no other choice, Denise is all that Alexandria has. 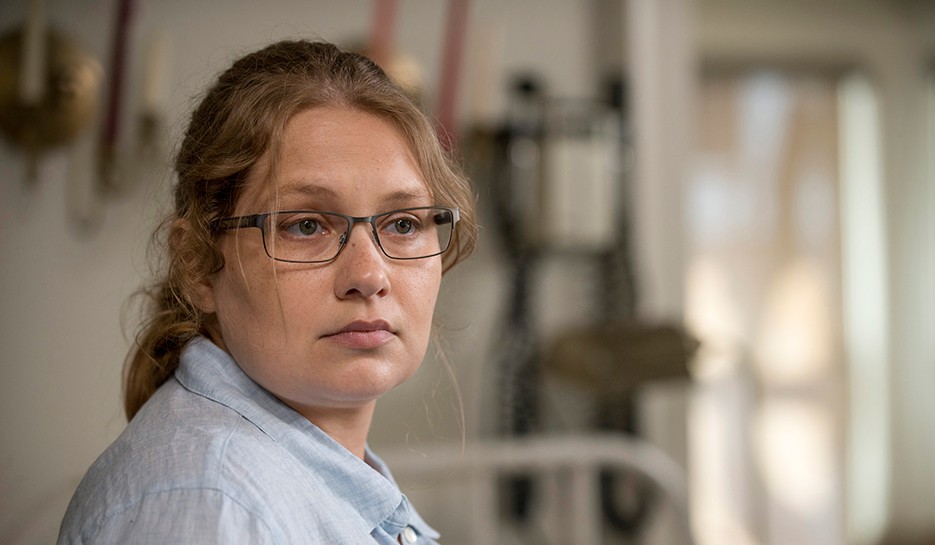 Carol is preparing dinner as she keeps an eye on Judith using a video monitor.  Carol looks outside to see a neighbor killed by a man wielding a machete.  Maggie and Deanna also hear screams.  They call to a guard but he’s killed by Molotov cocktails. It’s The Wolves.  They’ve gotten inside Alexandria and they’re killing anyone they find.  Carol orders Carl to stay at the house and protect Judith.  She has a plan and needs to act on it fast.

As Carol manages to sneak around the town, citizens are being hunted down and killed. She finds one of her friends, Erin.  Erin is mortally wounded, forcing Carol to finish her off so she won’t come back.  Deanna’s son, Spencer, is up in a guard tower with a sniper rifle.  He’s doing his best to protect the town.  Suddenly, a truck comes straight at the town.  Spencer manages to take out the driver.  The truck comes to a stop as the driver leans on the horn.  Spencer goes to the truck to stop the horn.  Morgan appears and offers to repel the attackers.  Spencer meets up with Maggie and offers to protect Deanna.  Morgan leaves and runs into Carol.  Carol has a plan to get to the armory and use the guns there to stop the attack. 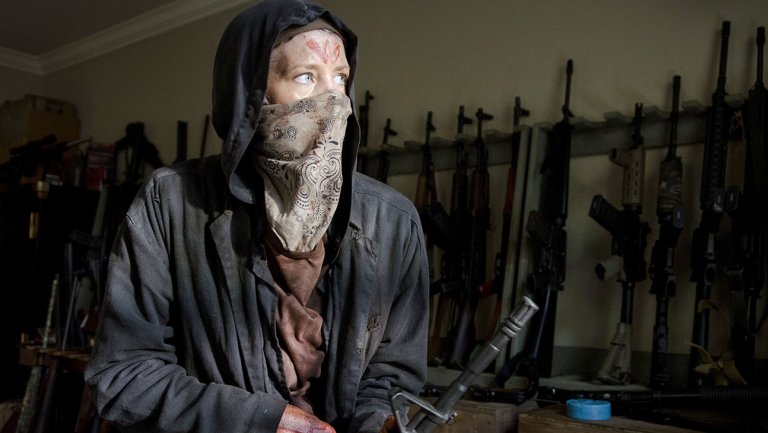 Carol gets to the armory and grabs some guns.  She runs into Maggie and hands her one.  She gets to Morgan and together they head off.  Morgan breaks away to save Gabriel.  Carol gives Morgan two guns but he hands them to Gabriel.  Morgan and the citizens fight back and the tide turns.  The attackers leave Alexandria.  The safe place is now in ruins.  Can the survivors stay there any longer?

Quotes:
Maggie (to Deanna) Reg wanted this community to grow.  You did, too.  Has that changed?  Everyone that’s here is here because of you.  You need to show them you’re still here.

Maggie: (after the attack) We’re still here.
Deanna: Not all of us.

Impression:
This was an intense episode that stood out.  The attack on Alexandria was fast and brutal.  I can’t help but wonder how the attackers, The Wolves, got in.  Enid mentioned the town has a lot of blind spots.  I wonder if she’s a Wolf or possibly a spy.  If she is with them, how did she meet up with them?  I have a feeling there’s more to Enid than meets the eye.

The Wolves proved they are vicious killers.  I don’t think they’re just going to disappear.  I have a feeling they’ll come back.  Rick and the rest are trying to get back home as fast as they can.  The horde of walkers will prove to be a difficult challenge to overcome.  I’m not sure there’s going to be a happy ending.  This is The Walking Dead.  There’s no happy endings or safety.  From here on out, there’s only survival.