The Walking Dead’s Greg Nicotero Let His Tongue Slip: Did More Than One Die During Negan’s Game?

“If we would have shown the deaths, then they wouldn’t have felt our characters in season 7 the way they need to.” says Greg Nicotero... 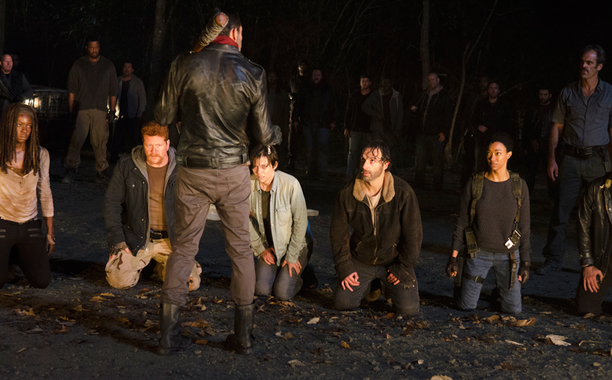 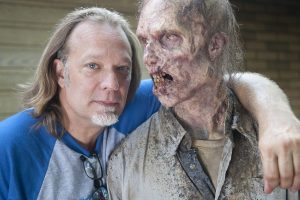 This makes me feel a lot of people in season 7 are to-be Walker food. Did Glen die last season or is someone else remaining in his place (psst. Carl)? Whatever changes season 7 brings I think we all can rest easy knowing the next season will be as dramatic and action-packed as the last.

But thanks to Nicotero, now I’m wondering who has corpse stamped on their forehead prematurely! So let’s discuss that:

Nicotero during an interview with EW said “If we would have shown the deaths, then they [the fans] wouldn’t have felt our characters in season 7 the way they [the fans] need to.”, did you catch that plural word in there? He said DEATHS! So that means a majority of either: members of King Ezelikel’s Kingdom are goners OR, or, some other group of folks are — a new group will be introduced next season soo…. —. It could be the new folks.

Nicotero managed though to roll his tongue back into his mouth after letting it slip out for that spoiler and decided to backtrack a bit:

Listen, it was the hardest two weeks of my life. You take these actors and you drag them. You illicit the deepest, darkest fears that they’ve ever had because our actors, they’re fucking (Nicotero the language! That’s not fucking acceptable. Yeah we have fun here, carry on) in it. So, you spend two weeks taking them to this place and it’s horrific.”

Whether season 7 follows the formula of the comics and lays off Steven Yeun or AMC goes in an entirely different direction, that all still remains a mystery. We’ll all have to wait and see I suppose one more month to quench our thirst for answers when season 7 premieres October 23rd.