The Woman in Black 2: Angel of Death Disappoints 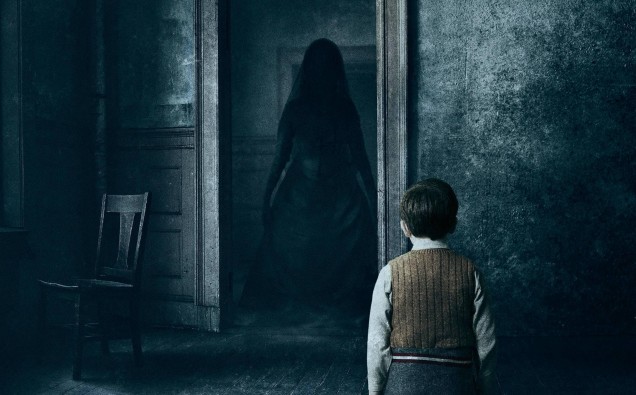 The Woman in Black 2: Angel of Death

I was quite partial to The Woman in Black (2012), which employed a classical style and carefully crafted atmosphere in relating its tightly constructed story, but dared to go to some very dark and disturbing places. 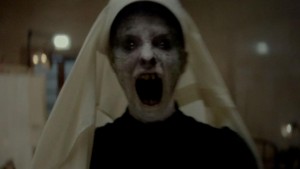 Credit must be given to the makers of The Woman in Black 2: Angel of Death (including Susan Hill, author of the source novel for the previous film, who contributed to the story of the sequel) for not simply recycling the set-up and structure of its predecessor. In the first film, it was Arthur Kipps’s (Daniel Radcliffe) solitary visits to the haunted Eel Marsh House which awoke the Woman in Black, leading to a series of juvenile suicides in the village of Crythin Gifford. This time, the setting is moved from the Edwarian era to World War II, and has schoolteacher Eve Parkins (Fox) and headmistress Jean Hogg (McCrory) taking their pupils to the now-abandoned Crythin Gifford to escape the London Blitz by holing up in the Eel Marsh House.

This is a brilliant set-up to provide both a new perspective on the curse and a slew of potential victims for the vengeful Woman in Black. Unfortunately, the meandering narrative never finds a particularly interesting place to go with the ideas. Instead, perfunctory scenes are allowed to play out at a sluggish pace, punctuated by bursts of ham-fisted exposition and unearned jump scares, with some major plot points propelled by totally unmotivated epiphanies on the part of Miss Parkins.

Production design is solid, as one expects from a Hammer picture, but the lighting and photography are bland and indifferent, a stark contrast to the painterly compositions of the first film.

Angel of Death might have made up for its stylistic and narrative shortcomings a little if it had been as bold as the prior movie in its presentation of the children’s suicides, a source of truly abject horror. However, even here the new film falls short. It keeps its body count low and the few deaths that occur are incredibly tame in their execution.

In the final assessment, The Woman in Black 2: Angel of Death is well conceived, but in presentation it fails either to entertain or to disturb that the concepts go to waste.

For more reviews, plus news, history, and more, keep on reading The Blood Shed, and check out our Facebook page!