‘The World Has Ended’

What Are You Going To Do Next? 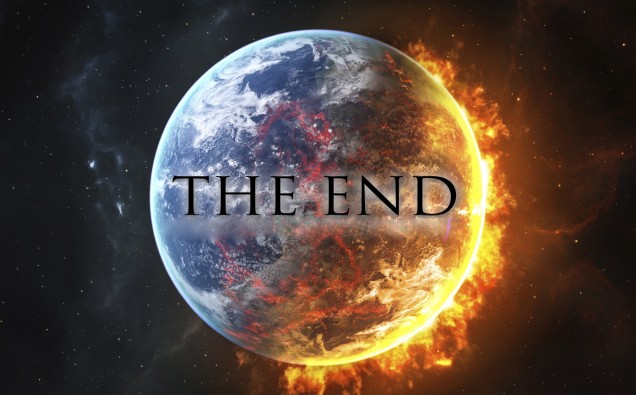 It’ something we’ve seen in movies and TV shows.  We’ve read about it in books and maybe even discussed it in school.  The end of the world is something that is both terrifying and fascinating.  Various religions have their own interpretation on how the world will end.  There’s so many ways the world can end: Meteor strikes, natural disasters, exploding suns, illness, wars, any numerous monster attacks and so much more.

Let’s imagine that the world ends.  I don’t mean as in the world explodes.  Maybe half the population dies from an illness.  Another possiability is that most of the world is ripped apart by an earthquake or multiple tsunamis.  Governments and society falls which means the world as we know it has changed drastically.  Your comfort zone no longer exists.  The world has changed for the worst and there’s a chance the survivors, if any, may change for the worst as well.  You become filled with fear as you contemplate your choices.  Do you stay the same safe, good person you are or do you change to survive this brutal new world?

If you choose to stay a good person, you’ll have to adapt.  Stranger have posed a threat before but pose a greater threat now.  If you’ve seen any number of horror movies, you know that strangers rarely turn out to be good people.  Survival becomes the ultimate goal and everyone must survive.  Stranger who offer help might just be decent people who do want to help.  There’s another chance they could be psychopaths that want to kill or do any number of things to you.  You have no idea who you can trust or not.  Your survival depends on who you choose to watch your back.

There’s another option to become an outlaw, raider or psychopath.  There’s no government and no more police.  The world is rid of rules once and for all.  You’re now free to do whatever you want.  If you choose to get rid of your moral code, the world is ripe for the taking.  Of course, you do realize you won’t be the only bad guy around.  There are others you will constantly challenge you to fight.  You’ll have to prove how bad you really are constantly.  The slightest hesitation and you’ll be perceived as weak.  If you choose this dark path, you realize there’s no going back.

If the world does end, what would you do?  You have your friends and family to protect.  You also have to live with the choices that you make.  Thankfully, this is just a hypothetical scenario.  Then again, you have to wonder how you would act in this dreary situation.  You can joke all you want but remember at some point, the world is going to end.  Have a nice day!