The World’s First Immersive 360 Degree Zombie Film is Being Made!

And it needs your help! 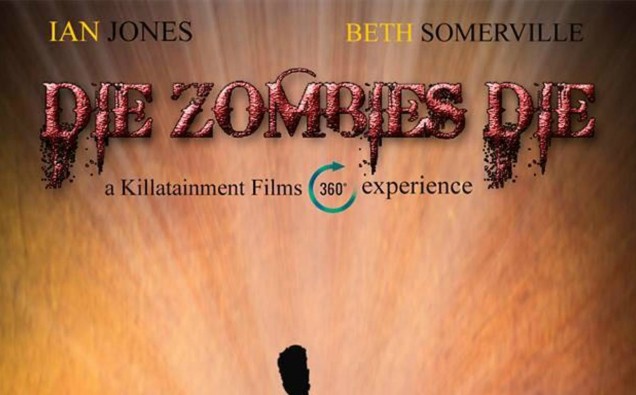 Zombie movies have been done to death (ba-dum-tish). But every once in a while, someone breaths new unlife into the genre with a new angle. In this case, a new technology. Alan Dillingham and Killatainment Films are creating the first ever 360 degree, continuous shot, immersive zombie film with Die Zombies Die!

Die Zombies Die will be a one continuous shot film, which means that there will be no cuts, the whole film will be in one single take. This is a short film.

Synopsis: Two people must escort a survivor through a horde of zombies. Let the bodies hit the floor!

This film will be shot in two different styles.

It is a new and immersive way of watching videos. The 360 camera systems record the full 360° field of view. After recording the video with the specialized camera it then goes into the editing software, where the video is customized for the VR experience.

How is it different?

It allows the viewer to observe the action around them and watch any point in a 360° view.

There are many ways to watch a 360 video using various VR devices and or programs.

Do I need a VR Device to view?

No. You can view the film on the You Tube App and also online on google chrome. However, the VR experience is heightened with a better immersion with the devices built for it.

The 360° allows a new way to watch films and with it a new way of making films. It allows the viewer to feel closer and be a part of the action. It really is an amazing technology that is just taking off.

Are you as stoked about this as me? Help them make it happen on their kickstarter!