A well written film with a rich mythology 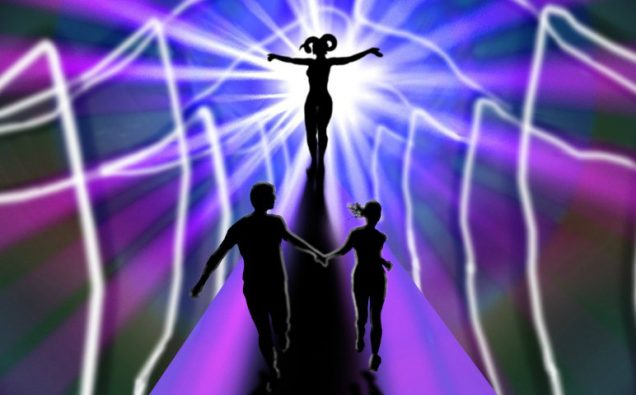 Theta States is the latest film from indie horror filmmaker Manny Serrano (Blood Slaughter Massacre) and very likely his best work to date. With an indie pedigree including stars like Tom Ryan (Faces) and Erin Brown (aka Misty Mundae), the film is a very original take on nightmares and dreams, carried out with a low budget that does nothing to hamper the film’s enjoyability.

The film tells the story of Danny, a young man who lives with his girlfriend, Kelly, and hasn’t been able to sleep at all in days. It’s gotten so bad that it is tearing his life apart. He sees an ad on TV for Audible Lucid Perceptions, a sleep clinic using binaural beats to treat insomnia. After visiting the clinic, the strange Dr. Zovnig gives Danny a device to listen to to help him sleep. The device helps and all seems to be well until Danny starts having bizarre nightmares and daytime blackouts.

I love the film for its originality and its dive into obscure German folklore. Theta States makes use of a lesser known creature known as an alp which I have literally only seen used in one other story (the book Monster Hunter: Legion). The film leaves nothing to be desired. With acting ranging from adequate to above-average, superb practical effects that are actually chilling in places, and the aforementioned story, Theta States is a great flick showing that you don’t need to go to Elm Street to have a nightmare.