This Is No Ordinary Painting

Stay Away From It... 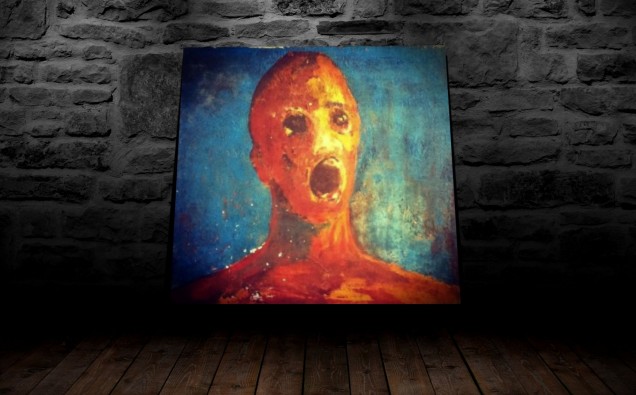 We seem to have a fascination with the supernatural.  Whenever we hear of a haunting, a possession or a dark ritual, we want to learn more.  Some people become afraid and want to run away.  Others want to know more.  There’s a painting out there that is rumored to be possessed.  This painting, The Anguished Man, has quite a story to tell.  The artist who created it committed suicide shortly after creating the piece.  It appears the painting is possessed.

Sean Robinson inherited the painting from his grandmother.  She would tell him stories of how she would hear voices and see strange images around the painting.  She had locked it in the attic.  Sean took the painting into his home.  Shortly after he also began experiencing strange phenomenon.  He even setup a camera to document some of these events.  You can see some of the footage on his YouTube page.  There’s even a Facebook page where you can learn more about this terrifying item.