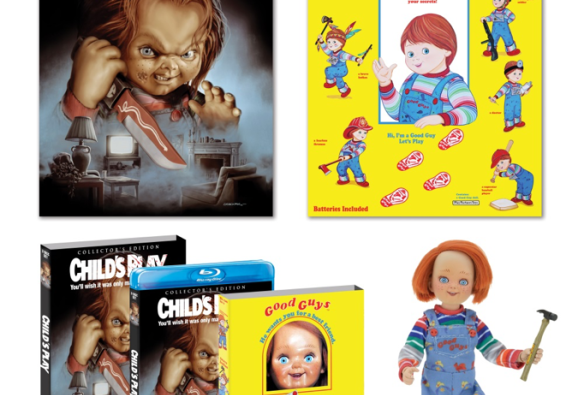 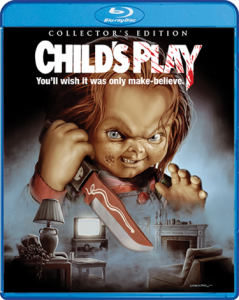 Wanna’ plaaaay? Tom Holland’s killer doll flick Child’s Play made Chucky an Icon of Horror and changed the face of doll movies forever. And now you can experience the slasher flick in the best possible way! Shout! Factory this Fall is releasing a special edition 2-disc Blu-Ray set, including a NEWLY RECORDED audio commentary with director of the flick Master Of Horror Tom Holland as well commentaries by Alex Vincent, Catherine Hicks, Chris Sarandon, Brad Dourif and more! Also included in the release is an exclusive poster, slipcover and a “Good Guys” Chucky action figure via NECA! How freakin’ cool is that?!

The “chills come thick and fast” (Los Angeles Times) in this riveting, jolt-a-minute thriller about an innocent-looking doll inhabited by the soul of a serial killer who refused to die. From the director of Fright Night, Child’s Play comes complete with “excellent special effects” (Leonard Maltin) and a slew of special features that make this Blu-ray your “friend to the end!”

In this “clever, playful thriller” (The New York Times), only six-year-old Andy realizes that Chucky is responsible for a spate of gruesome murders, including that of his unsuspecting babysitter. But the real terror takes hold when the deranged doll becomes determined to transfer his evil spirit to a living human being… Andy! 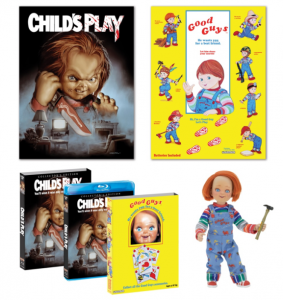