Terror from abroad reimagined for the USA. 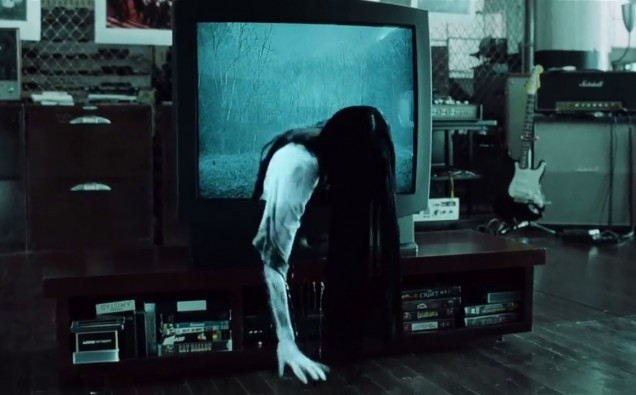 George Sluizer, director of the original Dutch version of The Vanishing, was invited to direct the American remake on one condition: That he rewrite the film’s brutal-as-fuck ending. While this was a point of consternation among horror fans who found the happily-ever-after finale disappointing, it’s actually more in keeping with the ending of The Golden Egg, the novella by Tim Krabbe on which both films are based. Whichever ending you may prefer, The Vanishing is ultra-bleak psychological horror exploring themes of obsession and the banality of evil.

While concrete parallels between The Uninvited and the South Korean film it’s based on are tenuous, cultural differences probably make a straight-forward American interpretation impossible. So while it’s a very different story than A Tale of Two Sisters, it’s still a nuanced and compelling film with an awesome final twist. The Uninvited is a great example of intense and satisfying PG-13 horror.

Shutter deals with the inevitable complexities that come from Western interpretations of Asian cinema by setting this remake in the country of origin; this way we can connect to the struggles of relatable characters even though the location and customs are so foreign. And despite the stereotype that says remakes are never as good as the original, the American version of Shutter actually expands on the plot, introducing even darker elements to an already disturbing tale of retribution and obsession from beyond the grave.

One way to make sure you don’t disappoint fans of the original is to film your American version as a virtual shot-for-shot recreation; such is the case with Quarantine, a remake of the first chapter of the wildly successful REC franchise from Spain. Besides the obvious language difference, the only noticeable deviation is Quarantine’s explanation for the killer virus. It’s really a shame Quarantine 2: Terminal took the plot in an entirely different direction; if they had stayed just as true to the source, we might have had another bonafide hit franchise this side of the Pond.

The film that put Wes Craven on the map as a master practitioner of horror, The Last House on the Left, is based on the Swedish film Jungfrukallan aka The Virgin Spring. Both movies were considered extremely controversial upon their releases; each met with protests and even outright bans. While attitudes regarding graphic depictions of sex and violence have relaxed over the decades, making Last House on the Left available virtually anywhere, time has not diminished this film’s intensity or the shock it produces. Even the 2009 remake can’t match the brutality of Craven’s debut opus of exploitation.

The very first American remake of a Japanese horror movie, the film that paved the way for The Grudge, Pulse, and others, almost single-handedly launching the J-Horror craze, is 2002’s The Ring. The film’s opening sequence, which introduces a curse videotape, is one of the most chilling and engaging scenes is all of horror. The tormented and dangerous ghost of young Samara stands proud with some of the genre’s most iconic villains.

With 2008’s Mirrors, you get an American remake of a South Korean movie, filmed in Romania, helmed by a French director. Just like his treatment of the 2006 remake of The Hills Have Eyes, Alexandre Aja retains the best aspects of the source material while upping the ante with scenes of elevated depravity. While Mirrors was only tepidly received upon its release, it became a surprise international hit on DVD.

Since Takashi Shimizu directed The Grudge and the Ju-on franchise it’s based on means the remake is very true to its source. Despite a nonlinear story arch and confusing subplots, The Grudge was an unexpected mega-hit, grossing over $187 million worldwide; the fact that the film cost a mere $10 million to produce makes it one of the most profitable horror movies ever. According to Wikipedia, a reboot written by Jeff Buhler and produced by Sam Raimi was announced in 2014.

Besides a shared washed-out aesthetic and a handful of similar scenes, the American remake of Pulse is a vastly different film from its source. Whereas the 2001 Japanese original is a gloomy and surreal meditation on the dehumanizing effects of technology, 2006’s Pulse is a thrilling cyberpunk mind-fuck. The idea of a purgatorial Internet afterlife resonates with our media-obsessed culture where our online personas are destine to outlive us all. The idea of a possessing force behind our monitors stokes anxieties regarding deceit and manipulation.

While it completely skirts the most controversial aspects of the Swedish version (namely the true gender of the supposedly female tween-age vampire), Let Me In is one of those rare horror movies that’s both disturbing and beautiful, incorporating a profound sense of comradery. The story of outcasts finding strength through friendship can really tug at a horror fan’s heartstrings, admit it.

What are your favorite American remakes of foreign horror movies? Let me know in the comments section!