The Master of Horror Fiction’s greatest successes in celluloid. 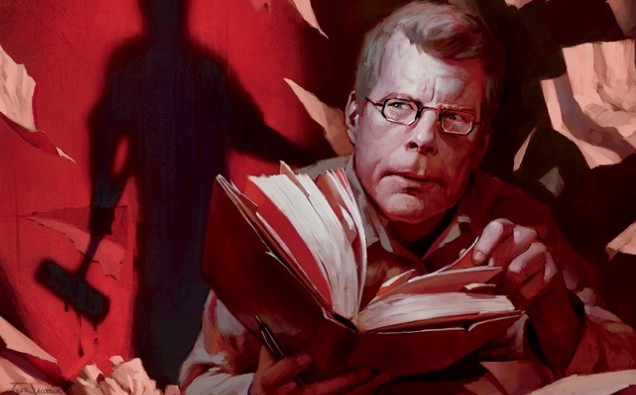 Stephen King has been the undisputed Master of horror fiction for over 40 years now; not only is King one of the most prolific writers in this, or any genre, he has amassed a gigantic following based on his ability to deliver consistence, high caliber thrills through creative storytelling. Hollywood filmmakers identified King’s outstanding abilities early on, first producing Carrie 1976 with over 100 film and TV adaptations of his work to follow.

One needn’t necessarily read Stephen King’s fiction to appreciate his films; while those familiar with his writing will no doubt gleam more from his movies than those who are not, King’s best films can be appreciated for their own merits. This fact, no doubt, contributes to his mass appeal with fans of every age group, in just about every walk of life.

The films below represent the best examples of horror movies based on the writings of Stephen King. Enjoy!

Pet Sematary is one of Stephen King’s most terrifying books, and the film adaptation is equally unnerving; I’m certain this is due to the fact that King wrote both the novel and the screenplay. Director Mary Lambert worked closely with King throughout the filming process to ensure that his vision was realized. The results are extraordinary, especially in the film’s ability to entertain and horrify. A deeply nuanced tale of tragedy and resurrection, Pet Sematary is bolstered by a great cast and incredible, truly disgusting FX.

Stephen King’s personal dissatisfaction with the 1980 film adaptation of The Shining is legendary; still, the movie, written and directed by Stanley Kubrick, remains one of the most enduring horror movies ever made. Nearly unequalled it its ability to terrify, Kubric’s interpretation is a complex and enigmatic story that has kept film enthusiast buzzing for decades. The 2012 documentary about the film, Room 237, in deeply entertaining, both for the factual insights it delivers as well as the ludicrous theories presented, some of which border on the outlandish. The Shining had an incredible impact on horror practitioners, and allusions to the film and the novel are copious in the genre.

The very first film adaptation of a Stephen King book, Carrie, remains one of his most compelling. Carrie White (played by Sissy Spacek) is an especially downtrodden teenage outcast, bullied mercilessly at school by classmates and oppressed at home by a religiously fanatical mother. When Carrie is pushed to a breaking point, she discovers a powerful and dangerous telekinetic ability. The films bloody, explosive finale is bolstered by director Brian de Palma’s masterful use of split screens; the film concludes with one of the best jump-scares in horror history.

The film adaptation of Stephen King’s The Mist is an extraordinary creature feature; the monsters here aren’t just otherworldly, they’re from a different dimension all together. Experiments at a military base open a portal, unleashing all manner of Lovcraftian beasties. For survivors holed up in a supermarket, strong personalities and religious fervor create a situation at least as dire as the chaos outside, which poses the question: Who are the real monsters? The ending is bleak and divisive, more like the ending of a nihilistic French horror movie; it’s a powerfully tragic moment that hits like a gut-punch.

“Not a horror movie,” you say? “Wrong,” I say. The idea of false imprisonment (and/or being found guilty of a crime for which one is innocent) is a powerful fear among many in our modern society.   Prisons in America are notoriously cruel institutions, where physical and sexual brutality is a daily occurrence. Not only is Jail a perfect metaphor for Hell, it’s also a place where people are drained of their humanity. A happy ending doesn’t stop a mind from pondering, “What if it were me?” and “What if I wasn’t so lucky?”

The amazing chemistry between Kathy Bates and James Caan in the film adaptation of Misery is a big reason for the film’s success.   The intimacy between captor and captive is unnerving and unsettling throughout. While few and far between, the scenes of violence are incredibly intense—even nauseating. The story of a writer and his “Number One Fan” is clearly a metaphor for King’s own career, wherein he feels forced to continue producing the kinds of stories people have come to expect; he feels trapped, hopeless, and extremely desperate.

While the concept of homicidal minors isn’t as outlandish today as it was in 1984 (indeed, news of kids committing crimes of the most heinous variety are not uncommon), Children of the Corn is still a terrifying reminder that evil often emerges from unlikely sources. It’s also a parent’s worst nightmare: The idea that a child raised with love might one day grow up to kill you. Children of the Corn can also be viewed as an allegory and a warning: When parents are absent, kids can become monsters capable of threatening an entire society.

A paranormal investigator, famous for debunking claims of supernatural phenomena, checks into the fabled Room 1408 in the Dolphin Hotel—where the skeptic gets more than he bargained for. All the terrors of a haunted house are packed into a single hotel suite, one where escape seems impossible. As the night progresses, the apparitions become manifestations of the writer’s personal demons, pushing him to the brink of suicide. The FX, script, and acting are all outstanding.

A young man discovers his grandmother isn’t the sweet old lady he always thought she was; in fact, she’s a ruthless witch. While the film feels slightly incongruous at times, the story of family secrets and lies is incredibly effective. The film also incorporates aspects of the Cthulu mythos, adding layers of nuance throughout. Mercy isn’t the kind of film that offers answers on a silver platter with a nice tidy ending, so be prepared to exercise your brain cells after giving this one a spin.

Another story that about the terrors of adolescence is Christine; Arnie Cunningham (played by Keith Gordon) is like a male version of Carrie White—except telekinesis isn’t his secret weapon; in Arnie’s case his, dangerous power manifests in the form of a 1958 Plymouth Furry, a car he affectionately calls “Christine”. When Arnie gets picked on by bullies, Christine comes to his rescue; when his parents threaten to separate them, Christine intervenes. But when Arnie falls in love with an actual girl, well, Christine is pissed.

What are your favorite film adaptations of Stephen King stories? Let me know in the Comments Section.