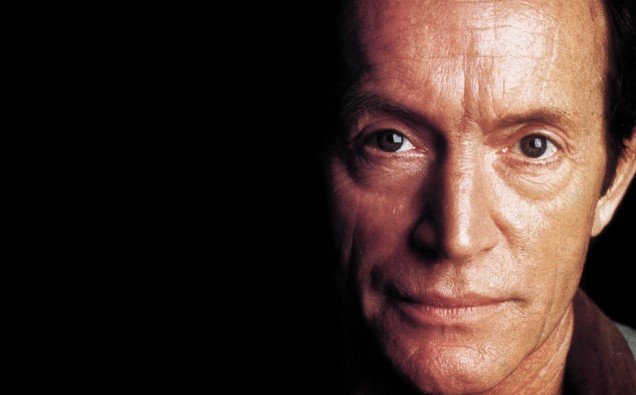 The buzz surrounding Neill Blomkamp’s Alien 5 is at a fever pitch; last week, entertainment news outlets reported that Sigourney Weaver had signed-on to reprise the role of Ellen Ripley, and Michael Biehn is in negotiations to return as Corporal Hicks. By my estimation, that means there’s still one more surviving crew member from the U.S.S. Sulaco who truly deserves to return: It would be a travesty for a film that picks up immediately after Aliens to exclude Lance Henriksen’s “artificial person”, Bishop. And I’m not the only one who thinks so: Chris Picard has launched a petition on www.aliensversuspredator.net to drum up support for Henriksen’s reprisal of Bishop (complete with hash-tag: #BringBackBishop). 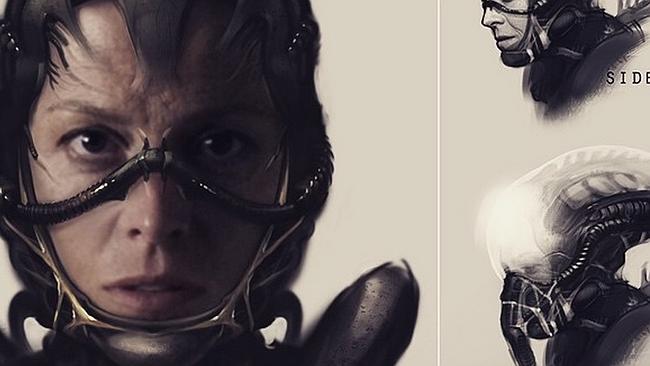 While Lance Henriksen may have never broken through as a truly “mainstream” actor, his contributions to both the horror and sci-fi genres are innumerable. Lance is one of those rare actors with an amazing ability to emote with few words; at one moment, his face can radiate both kindness and empathy—a split second later: Rage and hatred. When he does speak, the instantly-recognizable timber of his voice can fluctuate between soothing and menacing with unusual ease.

Born May 5, 1940 in New York City, his father was a sailor and a boxer and his mother worked as a dance instructor and a model. Before making a name for himself in Hollywood in the 1970’s, Lance served in the US Navy between 1955 and 1958 where he attained the rank of Petty Office Third Class. While his breakthrough role was definitely as Bishop in 1986’s Aliens, he was actually James Cameron’s initial choice to play the title role in the original Terminator (that role eventually went to Arnold Schwarzenegger, while Lance played Detective Hal Vukovich).

Over the past few decades, Lance has appeared in literally dozens of films and shows no signs of slowing down; in most cases, his inclusion in a film can almost guarantee a worthwhile movie-watching experience. This list celebrates his greatest roles in horror movies, performances that prove Lance Henriksen truly is a modern-day genre legend. Enjoy! 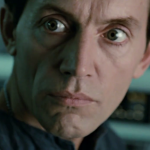 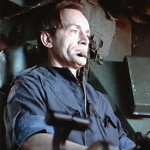 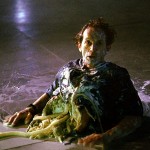 Don’t call him a robot! As Bishop, Lance Henriksen restored out faith in “artificial people” after all that nastiness with Ash (Ian Holm) in 1979’s Alien. Meek and disarming by design, Bishop is nonetheless tough enough obliterate copious alien ass when necessary. No hidden agenda stuffed in this guy’s databanks; with Bishop, what you see is what you get.  You did good Lance.  Really. 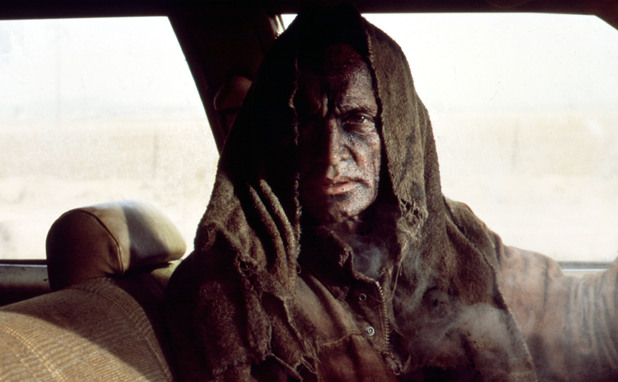 Along with his Aliens alumni Bill Paxton and Jenette Goldstein, Lance Henriksen leads a motley crew of nomadic vampires as Jesse Hooker in Kathryn Bigalow’s breakout hit: Near Dark.   The innate restraint of his acting style stands in stark juxtaposition to the evil that lurks behind his eyes. Even though he’s a ruthless bloodsucker, Jesse Hooker is still a family man at heart, looking out for the wellbeing of his charges. Oh yeah, and you just gotta love that foot-long braided rat tail! It was definitely 1987!

As Ed Harley in Pumpkinhead, Lance Henriksen plays both ends of the spectrum: He’s a kind, doting father and an honest hard working farmer—until some drunk kids on dirt bikes accidentally run down his son, killing him. After that, Harley’s consumed by a need for retribution, even at the cost of his own soul. With the help of a local witch, Harley raises a giant, unstoppable vengeance demon only to learn too late that he is now bound to the beast—forever.

Torquemada in The Pit and the Pendulum (1991, Gordon) 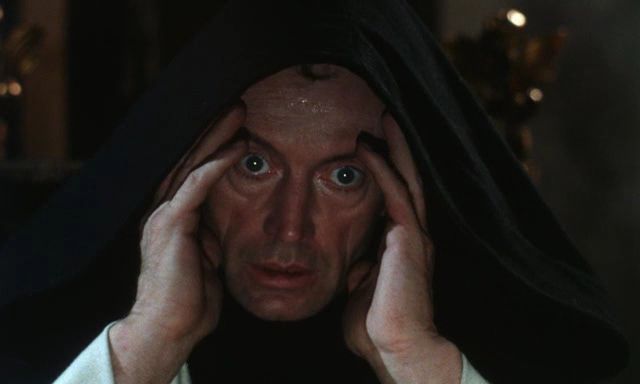 Set in Spain, 1492, Lance Henriksen is a force of nature as Grand Inquisitor Torquemada in Stuart Gordon’s The Pit and the Pendulum. He’s the quintessential mad monk, dispensing fire and brimstone justice while simultaneously battling his own extreme sexual deviance. His religious zeal is matched only by his unabashed sadism, making him an exceptionally menacing antagonist. While he’s only a supporting character, Lance Henriksen kills it as Cole Wilson, the bounty hunter dressed in black in Jim Jarmusch’s offbeat-metaphysical-art-house-western Dead Man. Not only is Cole the most dangerous outlaw chaser in the region, he’s also prone to acts of cannibalism; a scene that shows him feasting on a colleague’s dismembered arm is both madcap and disgusting. Cole Wilson, like other characters portrayed by Henriksen, has a soft-spoken, cool demeanor that hides a particularly dastardly internal demon.

Since the Alien vs. Predator films are vastly out-of-sync with the mythology established in the Alien Franchise (and its little sister Prometheus) it’s difficult to say how Charles Bishop Weyland is related to Bishop from Aliens or Michael Weyland in Alien 3. Still, since he’s played by Lance Henriksen, there’s a continuity that pleases many Alien fans (those who don’t hate AVP on principle, that is). In Charles, we see the kindness of future Bishop, with just a hint of an obsession that suggests something darker lurking in his psyche.

The Stranger’s Voice in When a Stranger Calls (2006, West)

I’ve already mentioned how Lance Henriksen’s unique voice is one of the actor’s major assets, and his role in the 2006 remake of When a Stranger Calls is proof positive. While the actor never appears on screen (when “the Stranger” does appear, it’s Tommy Flanagan, best known as Chibs in Sons of Anarchy), his hypnotic, menacing voice is enough to send an audience clawing up the walls. 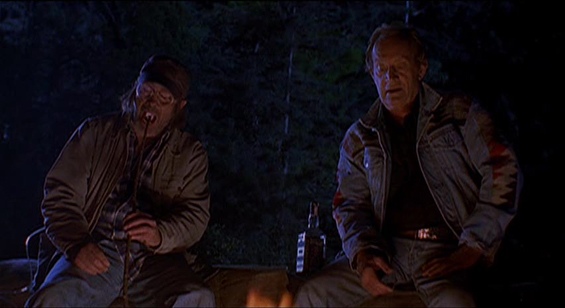 Jeffrey Combs and Lance Henriksen as hillbilly hunters in Abominable

Abominable is, in my opinion, the most entertaining Bigfoot-themed horror movie of all time; and in an awesome film filled with many great roles, Lance Henriksen’s portrayal of Ziegler Dan is a standout. He’s a local hunter who’s keen on sasquatch folklore; a scene where he’s sitting by a fire-pit with a fellow redneck (the unnamed “Clerk” played by Jeffrey Combs) is hilarious in the extreme.

Another outstanding example of Lance Henriksen’s acting and voice abilities is 2010’s Cyrus: Mind of a Serial Killer. While he primarily serves as the film’s narrator, there’s something unnerving about his demeanor; he talks about violence with a cool detachment that makes us wonder if he’s got a hidden agenda. Is Emmett merely a storyteller, or the very perpetrator he’s describing?

2012’s It’s in the Blood is, in my opinion, one of Lance Henriksen’s greatest triumphs—which makes the fact that this film is almost totally unknown a crying shame. It’s not only an unnerving, surrealist nightmare, it’s a poignant examination of a family’s grief. A father and son hunting trip becomes a terrifying ordeal when past demons intrude on the present. For drama, suspense, and thrills, It’s in the Blood is an absolute winner.

Lance Henriksen recently completed filming Harbinger Down, a sci-fi/horror movie that’s drawing comparisons to John Carpenter’s The Thing. While no official release date has been announced, fans like me hope the film will be dropping sometime this year.

Official Synopsis: A group of grad students have booked passage on the fishing trawler Harbinger to study the effects of global warming on a pod of Orcas in the Bering Sea. When the ship’s crew dredges up a recently thawed piece of old Soviet space wreckage, things get downright deadly. It seems that the Russians experimented with tardigrades, tiny resilient animals able to withstand the extremes of space radiation. The creatures survived, but not without mutation. Now the crew is exposed to aggressively mutating organisms. And after being locked in ice for 3 decades, the creatures aren’t about to give up the warmth of human companionship.

What are some of your favorite Lance Henriksen movies or roles? Sound off in the Comments section!