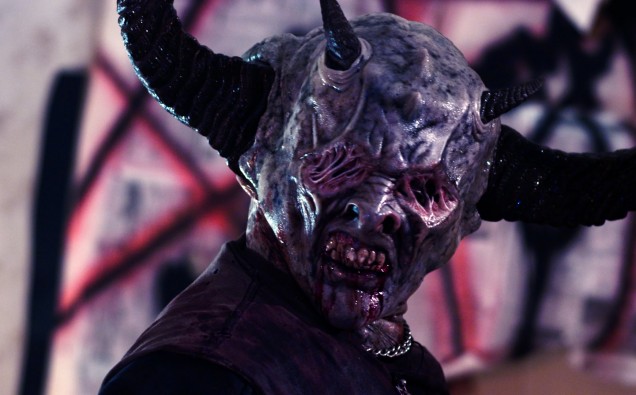 We lost a lot of great members of the horror community this year, making 2015 somewhat somber.  As far as genre films go, however, 2015 was an amazing year; trimming my list of favorites down to only 10 was actually quite a challenge (I could have easily released a Top 20 list this year).  Hopefully, this trend of quality, creative, and original horror movies will continue into 2016—and beyond!

The list below, in no particular order, contains the films that most scared, thrilled, and chilled in 2015.  Enjoy!

The Atticus Institute is probably one of the 10 best Found Footage movies of the 21st Century, and perhaps the most creative twist in the possession subgenre of horror—ever.  This makes the fact that Chris Sparling’s film came and went with such little notice a real bummer.  The story documents failed CIA experiments to weaponized a possessed woman in the 1970’s.  By harnessing a demon’s lethal abilities and applying remote viewing techniques, they hoped to change the very nature of warfare.

The best horror movie of 2015 may just be the funniest; DEATHGASM (spelled in all caps because lower case is for pussies) is an irreverent mix of extreme gore and black comedy that harkens horror comedy heavyweights like Return of the Living Dead. Writer/director Jason Lei Howden thrilled fans earlier this week by announcing DEATHGASM 2 (subtitled: Goremagedon) is in the works; he hopes the film will be ready for rabid consumption in 2016!

The trailer for Goodnight Mommy, the Austrian film also known as Ich seh ich seh, set the internet on fire, making it one of 2015’s most anticipated releases.  Goodnight Mommy is an exploration of identity as it relates to perception—and much more.  It requires a level of attention that pulls viewers into the action to the point of culpability, resulting in an extremely impactful experience.

Bone Tomahawk may have come late in 2015, but it still manages to rank high on many Top 10 lists.  S. Craig Zahler’s epic blends brutal old west authenticity with extreme horror, resulting in a haunting hybrid.  Bone Tomahawk delivers a truly terrifying manifestation of the primitive, putting the flesh-eaters of Eli Roth’s Green Inferno to shame.  The humor in this film is so subtle at times, you may not realize that comedy is nearly omnipresent.

Landmine Goes Click is a revenge horror masterpiece, perhaps the best of its ilk since Last House on the Left in 1972.  With some incredible twists and an emotionally devastating climax, this one sticks with you long after the end credits.  Definitely not for the squeamish!

While Eli Roth’s cannibal survival epic may have been unfairly bumped for distribution in 2014, the good news is it was worth the wait!  The Green Inferno is an excellent throwback to cannibal horror movies of the early 1980’s, and also serves as a satire-rich indictment of modern “hash-tivism” (armchair internet activism).  Filmed on location in Peru with an actual indigenous tribe, the movie is a thrilling romp with plenty of gory eye candy.

With The Gift, writer/director/lead actor Joel Edgerton has essential launched a new subgenre: Emotional Horror.  Definitely a slow burner, this one will nonetheless keep you tense and riveted throughout.  Like the ancient Chinese method of torture and execution, The Gift is a psychological death by 1000 cuts: No single blow is fatal, but the combination of smaller injuries proves utterly devastating.  Edgerton demonstrates that a bump in the night is much more frightening than a crash of thunder.

I sometimes feel like the only horror blogger on the planet who enjoyed The Gallows—I loved it actually!  The setting of this bare-bones offering, an empty school theater at night, is surprisingly unnerving.  The backstory was provocative and the young cast excels, delivering a final twist with significant kick.   Don’t believe the haters; if you passed on The Gallows in 2015, go back and give it a whirl.

Like The Babadook in 2014, It Follows is a metaphorical chiller that was both lauded and blasted within the horror community.  There’s a surreal, dream-like logic that permeates the film, making it difficult to for some genre fans to find their bearings.  The film is both timely and retro in feel and aesthetic, like a parallel universe that only mostly resembles our own.  Those who did connect with the film were impressed by its ability to keep us in a state of near constant suspense—even after the final credits.

I’m absolutely serious: Zombeavers was one of the best horror romps of 2015.  Yes it’s crass and immature, but it’s also brilliantly irreverent and wildly inventive.  The animatronic killer beavers are purposely low-tech, looking like rabid rejects from a local Chuck E. Cheeses.  The young cast has an amazing frenetic energy and the humor is blisteringly low-brow—although there are actually fewer vagina jokes than you might expect.