Perfect entertainment for Oct. 31st and the days leading up to it! 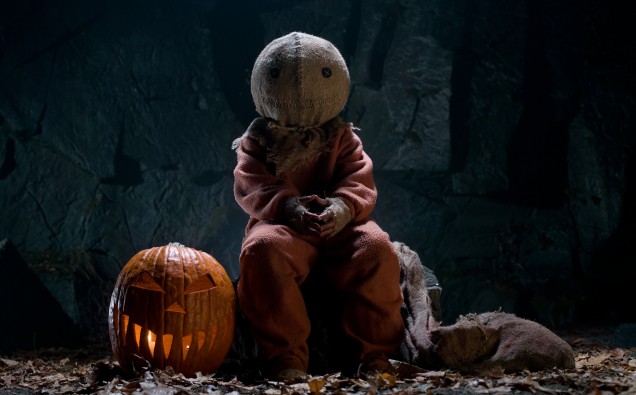 It’s that special time of year all horror fans love, when the days leading up to Halloween feel like nonstop celebrations of all things creepy & macabre.  It’s a time when even those who would never classify themselves as genre fans can’t help but get in on the fun, so seize this opportunity and convince any resistant friends or family that horror is a fantastic form of entertainment—all year long!

The ideal film for a Halloween group watch, in my opinion, should be funnier than scary—and gross as hell!  You want a movie that’ll get big laughs and big groans without sending sensitive viewers fleeing in abject terror.  For these reasons, seasonal mainstays like Halloween (1978, Carpenter) and Friday the 13th (1980, Cunningham) don’t make the cut here: Too scary and suspenseful.  While rarely humorless, this type of intense movie is likely to bring the festive mood of your Halloween gathering crashing down.

Of course Trick ‘r Treat (2007, Dougherty) deserves a spot on this list, as it perfectly embodies the irreverent & mischievous spirit that is Halloween.  But since it’s likely to appear on (literally) hundreds of other lists, I thought I’d shoot for some originality.  Go ahead and consider it an honorary 11th entry.

Have fun and stay safe this Halloween!

Since this is the first Halloween since beloved horror director Wes Craven shook his mortal coil, it seems not only appropriate, but absolutely necessary to include one of his films on my list.  Not did Scream have a significant cultural impact, it’s funny as fuck (thanks in no small part to a crackling script written by Kevin Williamson).  If you plan on paying tribute to a true Master of Horror this Halloween, Scream is a perfect party companion. 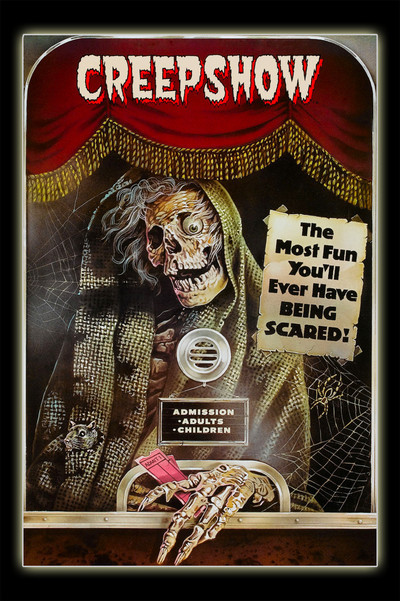 A black-comedy horror anthology directed by George A. Romero, written by Stephen King, and brought to life by pioneering FX guru Tom Savini?  Yes please!  Creepshow is a perfect combination of gross-out comedy, angst, and nastiness.  The movie contains five twisted tales or terror (two based on short stories written by Stephen King) bookended between an animated story that solidifies an intended comic book aesthetic.

A horror comedy with heart and soul, Tucker and Dale vs Evil is the best genre send-up since Scream.  There’s plenty of gore and madcap violence, but there’s a morality tale at the root of it all: Never judge a book by its cover.  In just a half-decade since this scrappy indie stormed the festival scene, Tucker and Dale vs Evil is well on its way to becoming a bona fide horror classic. 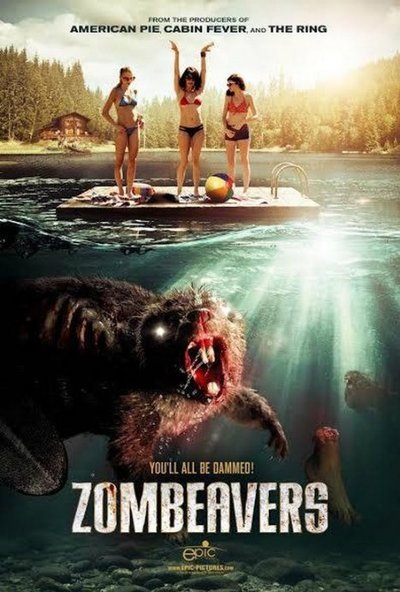 The nasty pun in the title got this film plenty of attention, but the genuinely awesome script and side-splitting FX (comprised of retro animatronics) make it a must-watch for horror fans—and a perfect candidate for your Halloween viewing pleasure.  And even though there are fewer vagina jokes than you might expect in a film called Zombeavers, there’s still plenty of gratuitous sex and nudity. 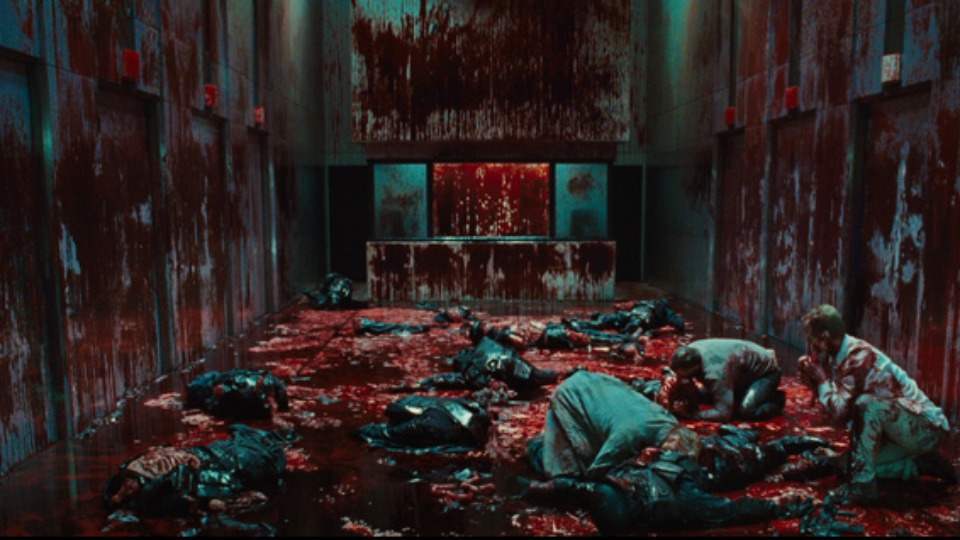 In the mood for a horror movie that obviously spent a billion dollars on special FX?  Cabin in the Woods is blood-soaked eye candy backed up by a wicked script penned by Joss Whedon.  Prepare to take a trip down the rabbit-hole like never before.  Cabin in the Woods is more than just a great horror comedy and a guaranteed crowd-pleaser, it’s also one of the best stoner comedies since Half Baked.  Essentially, weed saves the day!

Speaking of great horror movies that are guaranteed crowd pleasers and outstanding examples of stoner comedy, Idle Hands will definitely satisfy mischievous Halloween revelers.  The gore is fantastically slap-stick, but the terror never rises above Buffy the Vampire Slayer levels.  Here’s another selling point: This movie actually takes place on Halloween!  Idle Hands features a budding Jessica Alba looking ever so nubile, but what I appreciated most was a scene where “Paul Stanley” has sex with “Gene Simmons”.  Guess who’s on top? 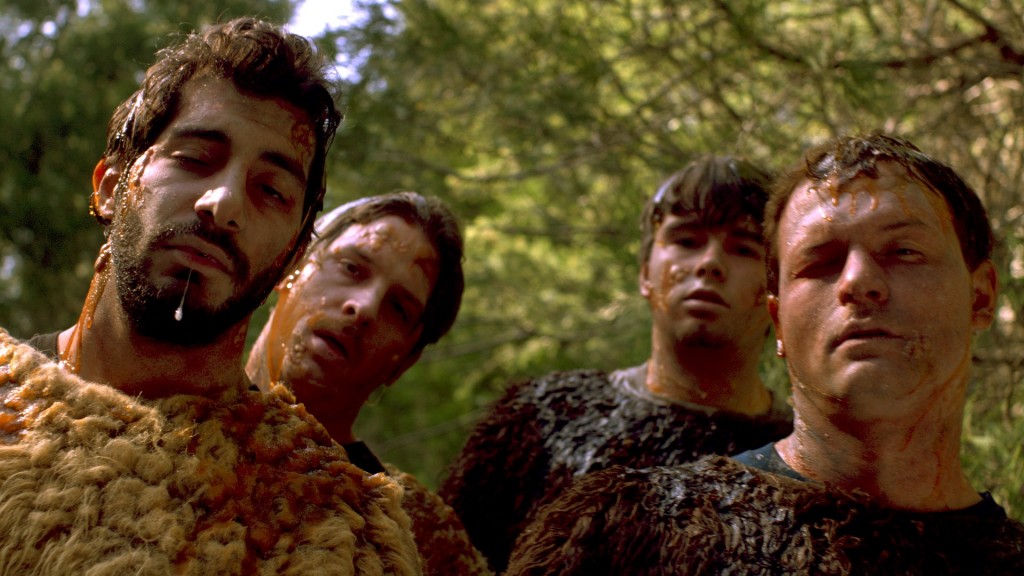 How this gem managed to slip below most horror fans’ radar is a mystery to me, because Love in the Time of Monsters absolutely kills it!  If the idea of a zombified Kane Hodder in a Bigfoot costume shooting electricity from his fingertips intrigues you, add this one to your must-watch list immediately—even if you don’t plan on watching it this Halloween.  While it certainly isn’t high art, it’s got “Cult Classic” written all over it. 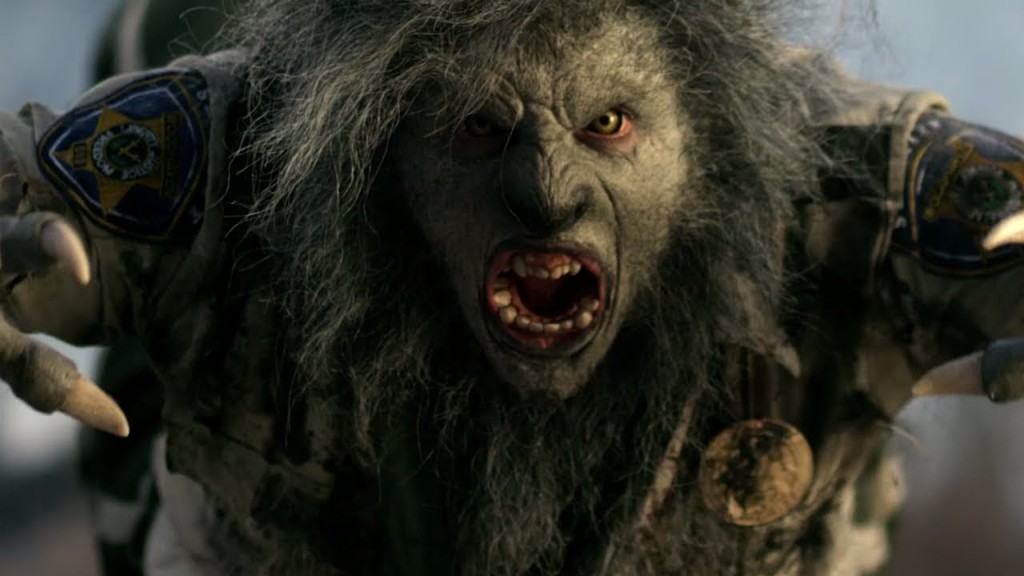 The titular antihero in Wolfcop is a future horror icon, and the film itself makes for perfect Halloween entertainment.   At 77 minutes, there’s no room for fluff in Wolfcop, just nonstop horror comedy of the excessively violent (and fury) variety; the practical FX and the script are both top-notch.  While sleazy drunken encounters abound, there’s a surprising amount of heart in this indie kicker—making me extremely excited for the sequel!

What do you plan on watching this Halloween and in the days leading up to it?  Do you have a seasonal favorite?  Sound off in the Comments section!