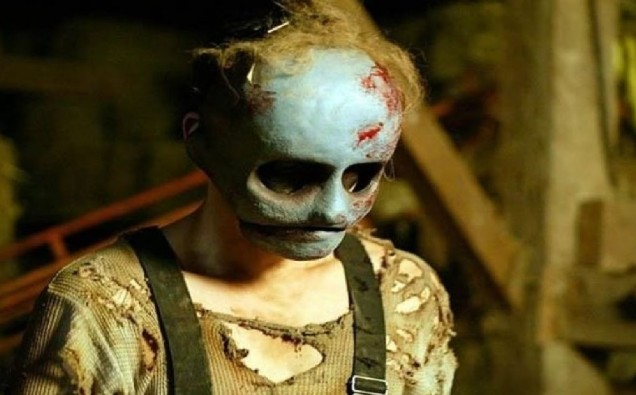 As we embark on a new year of terrifying horror movies, it’s fun to look at our favorite genre chillers that are turning 10-years-old in 2016.  It’ll make you appreciate how quickly the years fly by!  It’s also interesting to reflect on what was popular a decade ago vs current trends in the industry.  Mostly, it will make you appreciate awesome horror films that withstand the test of time; ten years later and these gems still sparkle!

Abominable is definitely an unsung masterpiece; you’ll be hard pressed to find a bigfoot-themed horror movie that as intelligent, funny, and gory as this winner.  With an original backstory that plays out like a twist on Hitchcock’s Rear Window, Abominable features Lance Henricksen and Jeffrey Combs in truly hilarious supporting roles.  Enjoy this one with some brews and buddies!

Behind the Mask: The Rise of Leslie Vernon (Written and Directed by Scott Glosserman)

It’s hard to believe Behind the Mask is turning 10-years old in 2016.  The film is destine to be remembered of one of the best genre films of the 2000’s; fans are still hopeful for a sequel (or a prequel), something sure to cement Leslie Vernon’s status as a bona fide horror icon.  The film is a brilliant merger of Found Footage and more traditional cinematic storytelling with a smart twist and plenty of laughs.  Also: cameos galore!

I always felt Turista was unfairly labeled as a Hostel rip-off when it’s really something else entirely.  Yes, both films can be taken as a warning against hedonistic exploitation of poor cultures, but that’s where the similarities end.  Turista is built on urban legends regarding black market organ trafficking and includes an absolutely riveting underwater chase scene that will leave you gasping!

Cold Prey (aka Fritt vilt) is a modern-day slasher than never feels like a throw-back or tribute to the subgenre’s 1980’s heyday.  Vaguely reminiscent of The Shining, it introduces a villain who could probably go toe-to-toe with Jason Voorhees!  Cold Prey has both a sequel and a prequel, making it one of the most successful genre franchises of the 21st Century.  Proof that Scandinavians do horror right!

Released in the UK in 2006 and in the US the following year, The Devil’s Chair is another underappreciated sleeper that deserves a second look.  It will resonate with fan of Clive Barker (as it clearly draws inspiration from Hellraiser) as well as fans of drug horror and films set in creepy old asylums.  The film also features plenty of awesome practical FX and enough bloody viscera to satisfy even serious gorehounds.

The best “Zom-Com” since Return of the Living Dead, Fido is a surprisingly poignant for a movie about undead cannibals.  A retro-futuristic spin on cold war paranoia and 1950’s era suburbia, Fido presents a world teeming with the undead where walkers can be domesticated.  It’s also a roaring satire of the stereotypical nuclear family.  Billy Connolly kills it as the titular Fido, a zombie who turns out to be more human than most.

The Hills Have Eyes (Written and Directed by Alexandre Aja)

The Hills Have Eyes is proof that remakes can be done incredibly well.  Not only does Alexandre Aja’s revision pay proper tribute to the source material, it takes many unique and ghastly turns, making it a force in and of itself.  The mutant FX are amazing, the scope is grand, and the horror is relentless; this one will likely leave you rattled!

Christopher Smith is best known for his later films, Triangle and Black Death, but Severance is unique in his filmography in that it’s both gruesome and incredibly funny.  It’s about a corporate team-building retreat that goes ridiculously wrong!  You’ll never look at meat-pies the same!

Perhaps the most underrated Horror Comedy of all time, it’s been 10 years since Slither grossed out genre fans worldwide.  The alien is definitely the most outlandishly terrifying extraterrestrial since John Carpenter’s The Thing.  Michael Rooker is a consummate scene-stealer as the morally challenged Grant Grant.  Slither delivers thrills, but it’s funnier than it is scary—and delightfully disgusting!

What are your favorite horror movies turning 10-years-old in 2016?  Sound off in the Comments Section!