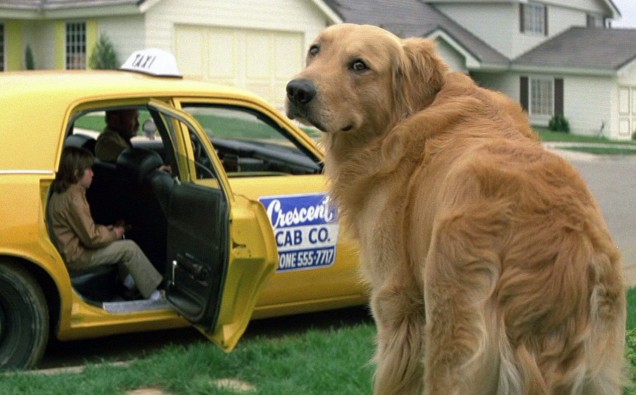 It’s often noted as a contradiction and an oddity: The fact that even fans of the goriest, most violent horror movies hate to see animals getting hurt on film—especially dogs. Even though we know it’s fake, there’s something so upsetting about cruelty to canines that even those with nerves of steel can be seen flinching.

Personally, I believe that 99% of people on earth suck, so I have no problem watching them get slaughtered. On the other hand, 99% of dogs are awesome, amazing creatures, so even a fictional portrayal of violence against one is offensive.

Horror filmmakers know exactly how unsettled we get by depictions of animal cruelty, and they use this to their benefit—or rather, to our disadvantage. Because, let’s face it, when a dog goes chasing after something that goes bump in the night in a movie, we automatically assume its doomed. This gets an audience emotionally invested, and increases hatred towards an antagonist.

Some people will flat out refuse to watch a horror movie if it depicts a dog getting killed. For these folks, there’s a handy online resource to reference at www.DoesTheDogDie.com. This site lists over 1,000 films featuring canines with a legend that lets you know at a glance if the dog lives, dies, or escapes with injury.

After reviewing this online resource, as well as the titles in my personal horror collection, I’ve compiled the below list: the Top 10 Horror Movies Where the Dog Lives. Enjoy! 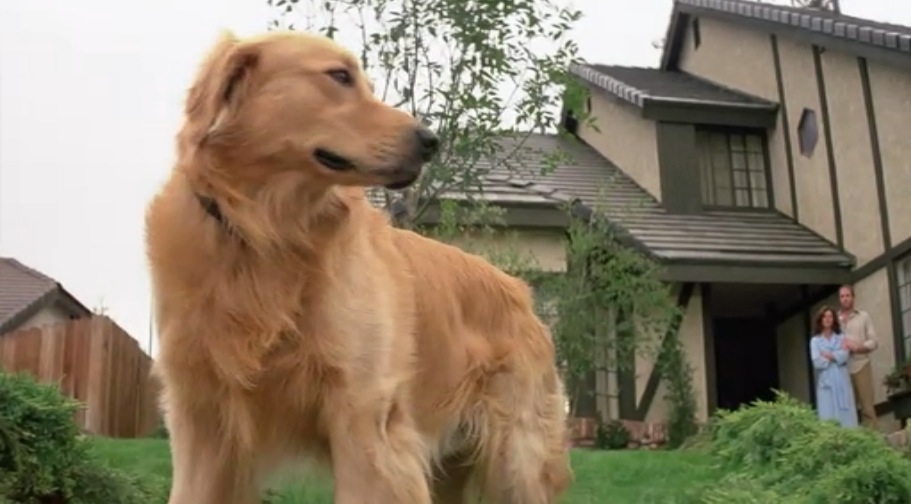 The Freeling family dog, E. Buzz, is one of the first to sense ghostly apparitions in the new home, but he makes it until the film’s conclusion alive—just like every other character in Poltergeist. The film has a body count of zero. In fact the only life lost in Poltergeist was Carol Anne’s bird, Tweety; Tweety may have been killed by otherworldly forces, or her death might just be a coincidence. 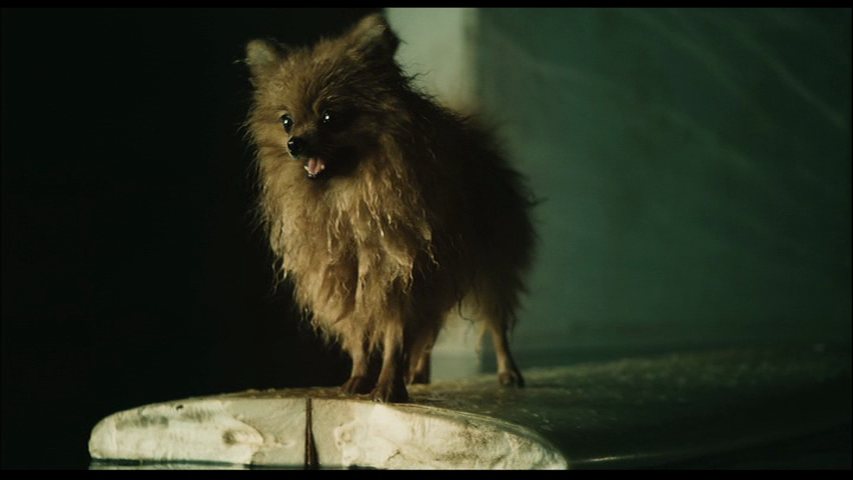 This natural disaster saga from Down Under delivers a triple-threat with an earthquake, followed by a tidal wave, followed by an invasion of bloodthirsty great white sharks! Kyle and Heather (played by Lincoln Lewis and Cariba Heine) are trapped in a flooded underground parking lot teeming with man-eaters. Making their situation more stressful is Heather’s tiny dog who won’t stop yapping. Annoying dogs are especially at risk of dying in horror movies, but this little bugger makes it out just fine—which is more than I can say for Kyle! 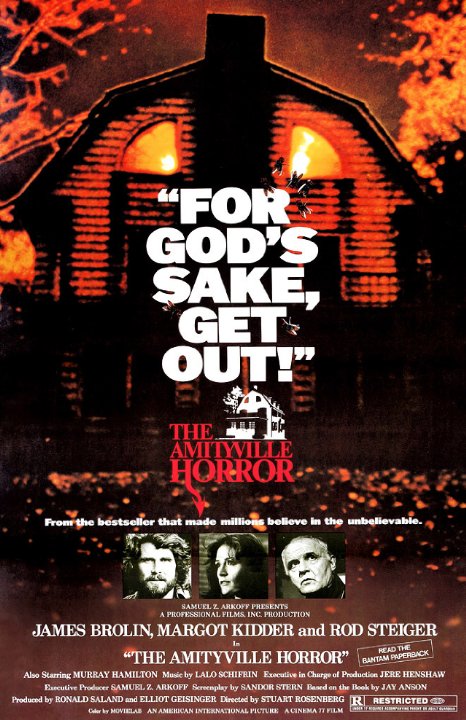 Like Poltergeist, The Amityville Horror packs powerful thrills and inspires genuine terror without any characters dying—and that includes Harry, the Lutz family dog. Unfortunately, his counterpart in the 2005 remake doesn’t fare so well, meeting an untimely demise after at the business-end of an axe. Add this to the long list of reasons this remake quite inferior to the original. 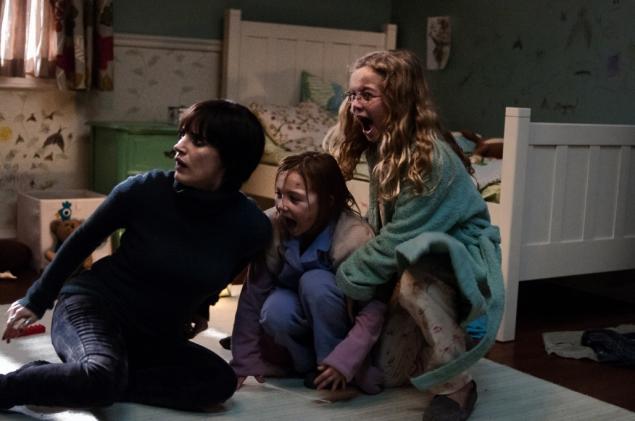 Don’t get me wrong, Mama is emotionally devastating—but at least the dog doesn’t die! 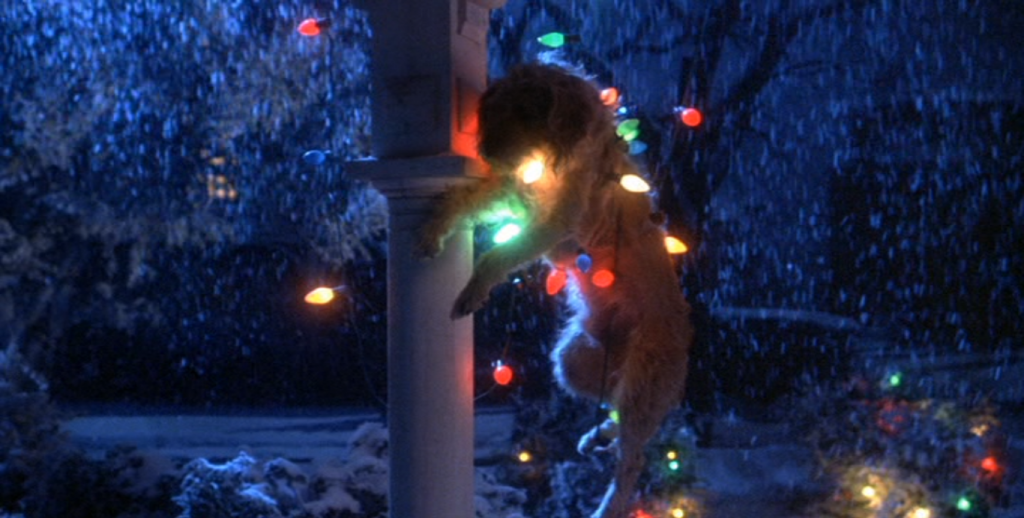 In the original screenplay, the titular Gremlins actually ate Billy’s dog, Barney! They also killed Billy’s mom and used her head as a bowling ball! We’ll never know how a more violent version of Gremlins might have faired theatrically, but in the version we all know and love, Barney lives to bark another day (even after getting strung-up in Christmas lights). 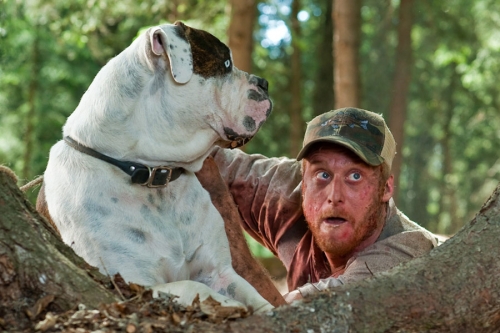 Poor Tucker and Dale. They’re just a couple of friendly hillbillies looking to relax at their vacation cabin in the woods—but without warning, they’re beset upon by a gang of drugged-out, psychotic, suicidal college students! They even kidnap Jangers the dog! The good news is, Tucker, Dale, and Jangles all live through this terrifying ordeal.

Paranormal Activity: The Marked Ones (2014, Landon) 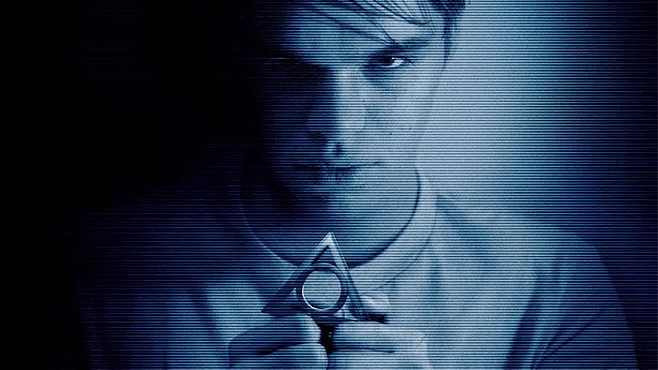 One of the most shocking moments of Paranormal Activities: The Marked Ones comes when possessed Jesse (played by Andrew Jacobs) uses demonic powers to telekinetically push his poor dog along the ceiling. It’s difficult to watch as the dog yips and yaps in terror while Jesse laughs with wicked delight. While witnessing any degree of canine discomfort sucks, we’re eventually relived when the dog is released unharmed. 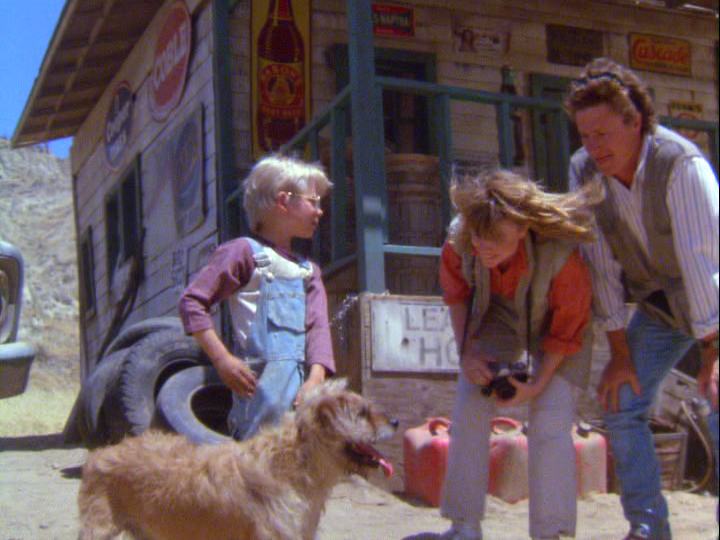 Horror fans with a soft spot for canines will be pleased to know that Ed Harley’s dog, Gypsy, survives the film. Of course, the only thing more difficult to watch than a dog dying is a child dying, so don’t expect an easy watch! 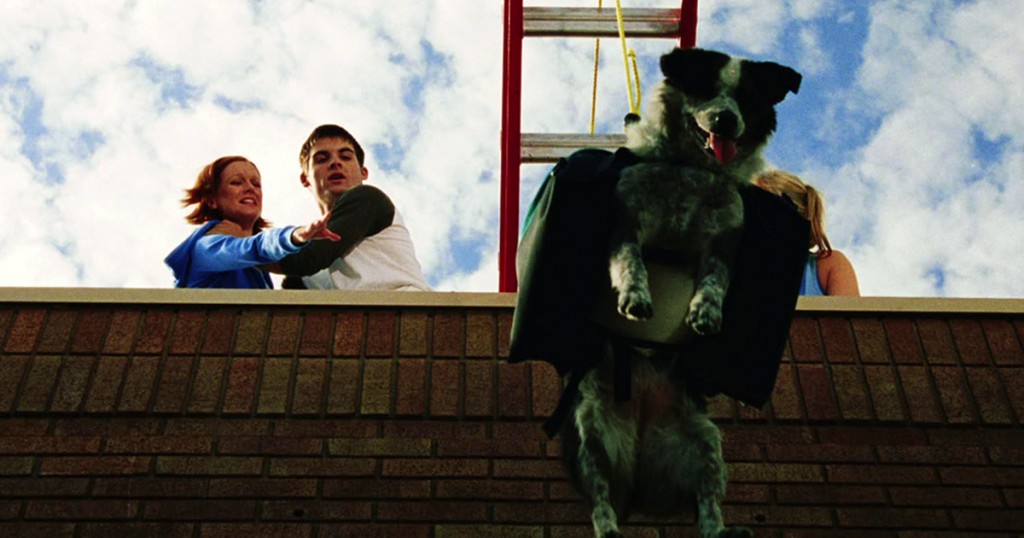 Few dogs display the kind of heroism shown by Chips in 2004’s remake of Dawn of the Dead. This pooch with nerves of steel managed to maneuver through a horde of zombies unscathed to deliver supplies to a stranded comrade across the street.

Sam’s dog Nanook doesn’t simply survive The Lost Boys, he even kills one of the vamps himself by knocking the blood-sucker into a bathtub filled with holy water. Good boy, Nanook!

BONUS: The Cat with Nine Lives 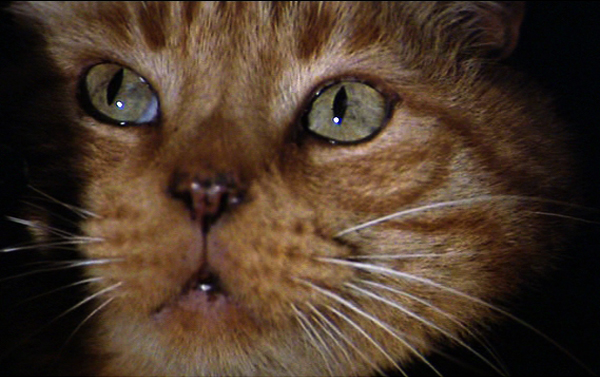 Cat people love their feline friends as much as dog people love their canines. To that end, I decided to include Jones from Alien. Ripley (Sigourney Weaver) risks her life to retrieve her pet cat from the Nostromio, even though the ship’s self-destruct sequence is quickly counting down. Ripley may have lost her entire crew, but at least she had Jones to keep her company during her long trip home again.

Do you squirm whenever a dog gets hurt or killed in a horror movie? Sound off in the Comments Section!