Check into one of these establishments and you may never check out! 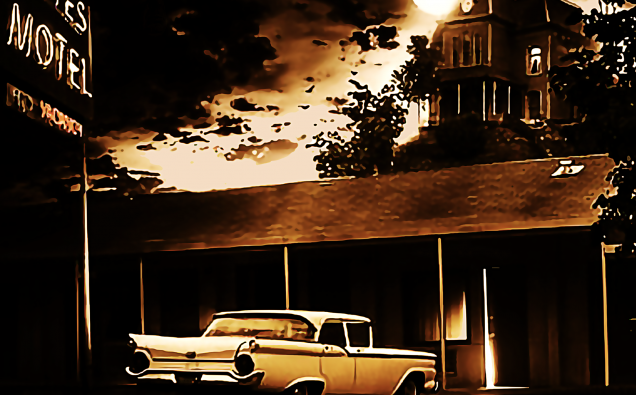 Fans of American Horror Story had a lot to get excited about this week with a couple major announcements: First it was revealed that Grammy-winning pop-singer Lady Gaga would be the star of the next chapter and, second, that the theme for the upcoming season will be “Hotel”. Personally, I’m not especially impressed by Gaga’s inclusion; I know nothing about her acting abilities, so I’ll withhold judgment there. What I do know, however, is that she has no reputation whatsoever in the horror arena and, frankly, I’m concerned about what her participation signals about the mainstream commoditization of our beloved genre—but that’s an article for another time. 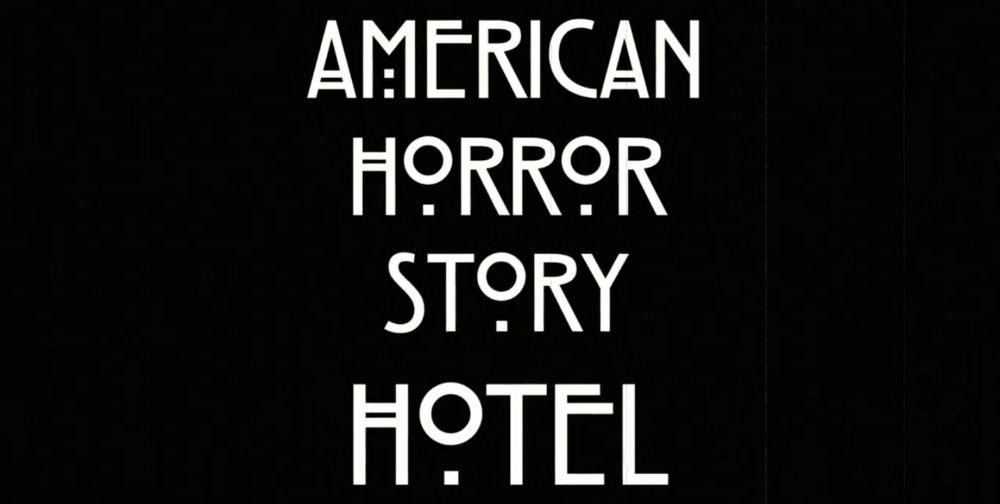 But the announced theme for Season 5 of AHS, “Hotel”, now that gets me excited! Hotels, motels, inns, and hostels have a long history in horror cinema, tapping into common anxieties about leaving home for extended periods of time (and losing an important sense of security). While these establishments strive to create a sense of luxury, the transient nature of hotel residents and the dark underbelly of hotel life makes for terrifying postulations. These are, after all, unfamiliar surroundings that are run by complete strangers—strangers who just might have sinister agendas.

Even if they have impeccable reviews on Trip Advisor or Travelocity, you’d be smart to steer clear of the hotels on this list. Enjoy!

The Bates Motel in the Psycho Franchise 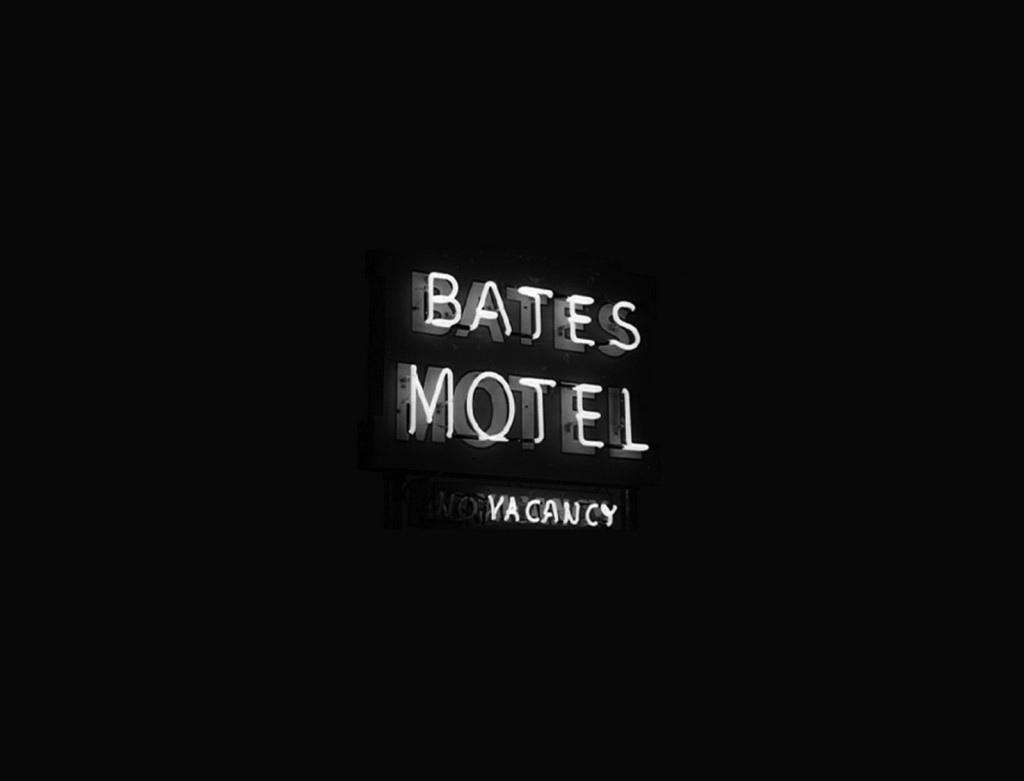 The Bates Motel from Psycho is probably the first place that springs to mind when discussing hotels of horror. Located on a dusty stretch of desert highway between California and Nevada, this modest establishment is known for the ominous estate that sits on a hill above it; that’s where the odd yet friendly proprietor lives along with his mentally unstable mother.   If you do find yourself stuck at the Bates Motel, be sure to sleep with one eye opened—and don’t even think about taking a shower!

The Overlook Hotel in The Shining (1980, Kubrick) 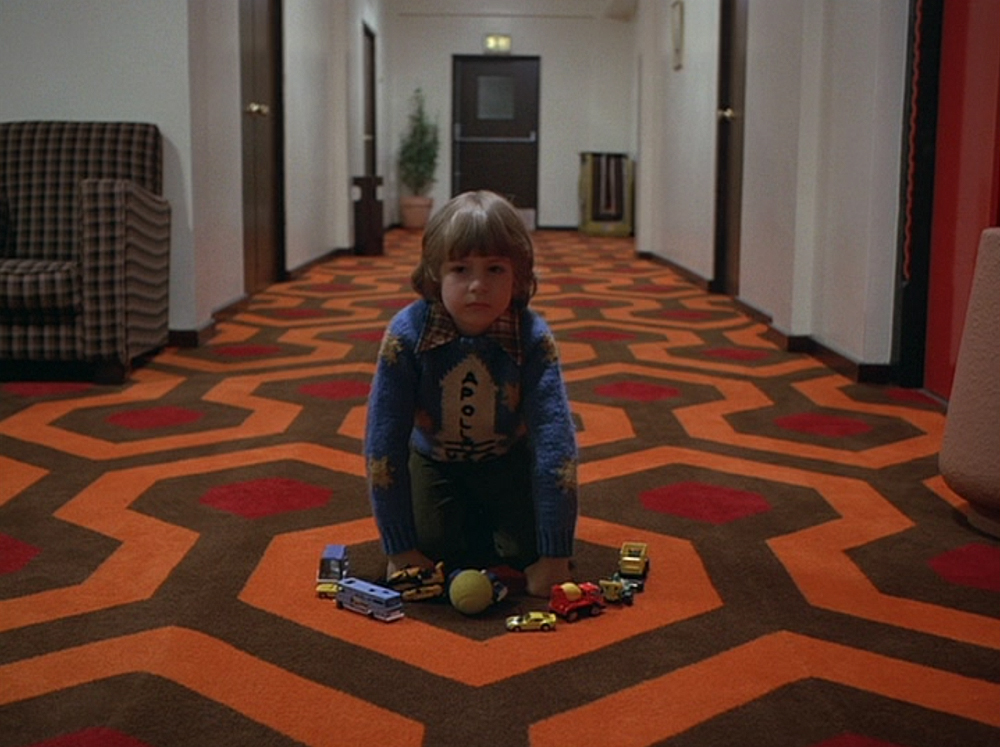 The Bates Motel may be the first hotel of horror, but The Overlook is, hands down, the most terrifying. Not only is it haunted by all manner of supernatural entities, its extreme isolation makes it practically inescapable. The Overlook is perhaps the most examined fictional establishment in cinema, with countless fan sites containing floorplans where film buffs espouse theories ad nauseum. It’s hard to say whether the hotel breeds madmen or simply attracts them, but there aren’t many people who would willingly trap themselves in a place where multiple murders occurred—for months! If you do happen to find yourself at The Overlook, stay the hell out of Room 237!

Farmer Vincent certainly seems like a friendly fellow; he and his sister Ida run the Motel Hello on an idyllic rural highway. Those who check in, however, often find themselves buried up to their necks in the macabre garden out back. See, Farmer Vincent and his sister have another business: Making meat fritters. Oh yeah, and they’re cannibals. Those who enjoy Farmer Vincent’s vittles remain blissfully unaware of the “secret ingredient”. If you do find yourself spending the night at the unassuming Motel Hello, beware the chainsaw-wielding pig-man! 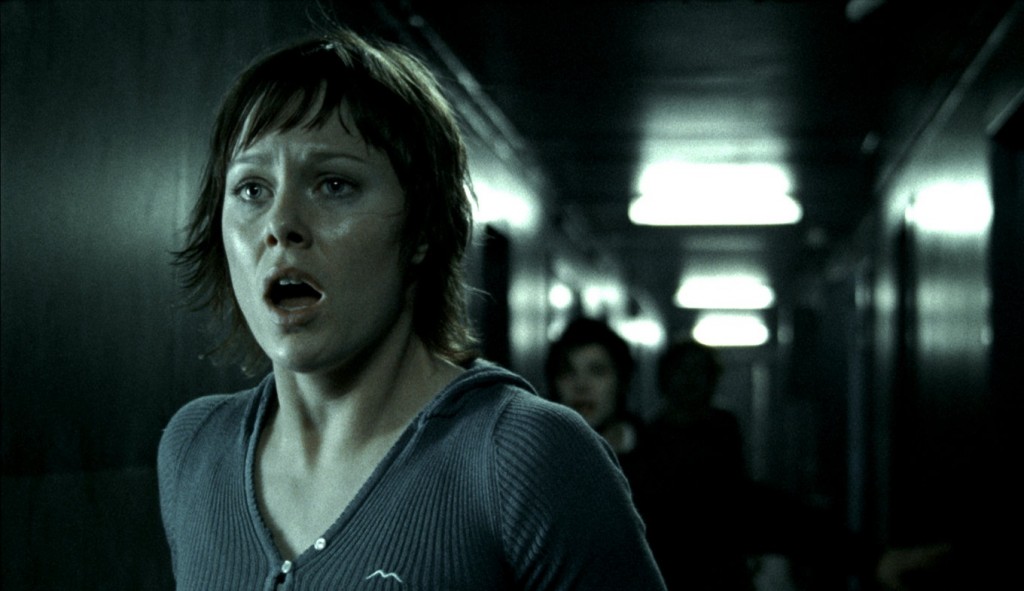 The burned out ski lodge in the Jotunheimen Mountains of Norway has been abandoned for years—and with good reason: A hulking homicidal mountaineer has taken up residence in the frigid establishment. When a group of snowboarders seeks shelter there to attend to a comrade’s broken leg, they have no idea of the mortal danger lying in wait. Director Roar Uthaug was clearly influenced by the Overlook Hotel when he designed this stately yet imposing lodge that’s also extremely isolated (look for Easter eggs if you don’t believe me). If you do seek shelter here, be sure to sign the guestbook—and your last will and testament!

The Italian ocean liner Antonia Graza catered to the world’s wealthiest travelers, until, in 1962, a bizarre accident decimated the guests and the crew. While all cruise ships are, essentially, floating hotels, the Antonia Graza feels like The Overlook’s little sister. After 40 years adrift, the supernatural forces on board are strong—and sinister. If you find yourself on the deck of the Antonia Graza, just grab yourself a life preserver and jump! 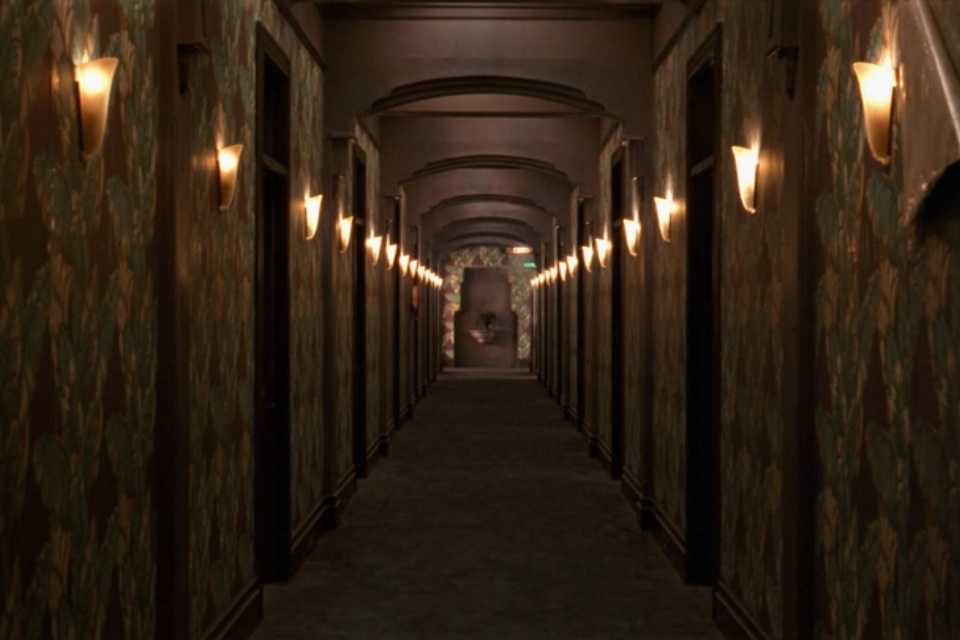 The Coen Brothers are famous for making films that defy easy genre classification; and while Barton Fink might not be a horror movie in the strictest sense, the Hotel Earle, where much of the film is set, is nothing short of terrifying. Stately, yet ominously underpopulated, the gloomy atmosphere is unusually palpable; a pervasive sense of dread builds throughout the film until an absolutely mind-blowing conclusion. If you do book a stay at the Hotel Earle in Los Angeles, never interact with your neighbors—and never make a noise complaint. (And don’t open the box!)

This place uses the promise of good times and easy women to lure hormonal male travelers to their demise; the fictional Slovakian hostel in Hostel is actually a front for Elite Hunting, a company that provides torture victims to the rich and psychopathic. The whole town is in on the con, so you’re pretty much doomed from the moment you arrive. If your travels do take you to this seductive corner of Slovakia, just keep on trekking, brothers; I don’t care how fine the booty is, it’s just not worth it! 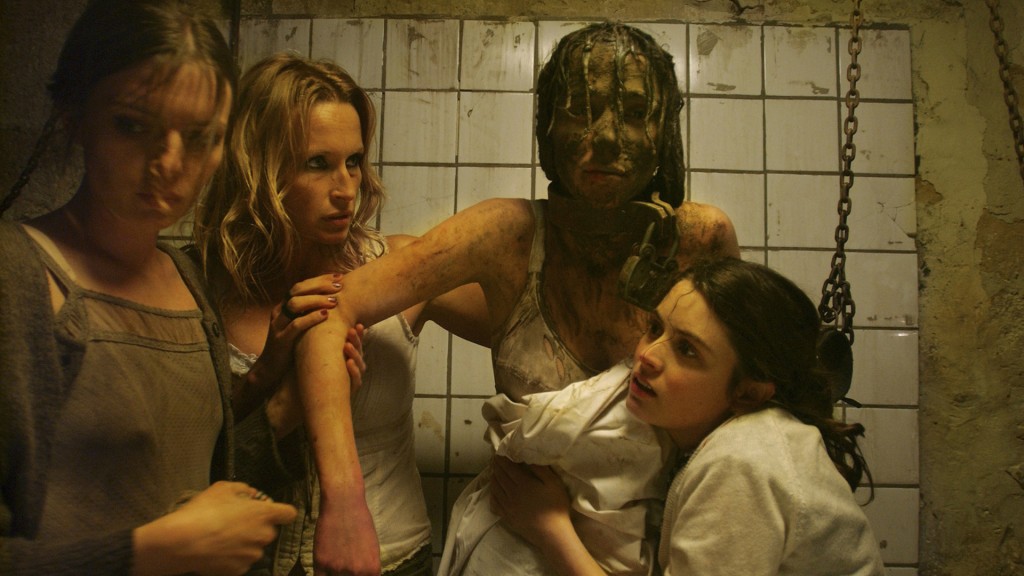 What makes the Pinewood Motel in Vacancy so dangerous is that it is completely unassuming, indistinguishable for tens of thousands of other venues that cater to road-weary travelers crisscrossing America’s highways. It doesn’t look haunted or decrepit; it isn’t filthy or filled with crack-heads. It’s just a plain old, boring old, normal old motor lodge—where they happen to produce snuff films. Even if you’re dead tired and the Pinewood Motel is the only establishment for miles, keep on driving. You’ll be much safer sleeping in your car!

The Dolphin on Lexington Avenue in New York City is a first class hotel, no doubt about it; Room 1408, however, is a completely different story. Most people who hear that 56 people have died in that particular room over the past 95 years, and that no one has lasted more than an hour, would gladly stay far away. Those skeptical (or stupid) enough to demand that particular room will endure a terrifying supernatural experience without equivalent; it’s a personal hell that has people begging for death. If you do find yourself inside Room 1408 in the Dolphin—you’re fucked.

What are some other horrifying hotels in film? Sound off in the comments section!